ekm’s 31 NIGHTS OF HORROR: EVENING 24 – FRANCHISES THAT SORTA BUT NEVER WERE

ekm’s 31 NIGHTS OF HORROR: EVENING 24 – FRANCHISES THAT SORTA BUT NEVER WERE 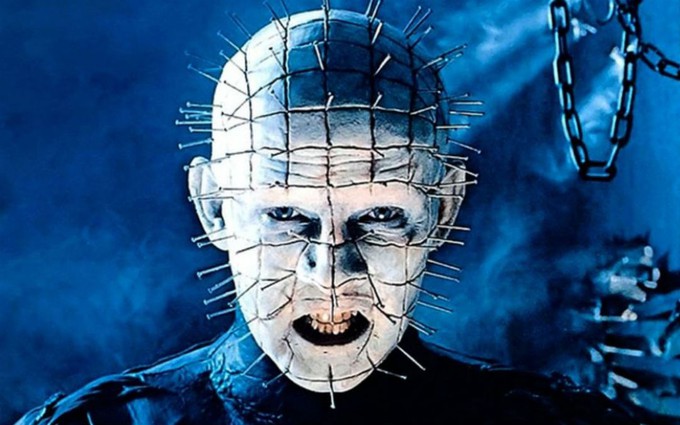 I began my scathing attack on the HALLOWEEN film series by warning readers that I’d likely lose whatever credibility I’d managed to accrue since beginning my time here at AICN this past spring.  Trash-talking beloved movies is certainly nothing new to me, though it’s always been my intent to say: You don’t have to agree with me; but I’m here with an informed opinion, and my arguments come from a critical place that’s bolstered by my love and appreciation of film, and the creative process in general.  In other words, I think about this stuff, and always hope that any teardown is viewed as something more than I don’t like it because I don’t like it.

With that said, there are certain franchises that do nothing for me, and I (hope) I can articulate why.  Typically, it has less to do with personal taste than with the handling of an expanding, sequel-based narrative.  My dismissal of the Michael Myers saga had less to do with the actual content of the films themselves than the fact that the content contained therein is constantly contradicting itself, due in large part to the series hitting the reset button so many times that it’s almost impossible to follow.  By contrast, FRIDAY THE 13TH is so much fun because it lacks HALLOWEEN’s air of self-seriousness, and clearly doesn’t give a fuck whether it makes sense or not.  There are no attempts to clear the slate and redefine itself; it just keeps going, adding or subtracting from previous entries, rather than having the heroine from the first installment repeatedly coming back as what is essentially a new character altogether.

Clearly I’m wrong, though, because HALLOWEEN endures.  It’s never reached the level of popularity of, say, A NIGHTMARE ON ELM STREET or the Voorhees saga; yet it refuses to die, like an escaped lunatic fallen from a bedroom window.  The very fact that it can experience (suffer?) so many reboots is proof of the brand’s longevity.

But what about the franchises that don’t have that level of appeal?  The ones that never quite took off, or existed only in the form of Direct to Video release?  Why didn’t they experience a similar mainstream appeal, and yet enjoyed an intense cult following by way of sequels no one else ever saw?

The first and most obvious series is THE TEXAS CHAINSAW MASSACRE, which functions as a bizarre hybrid of these two models.  Tobe Hooper’s original film is a stone-cold classic, and its rather poor quality enhances the experience rather than detracting from it; the grungy, DIY style lends credence and believability, and introduces the rather unsettling feeling that we’re watching a documentary, if not a Snuff Film.  It’s that “one step up from porn” atmosphere I wrote about previously, and one that’s missing from every entry that followed.  The first sequel descends into camp lunacy, and drew most of its views based on VHS cover art that promised a different film altogether.  The third film – promoted via a bizarre EXCALIBUR-themed teaser trailer – is best known among aficionados for 1) being one of the earliest soft reboots; 2) having multiple versions that are all basically the same thing; and 3) featuring a young Viggo Mortensen; it’s not remembered by mainstream audiences for these or any other reasons.  The fourth film sat on the shelf and was (seemingly) only released on video to capitalize on the sudden emergence of then-unknown stars Matthew McConaughey and Renee Zellweger.*  The 2004 remake launched TEXAS CHAINSAW (and star Jessica Biel) into the mainstream, but its sequels went largely unseen, and the series now languishes, largely forgotten save for the original film.

Likewise curious is the OF THE DEAD movies.  If THE TEXAS CHAINSAW MASSACRE remains one of the most influential independent Horror films of all time, its immediate predecessor, NIGHT OF THE LIVING DEAD, warrants similar consideration.  Romero’s zombie classic is the zombie classic, and the template for nearly every successor that followed.  The problem is that the template swiped by later filmmakers was Xeroxed by Romero himself, both in DAWN OF THE DEAD and DAY OF THE DEAD.  You have a mix of people from different social and ethnic backgrounds trapped in a single location, and their prejudices and hostilities are given free rein as flesh-eaters try to get inside.  Hardly an original concept (Serling had already toyed with similar ideas in TWILIGHT ZONE episodes like “The Shelter”), NIGHT OF THE LIVING DEAD is nonetheless the finest example of the subgenre.**  Whatever the merits or deficiencies of the sequels, LAND OF THE DEAD, the late-to-the-party fourth entry, played theatrically to largely empty movie houses, and the following episodes – DIARY OF THE DEAD and SURVIVAL OF THE DEAD – went straight to Blockbuster, where they fared better than they otherwise would have had they gone the more traditional route.

If any series deserves recognition for the most number of sequels, it’s undoubtedly THE AMITYVILLE HORROR, which has the curious distinction of a record-setting twenty-three installments as of 2019, to say nothing of its delivery method.  While the first three entries were theatrically-released (as well as its 2005 remake), the subsequent films arrived not simply by way of video stores, but also by way of TV movies and streaming, featuring genre actors (David Naughton), child sitcom stars (Patty Duke), and a premise that reaches levels of hysterical near-self-parody.  Given the sheer number of AMITYVILLE movies, one has to ask the relevant question: has anyone actually seen any of them, beyond AMITVILLE 3-D…?

Other franchises have not been so fortunate when it comes to mainstream awareness through wide theatrical release.  Case in point: HELLRAISER, a seemingly endless trudge through DTV sequels every Horror fan seems to love except for me.  Clive Barker’s obsession with fetishized, deviant sexuality, combined with the markedly European quality of the filmmaking, places HELLRAISER in a very specific – very niche – box, and one that isn’t particularly relevant to American Horror audiences.  The power of cult fandom can’t be so easily dismissed, as HELLRAISER has continued to spawn entries through 2018.

Likewise, Warwick Davis stayed (somewhat) in the public eye by way of the insanely stupid LEPRECHAUN series, which likely owes more to WAYNE’S WORLD 2 than the relative merits of the franchise itself.  As with HELLRAISER, there was yet another LEPRECHAUN sequel in 2018, and one has to applaud the batshit insane decision to send the titular character to space and Tha Hood (twice).  Tapping into the African-American audience was a shrewd decision in the early 00s – a desolate wasteland for non-White viewers – and the presence of numerically-categorized sequels on a Hollywood Video shelf created the perception that this (along with other anthologized Horror movies) was a franchise of note.

This last point the most important.  A good salesman is trying to pitch you on a product of longevity, of lineage.  No one cares, by and large, about a standalone film; sequels initiate a brand, as well as the notion that the marketed item is desirable to the public.  Once a series has generated a third installment, it’s officially a franchise, and thus presentable as being consumer-driven, and consumer-demanded.  It gives a reason to watch them all, and anticipate the next installment.  Who wants to watch one BUTTERFLY KISSES when you can watch six (and soon possibly seven) PARANORMAL ACTIVITYs…?

Thus there are four SLEEPAWAY CAMPs, and a handful of MANIAC COPs.  There was WITCHBOARD and SILENT NIGHT, DEADLY NIGHT, and their sequels.  BASKET CASE, REANIMATOR, WISHMASTER, and even THE DENTIST spawned follow-ups.  THE STEPFATHER.  SLUMBER PARTY MASSACRE.  All had multiple entries, and all had a small but very loyal audience.  The average person on the street had no idea these films even existed.  But the fans knew.  And the studios kept making them.

Was it because these DTV mini-franchises lacked the mainstream appeal of a Freddy or Jason movie?  Or were the producers shrewd enough to know that the target audience – Horror fans – were going to pay to see them regardless of how well they were or weren’t made, and going directly to Blockbuster would ensure a better return than creating 35mm prints for theatrical presentation, to say nothing of the marketing necessary to ensure a return on that particular investment?  Yes.

*The 2018 Scream Factory re-release curiously omits both stars from the cover art “due to unforeseen issues with sub-licensing this title.”  Fill in the blanks for yourself.

**Until Zack Snyder’s DAWN OF THE DEAD, which isn’t simply a fantastic remake of the original, but is actually better than the original.  Yeah.  I said it.  Come at me, brah.