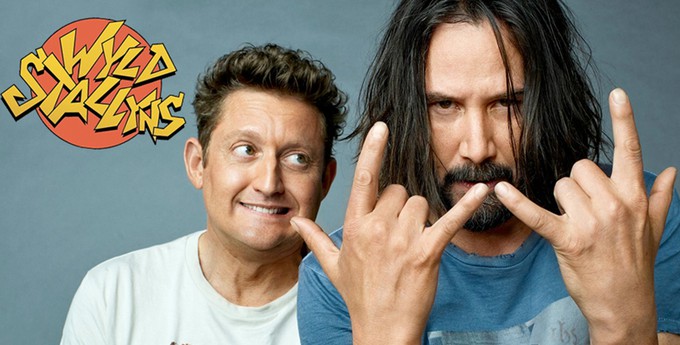 We have seemingly been covering the possibility of a third installment in the BILL & TED franchise forever.

First, we covered the story that the title of the film would be BILL & TED FACE THE MUSIC. That can be read HERE.

Then we had an EXCLUSIVE sit down with the man behind the script for the highly demanded sequel, Ed Solomon. He told us all about how they plan on dealing with the absence of the late George Carlin, who played Bill & Ted's beloved mentor from the future Rufus. That article can be read HERE.

I even had a chance this year to ask Ted "Theodore" Logan himself, Keanu Reeves, about the sci-fi duo's enduring popularity. You can read his answer to that HERE. 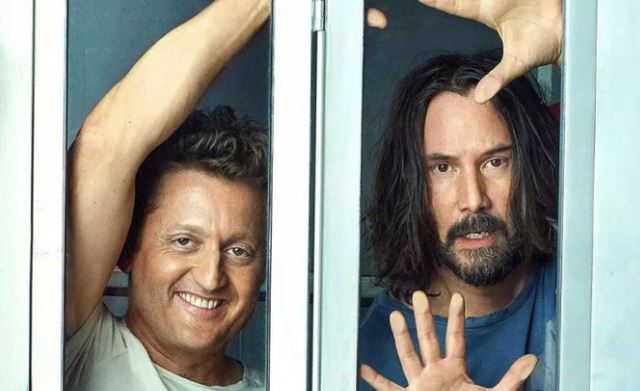 ...And most recently, we heard again from Keanu that the film was in danger of not happening due to "show business stuff". Read more about that HERE.

So, that was the last bit of information we had until "Bill", actor/director Alex Winter, was asked by a fan on Twitter what the status of the film was. He answered back with the below information:

Yes it is currently happening. Lotta folks are working hard. Writers are on a production polish. Still aiming for a shoot in early 2019, give or take. https://t.co/cNlwNU15N6

“Yes, it is currently happening. Lotta folks are working hard. Writers are on a production polish. Still aiming for a shoot in early 2019, give or take.”

That certainly sounds encouraging but I won't fully believe this film is a reality until we can see footage from it one day.

What do you guys think? Do you think we'll ever see BILL & TED FACE THE MUSIC or do we have a better chance of seeing a sequel to FREAKED?