Part of the journey is the end. pic.twitter.com/9RvRQUxI3o

Ye gods, this looks good. From Tony's sad farewell to Pepper, to Cap and Natasha sorting through the wreckage, to the badass katana, to Thanos and his victory stroll through an alien meadow... without revealing a lot, this does start the ball rolling for me, in a big way.

...and I am really digging the new Hawkeye. I hope he'll continue into the next phase. I guess if some of the actors are reluctant comic book heroes, here's a good moment to nut up or shut up. We see only Tony, Nebula, Thanos, Cap, Thor, Natasha, and Scott in the trailer, because that's all Marvel wants us to know before they get us wildly dizzy for Captain Marvel, I suspect...

Whilst nothing directly proves or contradicts the Internet theory that AVENGERS: ENDGAME is a retcon tour of the Marvel Cinematic Universe's last 10 years, Scott's presence at the end generally suggests that it will.

..oh, and this was my favorite part! Go Scotty Lang, and hopefully Cassie Lang, too!

EDIT: My new favorite part of this teaser release has been the below Talkback thread. 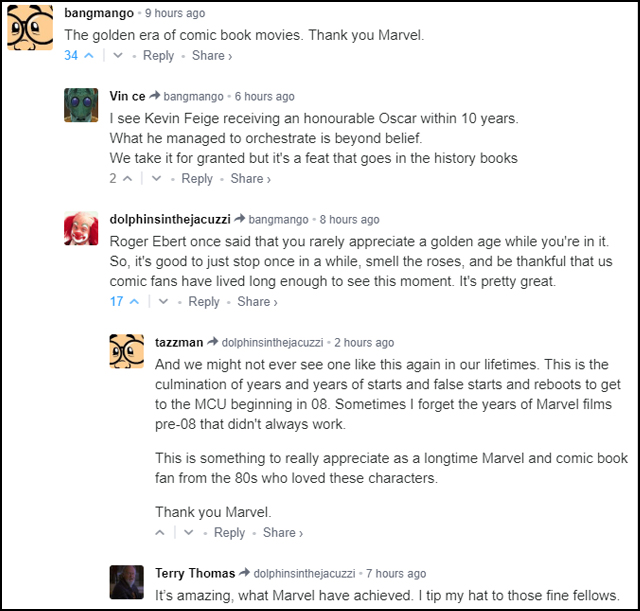