Freddy Krueger and Pumpkinhead square off in this week's FRIGHT FIGHT FRIDAY!

Welcome back to FRIGHT FIGHT FRIDAY where every week for the next several weeks we will be pitting 2 of our favorite horror movie characters against each other until one earns the right to face the winner of our “Hero” bracket! For a full rundown please revert to the FRIGHT FIGHT FRIDAY announcement! Remember this all for fun and strictly a matter of opinion.

This week we have 2 fierce and frightening competitors for you!

Our first fighter tonight needs no introduction.  Known as “The Bastard Son of 100 Maniacs” and “The Springwood Slasher”, we all call him Freddy! Hailing from Elm St (and your nightmares) he has been the reason for so many of our sleepless nights. Burned to a crisp and ugly as sin, his face was synonymous with horror in the late ’80s and early ’90s. (Rumor has it, that he was the sole reason for the wild popularity of No-Doze during that same time period.)

Once a known child murderer working as a custodian at the local elementary school, Freddy Krueger was chased down by the parents of his victims after escaping conviction and burned alive inside the boiler room where he would take the children.

Well, Freddy didn’t take too kindly to that and his evil spirit hung around to haunt the nightmares of his attackers' children. And then killing them in their sleep. Equipped with razor-sharp knives on the glove on his right hand and has virtually limitless power in the dream world. He’s been known to shapeshift into several things including a giant snake with Freddy’s head, a dog that pee’s fire and even a comic book character known as “Super Freddy” (Yes, that really happened.) 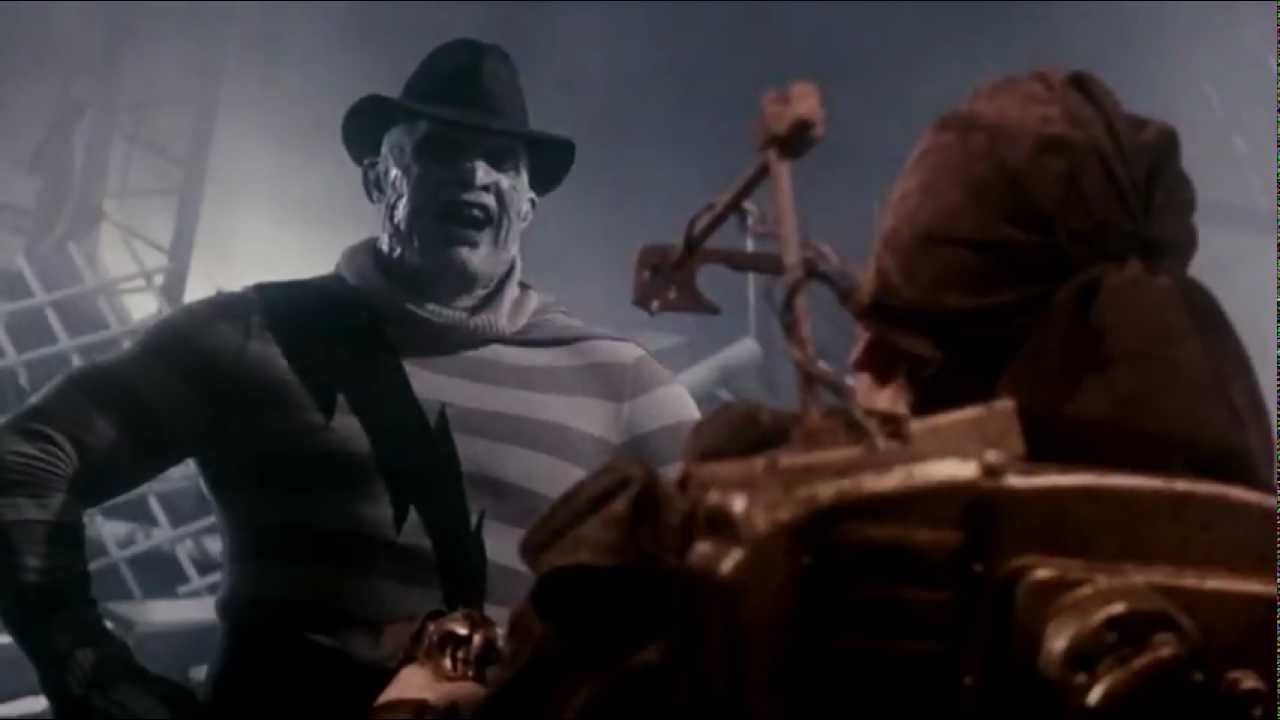 Hobbies include invading your dreams, applying aloe, and using the word “bi#%h”. And oh yes, killing people. Freddy enjoys taunting his prey, is quick with a slick joke and love’s meatball pizza. Especially when those meatballs are human souls!

via GIPHY
His main weakness is that if he’s pulled in to the real world, he loses all his power and is vulnerable to attack just like any mortal human being. Freddy thrives off fear so another one of his weaknesses is simply not fearing him. This is demonstrated in the first film when Nancy figures out that he can’t harm her if she does not believe in him and isn’t afraid of him. It completely takes his power away. She turns her back on him, and as Freddy goes to attack her, he fades into nothing. He also seems to be extremely weak against teenage girls and always gets his butt kicked by one at the end of each movie.

via GIPHY
The lesser known of our two contenders Pumpkinhead, also known as Vengeance, is the demon of yup, you guessed it... vengeance. He can be conjured through a ritual to exact revenge on one’s enemies and the more people involved in the conjuring, the bigger and stronger Pumpkinhead will be. The victims are “marked” and Pumpkinhead can find them literally anywhere. 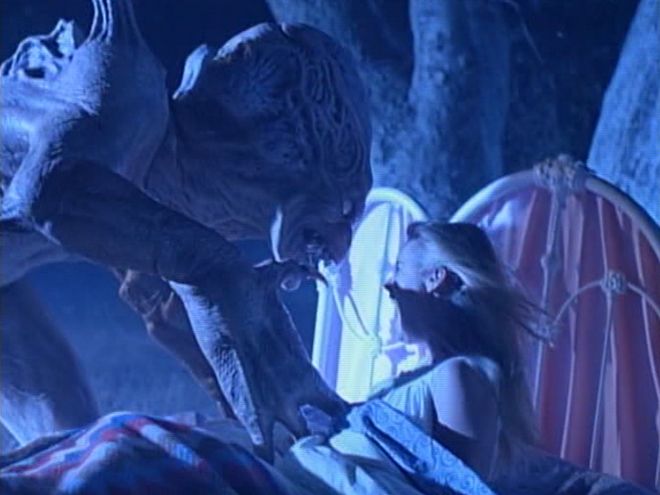 Anybody who stops Pumpkinhead from killing his marked victims is completely screwed because their soul will be damned eternally and the only way to “cleanse” it, is to be murdered by Pumpkinhead the next time he is conjured. Also, anyone who does somehow survive will be the first person Pumpkinhead goes after if he is reconjured. Tough break. 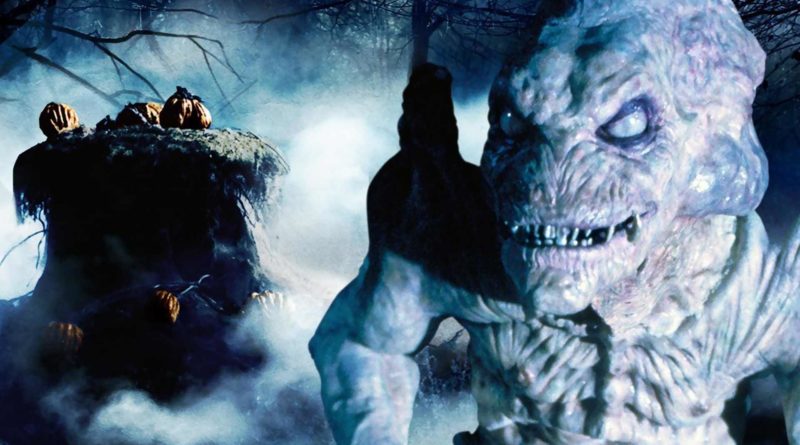 His weapons include unnaturally strong claws and a tail that can be used to impale its victims.  He has superhuman level strength and is invulnerable to attack. In fact, the only way to stop Pumpkinhead is to kill the person (or people) who conjured it. 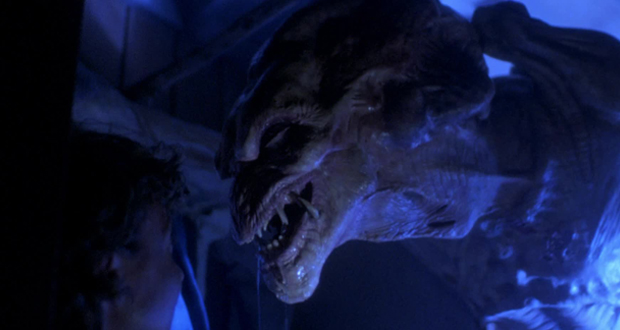 Mean and sadistic, he is the embodiment of revenge and hate. He loves torture and slow painful deaths. The first known conjuring was by Ed Harley to get revenge for his son who was senselessly murdered, although Ed witnessed Pumpkinhead kill a man when he was a child, so it was conjured at least once before that. Hobbies include pumpkin picking, getting revenge and there's also that whole murder thing that he’s in to. Weaknesses include killing the person responsible for conjuring the demon and nothing else.

This fight is a little different than Jason vs Michael Myers because there are extenuating circumstances surrounding both of tonight’s fighters. For instance, Freddy only has power in the dream world so if he were to face Pumpkinhead in the real world, it would be a very uneven fight. On the other hand, Pumpkinhead needs to be conjured to exist. So, for the sake of argument, let’s say that one of the victims that Freddy’s haunting conjures Pumpkinhead to get some revenge for the death of her friends. To take it one step further let’s say she then drags Pumpkinhead into the dream world with her (which yes, can be done) to face off with Freddy. For clarity, we will call her Susan.

I think this would be a fun fight. Pumpkinhead is brutal and unrelenting. He is full of anger and rage and I think this would lead him to strike first while Freddy offers up one of his slick one liner’s. Something to the effect of “Time to carve the pumpkin, bi#%h!” This wouldn’t even faze Pumpkinhead who has literally no sense of humor and before Freddy can raise a glove, Pumpkinhead puts his tail right through his stomach lifting him off the ground. Susan yell’s out “take that, you murderer!” Freddy looks over at her then down at the gushing wound and the protruding tail and laughs, letting his body go limp.  “Isn’t that cute, it has a tail” quips Freddy as he projects multiple copies of himself around Pumpkinhead. “You’re in my world now.” This confuses the demon and it flings the real Freddy aside while the other’s attack with their claws. This proves useless and Pumpkinhead thrashes through the copies easily, turning to re-engage the real Freddy. Realizing his knives won’t work, Freddy pulls an old trick out of his hat and transforms into a giant green snake/worm swallowing the Demon of Vengeance whole with a burp. This isn't enough to stop the demon though and he bursts through the sides of the grotesque "Freddy-snake" with ease. Susan lets out another rage-filled cheer, consumed with her revenge. With a snark about how demons always give him heartburn, Freddy reverts to his normal shape. “So, that’s how it’s going to be huh? You're here to protect the bi#%h? Fine.” Pumpkinhead rushes at Freddy, ready for the kill. Things aren’t looking too good for our favorite burn victim as the demon closes in.  “He’s not here to protect me!” yells Susan. “He’s here for revenge!” Freddy looks at her, then at Pumpkinhead and at the last moment, he vanishes. Instantly it starts raining blood and Pumpkinhead is left standing there with Susan. “No, no. This isn’t right.” She says softly. Two little girls appear jumping rope, singing in the same eerie tone.  “One, two Freddy's coming for you...” Freddy’s voice suddenly comes out of nowhere and everywhere. “I told you this was MY WORLD!” He reappears behind Susan putting his hand through the back of her chest, ripping out her heart. “I’m in your head bi#%h, you think I don’t know how to put your dog down?” Pumpkinhead fades away defeated. Freddy falls to his knees squeezing the heart, laughing up at the sky as the blood rains down upon him. 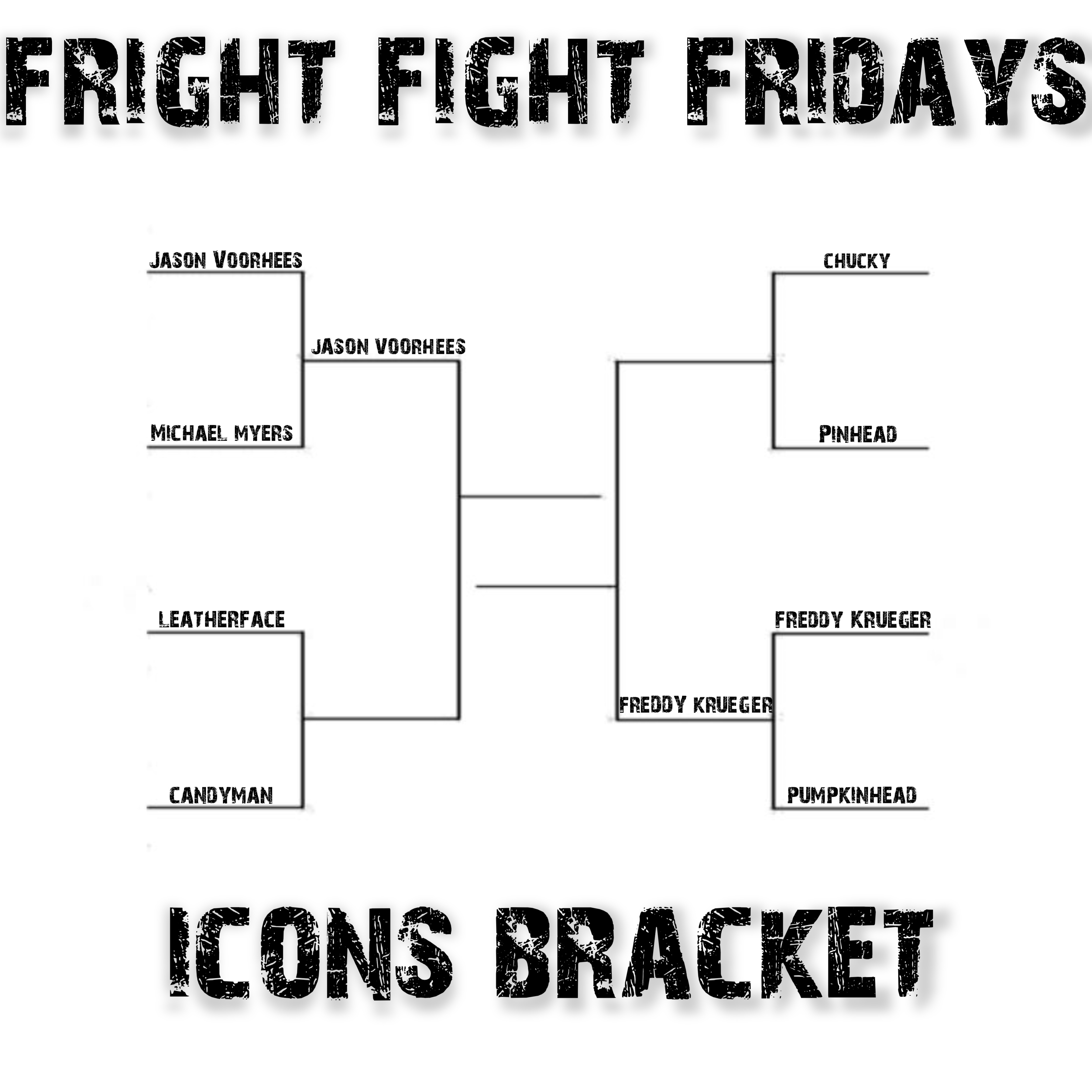 For me, this one wasn’t quite as simple as Jason Voorhees VS Michael Myers.  Give them a reason to bump into each other and their going to fight. With both Freddy and Pumpkinhead certain situations must come in to play. Pumpkinhead must be conjured to exist in our reality. When conjured it is for the sole purpose of revenge and he only goes after the subject of his conjuring. Or anyone to directly get in the way. This meant I had to come up with a way to have Freddy be his subject. Freddy on the other hand only has power in the dream world, meaning I had to find a way to bring Pumpkinhead into Freddy's world for it to be an even fight. Some may say well couldn't Freddy have been pulled from the dreamworld and defeated? In theory, yes. But that would make for a boring read. In the end, it came down to which one’s weakness was easier for their enemy to exploit. Pumpkinhead would have no way of dragging Freddy out of the dream world. He does possess some intelligence but he’s the demon of vengeance not reasoning and I don’t see him working that out. Freddy could easily figure out that Pumpkinhead was conjured by Susan. He’s in her head after all. And if Susan dies in this situation, Pumpkinhead is defeated. Well, at least until he's conjured again. Freddy has a wider range of abilities and is basically capable of whatever he wants in the dream world. Pumpkinhead is a powerful being but pound for pound Freddy wins.

What do you guys think? Is Freddy the obvious winner? Or am I mistaken? How did it play out in your head? As always, comment below and upvote your favorite monster! See you next FRIGHT FIGHT FRIDAY for LEATHERFACE VS CANDYMAN and until next time, keep on geekin’ on my friend’s!