FRIGHT FIGHT FRIDAY – Classic Bracket Round #4 – THE WOLFMAN VS THE MUMMY!!!

Welcome back to FRIGHT FIGHT FRIDAY! If you're new to the series, click here for a quick rundown of the rules! Click here and search FRIGHT FIGHT FRIDAY for past fights!  Today is round #4 of our Classic bracket, and we have two serious competitors for you! The Wolfman VS the Mummy! Let’s right into it!

“Even a man who is pure in heart and says his prayers by night;

May become a wolf when the wolfsbane blooms and the Autumn moon is bright.” 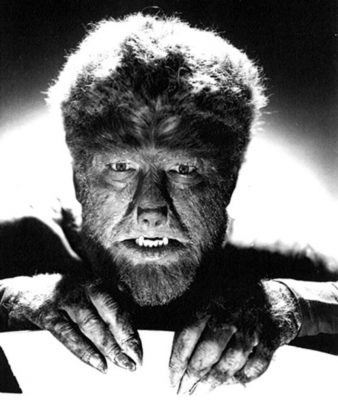 This poem became iconic in 1941 when Universal released “The Wolfman” upon the world. The poem would later be altered in sequels to read … “and the moon is full and bright”, cementing the foundation for the werewolf/full moon connection. The original film actually never mentions the full moon and implies the change from man to beast happens in the fall, which is when wolfsbane blooms.

For this fight I will be using the full moon version. It’s canon and also the most well-known version. 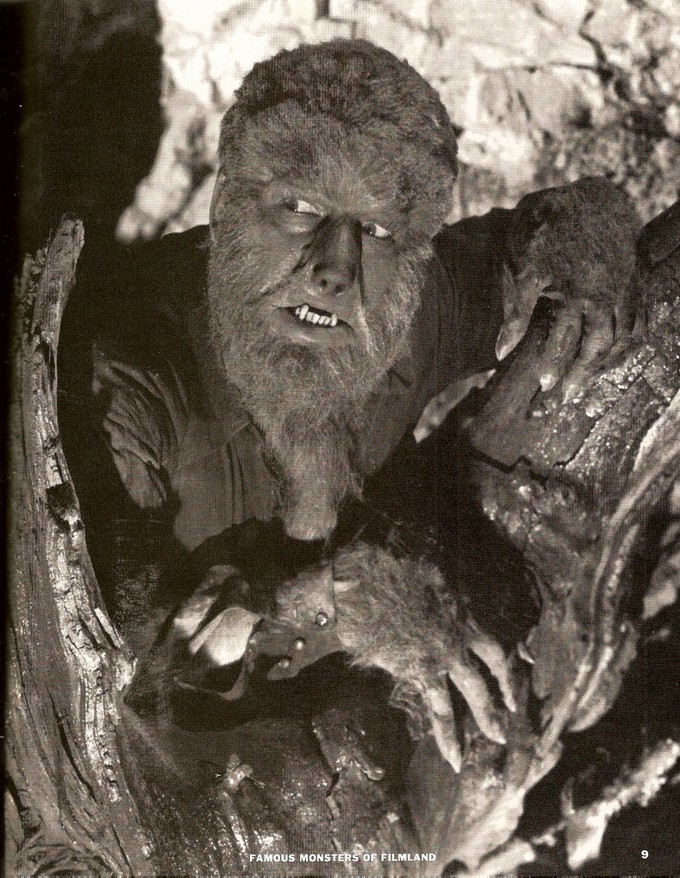 Larry Talbot returns home to Wales after hearing about his brother’s death. He meets a woman named Gwenn in her antique shop and purchases a fancy walking-cane with the head of a wolf on it. She tells him it represents a man who turns into a wolf. A werewolf.

Later he ends up saving Gwenn’s friend from an attacking wolf. He beats it to death with his new cane but during the scuffle, suffers a bite to the chest.

Of course, he turns to a werewolf and wreaks havoc, killing several town folks. He has a hard time dealing with what’s happening to him because he can remember bits and pieces from when he turns to a wolf. Remembers wanting to kill. He eventual attacks Gwenn, overcome by his condition and is beaten to death by his father, with his very own silver cane. The same one he killed the wolf with earlier. Poetic, isn’t it? He turns back to his human form as he dies. 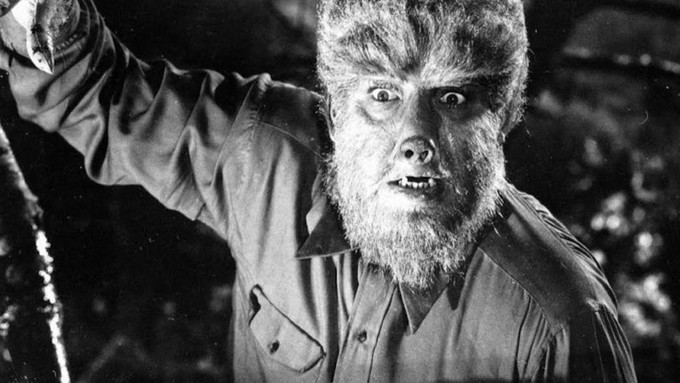 He returns for “Frankenstein Meets the Wolfman”, it seems moonlight can reanimate him. He is “released” by a silver bullet in the following film, “House of Frankenstein” but comes back again for “House of Dracula.” How this happens is never explained.

The Wolfman has extremely heightened senses, unbelievably sharp claws, and savage jaws. He can run faster than a human, jump farther than a human and is all-around stronger than a regular human, by a large margin.

When in wolf form, he is animalistic in nature. His instincts are honed like a fine blade. He can, however, be harmed. Silver is his Achilles heel. That and the fact that if the moon goes down, he reverts to human form. Larry Talbot spends most of his time trying to find a way to kill himself so that he doesn’t kill anybody else.

The Mummy is in sort of a strange place in this bracket, for two reasons. First, The Mummy is not based on prior literature of any kind. There is no book. Sure, a few tales of mummies existed, Bram Stoker even wrote one, but they were romanticized mummies and most commonly female. These were not “monster” mummies. 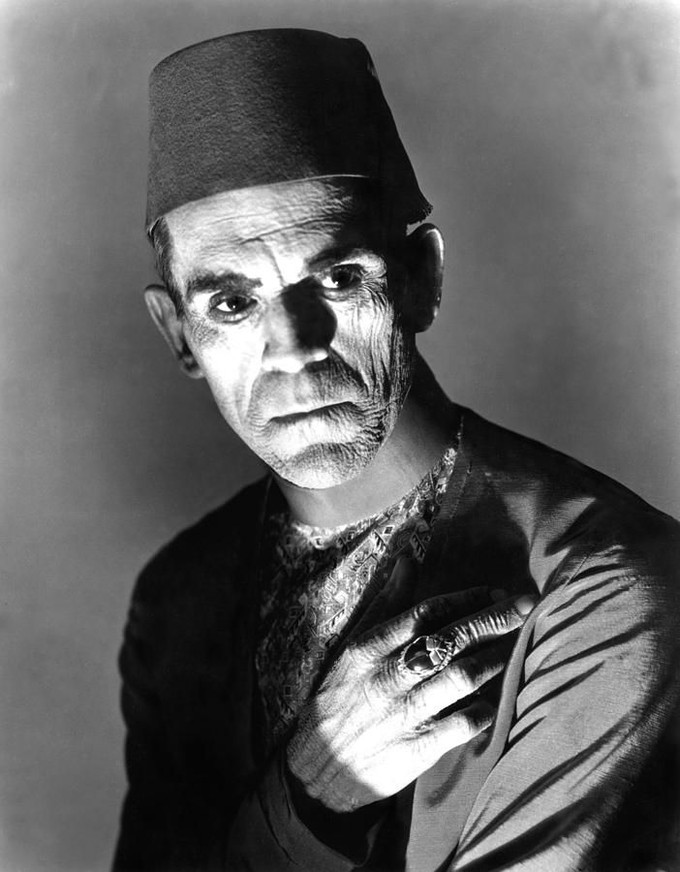 In the cases of monsters with lore predating the original films, I have taken that lore into account. You can’t ignore the rich history that inspired the film version of Dracula, for example.  For the Mummy, it’s different. The film is the basis for his powers. I will NOT be taking the 1999 remake or the 2017 reboot into account. The character became way too powerful and omnipotent and this is the “classic” bracket.

Instead, we will focus on the 1932 film “The Mummy” from Universal. Here’s the short version... During an archaeological expedition, Imhotep, formerly an Egyptian High Priest, is brought back to life via the Scroll of Thoth. He lives for ten years disguised as a modern Egyptian man while seeking a way to revive his life’s love, Princess Ankh-es-en-amon. He meets a woman, Helen who bears a striking resemblance to the princess and plans to kill, mummify, then resurrect her as his wife. Ahh, love… 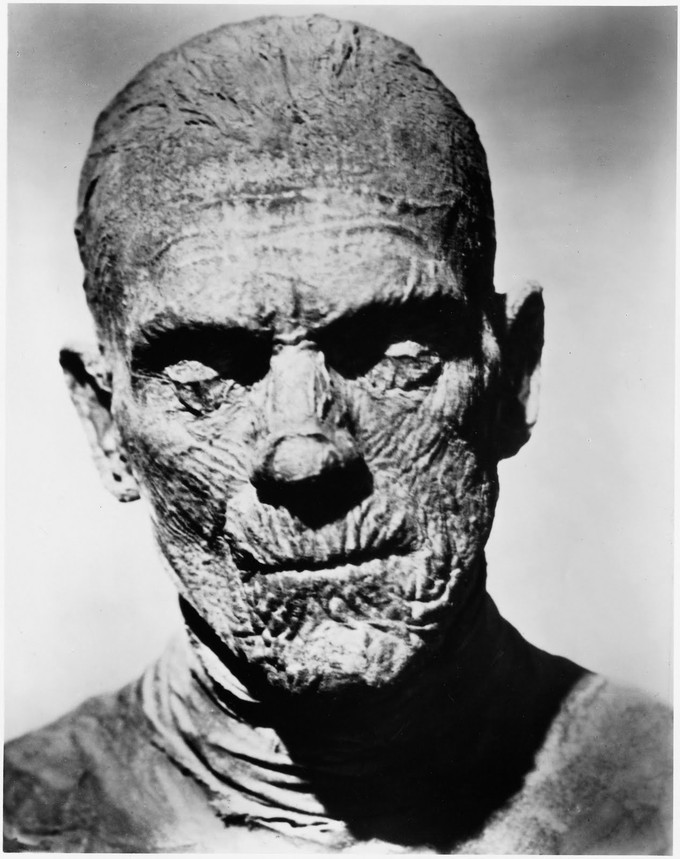 Well, Helen isn’t having it and after calling upon the goddess, Isis is freed from the Mummy when the Scroll of Thoth s destroyed. Imhotep crumbles to dust, his power dissipated.

The Mummy may seem like a minor threat at best, to those unfamiliar with Imhotep. For those in the know, he is a force to be reckoned with. If you’re thinking… what is a stiff, dusty dude in bandages going to do, you have the wrong idea. He was only bandaged when first resurrected. The Mummy looks like a regular man and speaks eloquently. He is intelligent and refined. Not to mention, extremely powerful.

A High Priest and master of the occult in life, in death (undeath?) Imhotep is a sorcerer of sorts. He is skilled in water divination, hypnosis, and can even raise the dead with his scroll. He has strong powers of persuasion and here’s the game-changer folks… he can stop a heart instantly. Yup. Instantly. With magic. Seriously. I’m talking instant flatline, folks. But he needs his seeing pool to do it. Oh, he’s also freaking immortal. Imhotep can withstand all kinds of physical attacks. In other words, he’s no dusty guy in bandages. 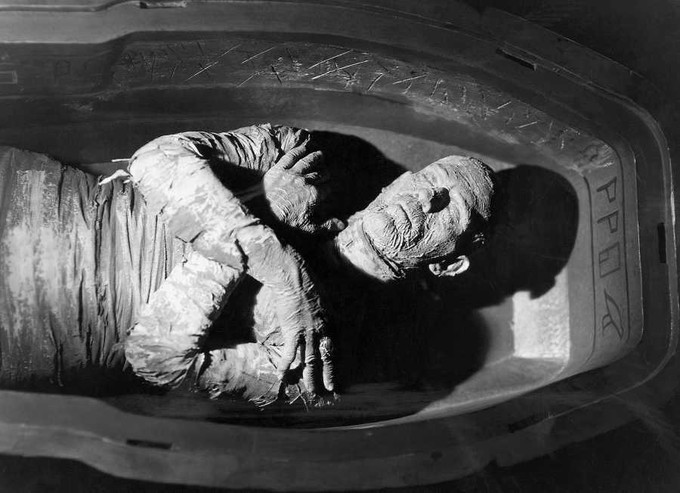 The night air is cool and crisp. He takes a long pull from his pipe as he sits on his porch, watching the stars sparkle against the dark sky.

He never gets company all the way out here. In fact, that was why he moved out here in the first place. The sound of the stranger’s voice startles him, and he drops his pipe, spilling its hot contents into his lap.

“Damn!” He brushes off his lap, stands up and extends his hand with a smile. “Sorry. I don’t get many visitors out this way. Gave me quite the startle. Name’s Larry, what can I do for ya?”

“I know who you are. I came a long way. I was hoping you could answer some questions.”

“I didn’t tell you my name. It is… rather important. May I cut to the chase”

Clouds break and the moon widens slightly in the sky. Larry looks the man over before replying.

“Sure. Why not?” He sits back down in his chair, offers the chair next to him to the stranger then looks up at the sky. “I’ll warn you, though. You don’t have all night.”

“Is it the clouds you’re looking at? Wondering if they will break?”

Larry is taken back by the question. He leans in as he speaks.

“You said you know me? How? What do you know about me?”

“Why, I know everything about you. In fact, I’ve been trying to find you.”

“Look, Mr. I don’t know what you think you know but it’s getting late.”

Larry stands up and stretches.

“I know why you keep looking at the moon. I know that you hate your self for what you are.”

“What is it you want, mister?

“I want to use your unique talent. For good, of course.”

“Because I can help cure you.”

“Bullshit!” Exclaims Larry. Realizing he was yelling he gathers his composure. “Look, I’ve tried everything pal. Nothing works. The moon just brings me back.”

“You never told me your name.”

“Back home I am known as Ardeth Bay, but my real name is Imhotep.”

“Well, Imhotep, or Ardeth or whatever your name is. I’m not hurting anybody else. Not for you. I’ll find a way to end it myself. Good day, sir.”

“Fool, I could stop your heart as we speak!” Imhotep stands up, furious at this point.

“Wouldn’t do you no good. Moons about to come out. How fast can you run?”

The glow of the moon intensifies as the night sky brightens. The clouds now fully dissipated. Larry lets out a cry. The changes to his body are agonizing and painful. He lunges at Imhotep, claws lashing wildly. His left hand connects with the Mummy’s chest.

The attack draws little result as the wound instantly closes and heals. Imhotep’s smile is sinister as he speaks.

The Wolfman howls at the moon, hitting his chest with his enlarged fists. He jumps forward, landing on the Mummy, pounding him with his oversized knuckles until he tires.

Imhotep rolls his attacker off him, getting to his feet quite easily. His wounds are no longer visible. He swings with everything he has, knocking the Wolfman to one knee. Larry wipes a small trickle of blood from his lip.

Standing up, the Wolfman is enraged. He charges Imhotep, ripping at his clothes, and his flesh.

“Creature, do you not learn?” Imhotep hits the Wolfman again, harder this time, dazing him. “I am not of the flesh, in the way that you are. I am beyond your mortal vessel, full of blood. My veins are full of dust, my lungs need no air. My belly hungers not, yet my heart aches. I will not be stopped until I am reunited with her and you WILL help me!”

The Wolfman growls, his lips pulled back revealing his sharp teeth. Imhotep hits him again, but the Wolfman grabs his arm and pulls him close. He bites the side of his neck, ripping tendons as he snarls. Blood spews out from his nose as he breathes.

The viscous attack sends Imhotep to the ground, the Wolfman stands above him panting, salivating. Imhotep grabs his leg and pulls him down. Getting to his feet first, Imhotep lifts Larry off the ground, then throws him through the door of the cabin. His wounds once again heal in moments. He follows into the home, kicking the Wolfman in the face. Blood shoots from the mouth upon impact.

The Wolfman, barley fazed by the assault, grabs Imhotep and slams him into the wall. They crash through into Larry’s bedroom, slamming into the dresser. The contents on top come crashing down as the Wolfman lands blow after blow. A lantern falls, spilling fire onto the floor, as well as a handful of coins and one fancy, silver-topped walking-cane. It lands to the left of Imhotep, who in a desperate attempt to get this wild beast off him, lifts it and jabs the silver wolf head deep into the eye socket of the monstrous beast.

A blood-curdling howl can be heard for miles as the Wolfman methodically drops to both knees, blood pours from his eye. He falls forward, face-first into a widening pool of his own warm blood. His body slowly changes back to his human form as Imhotep watches.

He pulls a scroll from his pocket as the home burns. It’s old, tattered and worn. He looks at it longingly before placing it back in his pocket and looking up at the sky, under the full moon. “I’m coming for you, my love. I’m coming.” 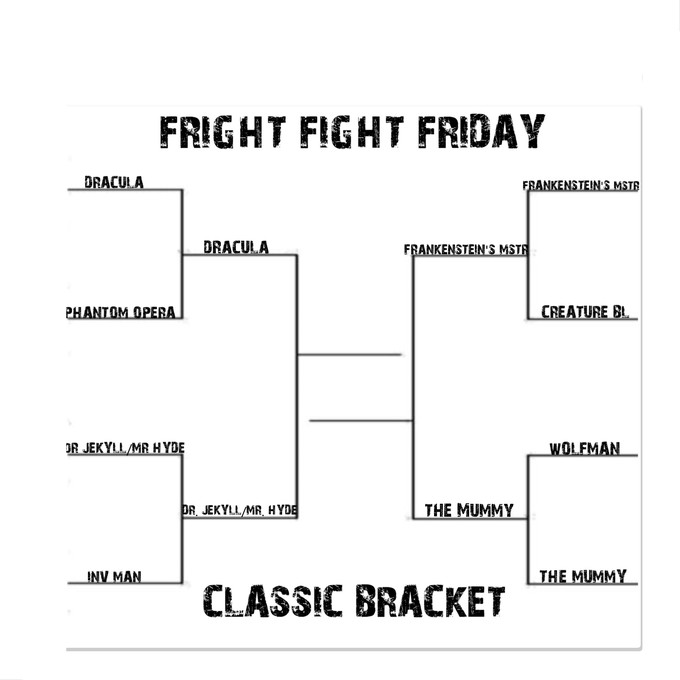 I know, you guys were all sleeping on the Mummy and thought the Wolfman was going to have an easy win, huh? Sorry. I love Wolfie. Always have. I needed a logical conclusion to this fight though. One on one, this would be a never-ending cycle where both can regenerate and heal. The Mummy has no weaknesses in the original film. He is immortal and only defeated when Isis intervenes. Wolfie didn’t have her number, I guess. Sorry, Wolfie! You’ll be missed!

What do you think? Am I way off? How did it play out in your mind? Let me know in the comments and don’t forget to upvote your favorite fighter!

See you next Friday for round # 1 of our “Classic” bracket semi-finals, DRACULA VS DR. JEKYLL/MR. HYDE! Until then, keep on geekin’ on, my friends!