Freddy-With a few Blu-rays to give away of an absolutely not to be missed horror flick titled TERRIFIED. (AKA: ATERRADOS)

I know folks throw that ‘not to be missed’ phrase around but I’m telling you, seek this one out. It's ceepy, gory, and full of nail biting dread throughout it's 1h 27min frame. The only downside is you have to read. I don’t mind that at all, personally speaking. (OK, maybe when i'm sleepy?)

TERRIFIED starts innocently enough. A kid living in Buenos Aires backs into the street while playing ball and gets Pet Semetary’ed by a passing semi. Around the same time, the entire neighborhood seemingly goes to hell, what with the voices gurgling out of the sink, the bodies levitating and slamming themselves into their surroundings, and that trucker flattened kid coming back home just like in that Stephen King novel. I mean look at him, he didn’t bother even cleaning up before sitting for a meal. 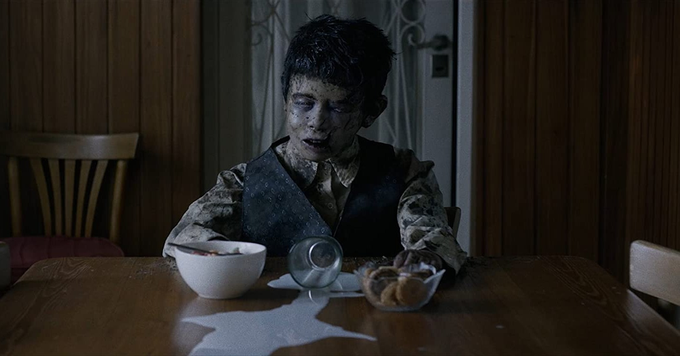 A group of scientists get together and agree to study these rising instances. Like any good horror movie, the only way forward is if each ventures to a different residence alone. This creates great atmosphere and the ability to create a hunt like atmosphere for each of our protagonists. Which is great when you have the rifle but not so much when you’re the prey.

Like I said, this is a damn good horror film. I hadn’t even heard of it until Issa Lopez (Director of TIGERS ARE NOT AFRAID) mentioned it ‘terrified’ her when she saw it on opening night, during our interview. (Interview here.)

It’s a nonstop horror ride that will leave you collecting your stomach when the bar lifts to exit the ride. AKA credits

So what do you need to do to win one of these three Blu-rays?

Send me your favorite story or television/movie scene regarding an uninvited guest. Send your responses to freddybeans@gmail.com and I’ll let the three winners know at the end of next week and ask for your addresses.

My favorite uninvited guest is definitely this guy.

If you don’t win this time, I recommend you seek TERRIFIED out on your own and tell me if I’m wrong.

It’s one of my favorite horror flicks on the year so far.

TERRIFIED is running currently on Shudder and comes out, courtesy of RLJE Films on DVD and Blu-ray Sept. 1st. 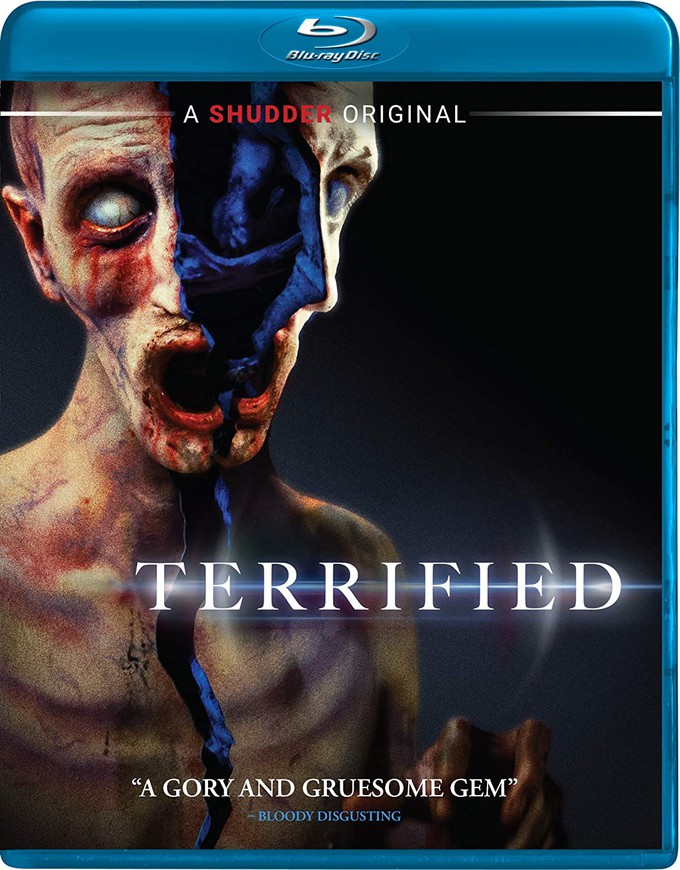