With TIGERS ARE NOT AFRAID dropping on different platforms tomorrow, (writer/director) Issa Lopez chats with Freddy

Ken-with an interview of the multi talented Issa Lopez, for her most excellent horror flick titled TIGERS ARE NOT AFRAID. 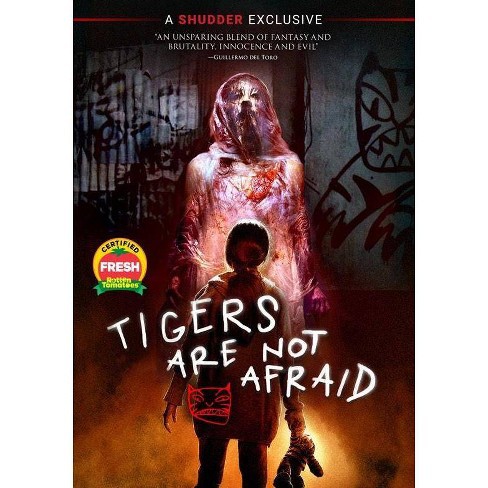 If you haven’t seen this one yet, you’re missing a good one.  Trailer below:

It’s a tale of a young girl who loses the last of her family when mom disappears.  On the mean streets and all alone, she only has the shirt on her back and three wishes in the form of pieces of chalk.  She meets a ragtag group of youngsters and after some time, wins them over.  Lucky for her she didn’t have to get beat up to get initiated into this gang!

Everything is going great until that guy wants his phone back that they stole.  These are street wise kids though so getting it back won’t be easy.  That and they have some spirits on their side.

TIGERS ARE NOT AFRAID is hard not to be impressed by.  Everything lives and dies by the very young cast Issa uses for this story.  They are the blood pumping through this flicks veins and they absolutely kill it.  Shine and Estrella, two opposite ends of the same twig, softly grasp your hand and make you believe you can walk through the dark streets of night with them.

The camerawork is the 3rd character, gluing everything together.  Filmed at the children’s vantage points, it creates an instant connection and heightens their and thereby OUR fear.

If you have Shudder, then what are you waiting for?  It’s available to stream this instant.

If not, TIGERS ARE NOT AFRAID comes out on DVD and DVD/Blu-ray Steelbook May 5th.

Lastly, I have an interview with Greg Nicotero (director/writer/special effects for THE WALKING DEAD and CREEPSHOW Season 1) coming the following week. 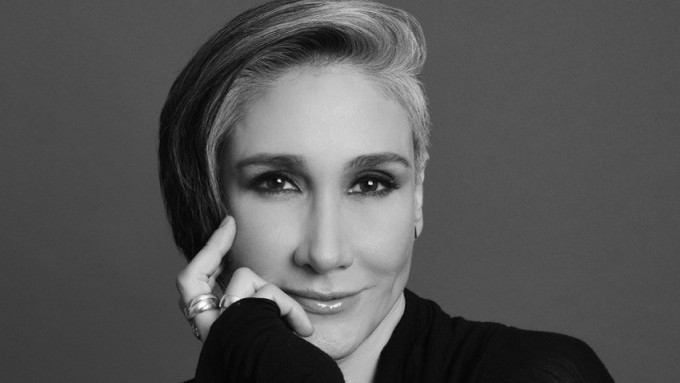 Ken Lewis:  How are you doing today Issa?

Issa Lopez:  Hi Freddy.  I’m in Los Angeles and it’s easier to deal with the self-isolation and to pretend everything is normal right now, because it’s such a nice day?

KL:  (Laughs) It is a beautiful day and very misleading.  I’m waiting for the third act.

KL:  I’ve had the opportunity to see TIGERS ARE NOT AFRAID a few times now and I honestly think it’s my favorite horror movie over the last year.  It’s shot with so much heart and you show a very strong hand dealing with the story and imagination.  I’m wondering if it was hard or easy to deal with a very young cast?

IL:  It was one of the toughest things I’ve done in my life and I’ve done some tough things.  I was not ready for this adventure but as happens in this business you fake it until you make it.  I wanted fantastic performers because the movie relied on you believing their story.  But even with fantastic performers, you can tell they’re performing.  I really needed these kids to not perform and to actually act like everything was happening to them.  It was an adventure.  We saw over 600 kids.

The features I’m most proud of in this release is you can see the casting calls.  Who they were in the beginning and what we got out of them on the screen.  The difference is massive.  The emotions I asked them to go through was very dark.  These kids are going to remember making this movie for the rest of their lives.  I could make that memory something they’re fond of, or a nightmare.  So it was a great adventure from the creative perspective to create fond memories.

KL:  That’s beautiful, that you thought that deeply on those kids.  I don’t even think most of them are actors, right?

IL:  One of them had done a bit part in a cheesy little film and one had done a commercial.  That was the problem.  I needed kids that had some “acting experience.”  Instead I had to work with what they thought acting was.  With kids, to get that type of performance they cannot pretend very well.  They have to do it out of real emotion and in this case, fear.  Then, when you say cut.  They have to able to jump out of it and be themselves again.  Real actors have trouble with that.

KL:  I can only imagine being a young kid and acting on a film of this sort.  When I was watching it, I was really reminded of two films:  CITY OF GOD and PAN’S LABYRINTH.  You combine those two elements and create something metal all on its own.  What or where did you actually get your inspirations from on this film?

IL:  Thank you!  Those are not terrible movies and I think are amazing masterpieces.  CITY OF GOD was so present in my mind making this film, it was often used as a reference.  In casting these kids, I recruited the woman who cast the kids in CITY OF GOD.

Of course there’s the influence of PAN’S LABRYINTH, with the chalk pieces.  I actually was also heavily influenced by THE DEVIL’S BACKBONE, which is such a furiously sad ghost story.  It’s populated by ghosts, which means people never really go away.  I think there’s also a lot of GOONIES and STAND BY ME, or IT.

KL:  You need the humor to counter all the hard stuff.

IL:  Yes.  I also can’t help myself.  It’s not easy for me to make a violent movie without the interjections of humor to cope.  I think it’s a very Mexican way to cope with horror is to laugh about it.

KL:  I think it’s how most cope.  You need to face your fears or they kind of overwhelm you.

IL:  Completely.  There was an episode on MAGNUM P.I., where he was scared of monsters under his bed and his father told jokes that night.  If you’re smiling or laughing, then you’re not scared anymore, right?

KL:  What is your favorite horror movie?

IL:  I’m going to throw a few at you.  I love LAKE MUNGO.  THE SHINING is a masterpiece.  I recently saw UNDER THE SHADOW, which had things in common with Tigers.  A movie from Argentina titled TERRIFIED, which is one of the few movies that truly scared the hell out of me.

KL: What can you tell me about this amazing concoction you and Guillermo Del Toro are brewing up regarding this western werewolf movie?
IL:  I’m very excited about it.  The werewolf is present throughout history.  In Mexico we call them Nahualli.  It’s prevalent everywhere.  It seemed such a natural conversation. When Guillermo came to me and said, “There’s this werewolf movie and it’s a western.”  I said.  “Yes, I’m in.  Let’s make it!”

We are on the second draft.  He has it right now and I’m hoping that second draft is the one we get the ok to shoot.  The story grew a lot from the first and second draft.  It's dark and violent and humorous.  I think it’s going to be a very cool movie.

KL:  It sounds amazing.  Thanks for speaking with me today and good luck with everything.

A western werewolf movie?  Holy hell, where do I sign up? 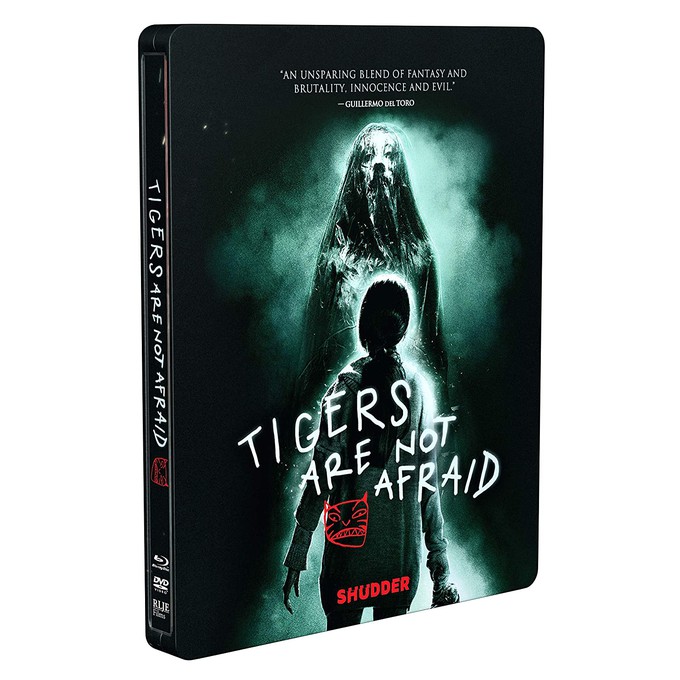