Hey, friends!  Barbarella here.  Critically acclaimed sci-fi thriller NIGHT RAIDERS tells the story of a mother who joins an underground vigilante group to try to find her daughter after they become separated.  I had an opportunity to speak with Saskatchewan-born Cree/Métis filmmaker Danis Goulet about the film she wrote and directed.  Check it out. 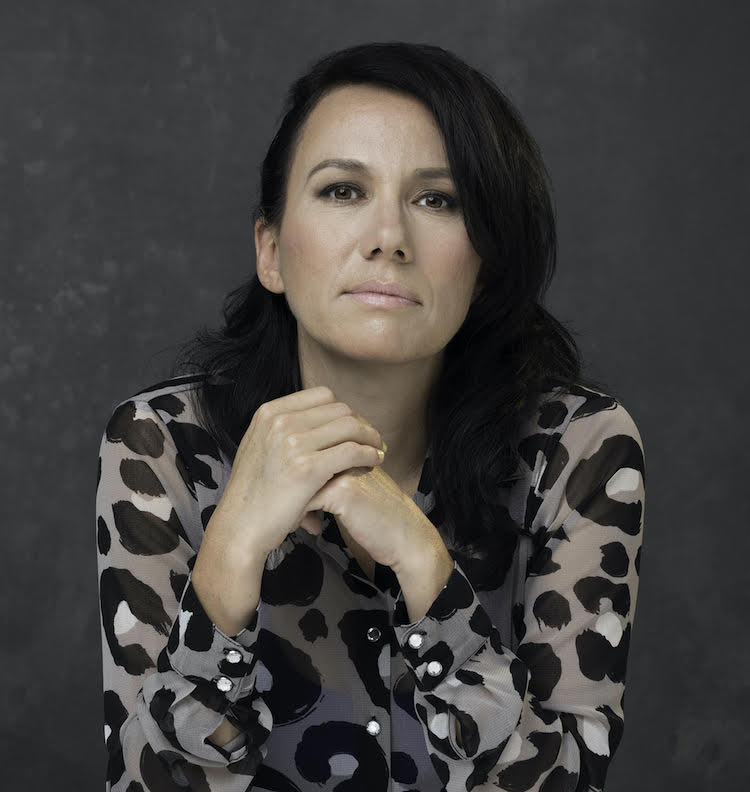 I believe that you wrote NIGHT RAIDERS many years ago, prior to the Trump presidency and COVID and everything, yet I feel like you kind of foretell a lot of what happens in this country.  I was just wondering, how did you know?

“Oh, I had no idea.  When I started developing NIGHT RAIDERS, which was around 2013, and it was definitely pre-Trump, I was thinking a lot.  First off, I knew I wanted to talk about the impact of colonial policies on indigenous life, so there's an element of just looking back in history, and what a coincidence, history repeats itself.  But then looking ahead, I was thinking a lot about far-right uprisings that have happened in history, like the rise of Hitler and what were kind of the tides that informed that.

“So, I was thinking a lot about the changing demographics in the US and how that is going to upset the power balance, and how when the power balance is upset, that is never something that gives up easily.  In my mind, when I started writing it, I thought, "There's going to be a white backlash coming," just by the demographic change alone, so I created a fake timeline going thirty years into the future.  I projected every US election: who won, what happened, what the reaction was to it.  But in my fake timeline, the white supremacist uprising came a lot later than it did in real life, but thankfully the civil war thing did not come to pass, and hopefully it never does.” 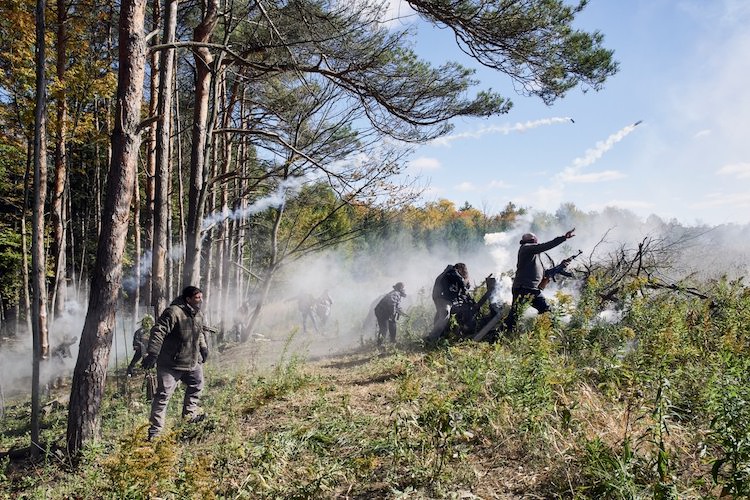 Hopefully.  When you were researching for the film, what surprised you the most that you learned?

“I don't know if it was a surprise necessarily.  It was more just because in the indigenous community, everyone knows about residential schools, which was the child removal policy that the film is talking about.  Everyone knows it had such an intense impact, but when I was doing research, I went back, and I was listening to the testimony of survivors, which was something that happened publicly as a part of the Truth and Reconciliation Commission.

“Just hearing the testimony of parents and survivors of residential schools, it hit me so hard once again, even though I was so familiar with it already.  I remember this one moment, where there was a father standing up in a public forum, and he was crying and apologizing to his children for the parent that he could never be because he was not taught to love in residential school.

“And I just thought it was so devastating to hear him ashamed of what he was unable to do because of the system that was imposed up upon him, as opposed to he did not create those circumstances.  It was devastating and very emotional.  There are things that you research about history, but it always kind of hits you when you really start to look at the human cost of what these things did to people.” 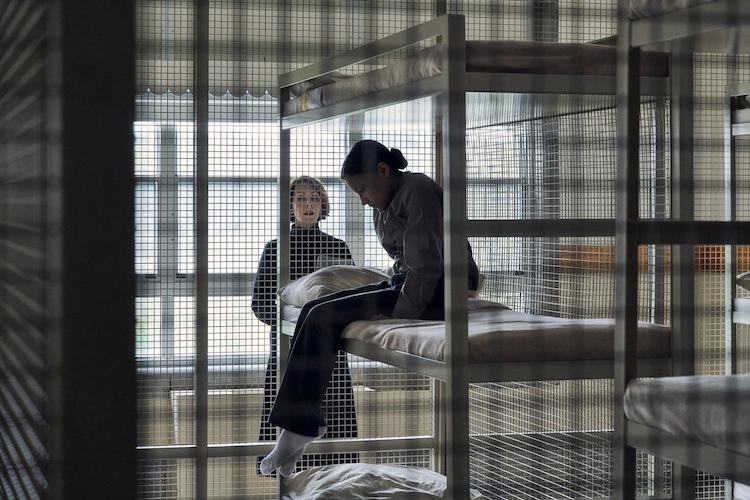 I'm shamefully ignorant of the residential schools.  Would you explain that to other readers like me that don't know a lot about that?

“These are human rights atrocities that happened so that Canada could colonize the land, and it was really buried in the history.  It wasn't taught in schools up here, so when you talk about being ignorant, I mean, that's just the state of things.  These things were not talked about.  It was really an attempt to cover all of this up.  Because of the impact on so many families, I really thought it was important to talk about this.

"In 2015, the Truth and Reconciliation Commission, which was a body set up to investigate this, released their findings, and they found that an indigenous child going into a residential school had a greater chance of dying than a Canadian soldier did going into World War II.  We needed to talk about this history, but I felt like we also needed to talk about the fact that our community survived.  At the heart of the film is love and the universal love between a mother and daughter and a resistance and our perseverance.  I just felt like we had to celebrate the way our communities have survived in spite of such challenging circumstances.” 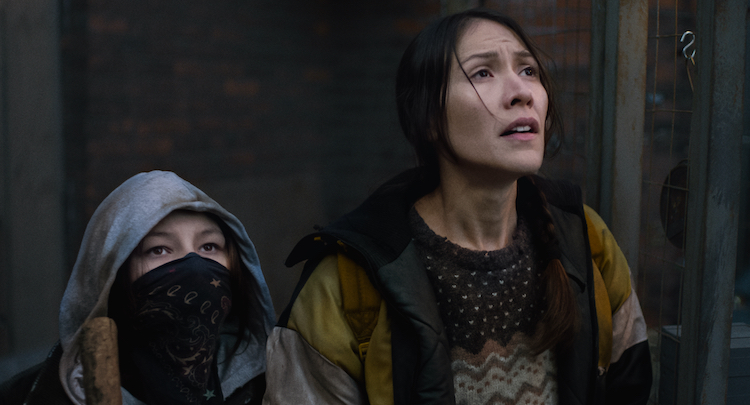 It seems like there are a lot of tighter shots throughout the film, and I was wondering what informed the decision to keep the camera so close?

“Yeah, thank you for that question.  First off, I work with a brilliant cinematographer, Daniel Grant, and he and I had used a similar language on previous films, but for this film, because it's such an oppressive world where you don't want to be out in the open and where there's a lot of hiding and dodging, it felt like we needed a camera to stay in a close, oppressive, claustrophobic orbit of the characters.  You kind of sense that they're always on the run, always in hiding, and that they themselves never really have space to see and breathe in the world, so the camera's always on the move.  It's very relentless, and it kind of roams through scenes in pursuit of things or following characters.”

Would you talk a little bit about the locations and how you kind of built out this future world?

“Yeah.  The location was a huge part of it because I really love genre spaces where there are things fantastical, but also that it feels very grounded and real.  I think, part of how you achieve that is with a tactile world, so we did a lot of VFX, but in order for it to stay grounded, I really wanted to make sure that everything in the world felt like you could touch it.  To do that, you have to really choose locations for everything, because I think in these VFX times that we live in, everyone's like, 'Oh, you want a wall?  We'll just make it in VFX."  And I was like, "No, we're going to find a wall, and then we can embellish it in VFX."  It was doing that over and over again, but it made the shoot really ambitious because we had so many disparate locations, but I think it really was something worthwhile that paid off.” 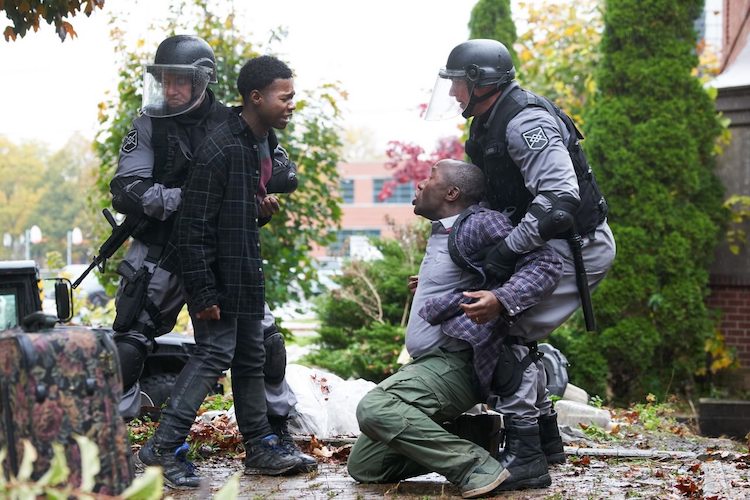 You have an amazing cast in this as well. Would you talk a little bit about what appealed to you about the various cast members?

“Yeah.  I love all of the cast.  I feel so grateful for their incredible work, especially Elle-Máijá Tailfeathers who plays Niska and Brooklyn Letexier-Hart who plays Waseese.  I mean, they're the heart of the film.  I'd known Elle-Máijá as more of a director; she did a film a few years ago called THE BODY REMEMBERS WHEN THE WORLD BROKE OPEN.”  I sort of forgot that she was an actor, and then I got her tape, and I was like, "Oh my God, Elle-Máijá."  Then I called her in for a callback, and she just moved me to tears in the audition.

“And then with Waseese, we looked at 300 girls from all over North America.  We were working with the US casting director, Rene Haynes, and we were getting close to production, and we still hadn't found her.  Then suddenly, we auditioned a young girl in Winnipeg, Manitoba, who came out for the role of Victoria, which was a smaller role, and I just saw her and knew we had to bring her back, and she was the one.  I think they have incredible chemistry on screen.  The cast is filled out by these beautiful cast members that all brought something so unique, so it was a joy to work with them all.” 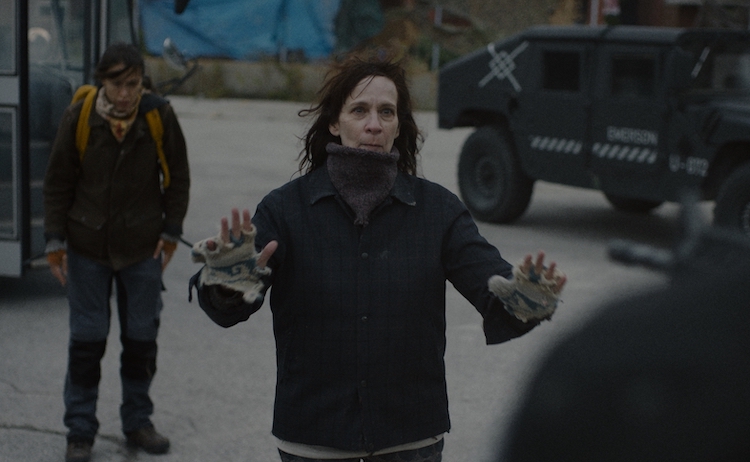 Taika and I are friends.  We met, I think, back in 2004 at Sundance.  I don't know if people realize how tight-knit and interconnected the global, indigenous film community is.  We often meet up at festivals.  I'd known Taika over many years, and when it came for me to make my first feature, I just sent him an email, and I said, "Would you consider coming on board as an EP because we have this Māori part of this story and character?"  And he was like, "Yeah, send me this script."

And then it didn't take too long.  He was really enthusiastic and such an incredible supporter.  His name just opened so many doors, and I think it really helped propel our film to a new level.  For me personally, I was just so grateful for his support because I really do feel like it did enormous things for the film.” 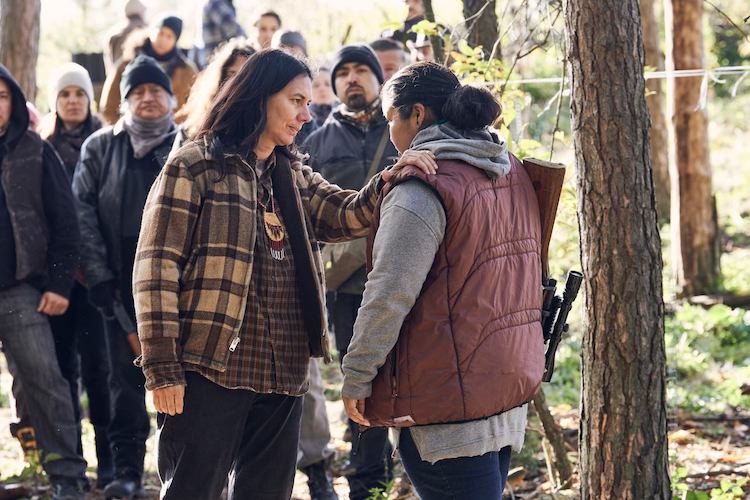 My last question, are you an optimist or pessimist about the future?

“I'm an optimist, which isn't to say that we don't have a lot of work to do.  For me, I find hope from seeing people taking action.  Hope is not a passive thing.  Hope is an active thing.  I love seeing the incredible people, whether they're in the indigenous community or not, standing and supporting the things that are important to them.  That's what gives me hope, and I definitely consider myself an optimist.”

Danis Goulet's NIGHT RAIDERS, executive produced by Taika Waititi (JOJO RABBIT, "What We Do In The Shadows"), will be available in theaters, on digital, and On Demand on November 12, 2021.  Check out the trailer.