Bob Freville is Back with DRIVE-THRU, a Biting Satire!

Howdy, folks! Well, it’s finally here. Whamageddon is upon us and we couldn’t be more frightened, right? Knowing that any moment George Micheal and his utterly forgettable cohort could appear like a Chimera and serenade us into oblivion? It’s enough to immobilize even the most joyous of us this holiday season, but I say rage. Rage against the threat of George Michael, and let fly your freaky flag of holiday cheer. A Merry Festivus for the Rest of Us!

I know I’m in a decreasing minority as someone who genuinely loves the holiday season and all of its sights, sounds, flavors and smells, so you’ll be happy to know that I’ve brought you a caustic antidote to holiday cheer: Bob Freville, author of THE FILTHY MARAUDERS and THE PROUD & THE DUMB, has returned with a full-length novel of biting satire, DRIVE-THRU. 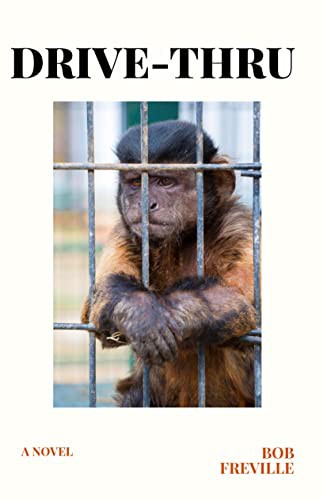 “A hack writer, a reluctant heroin dealer, a snotty rich kid, a wanna-be gangsta, and two very dissatisfied women. What do they all have in common? More than they would like to admit.

After a trip to a drive-thru fails to produce their desired fast-food items, five relative strangers find themselves trapped inside an empty quick-serve restaurant with a racist robot and a thoroughly despicable narrator.

As paranoia sets in and tensions escalate, the group employs stereotypes and superstitions in their effort to make sense of their mysterious circumstance. What follows is a cruel satire challenging everything we think we know about addiction, freedom, casual dining, consumerism, and cannibalism.”

Cruel is an apt term. Bob Freville pretty much hates you. Not you, you. You’re great. But the You that is America that moves with one wheeled foot and speaks with one cracked voice and says “I want it easy and cheap and I want it now.” We’re referring to the Karens and the Kens, the Kardashians and the Kennedys, the catatonic and the cowed.

Like an impressionist painter, Freville starts with large strokes that seem too broad to be art, but as he articulates the negative space and peppers in fine detail, a disturbingly clear image begins to form before our eyes - a pastiche of Kierkegaard, Kesey, and Keynes. As our core six become investigators of their own predicament, they engage in armchair philosophies that complement and clash, stirring the pot of their tense soup. Like bugs in a jar they regard, revile, and rage against one another as their imprisonment congeals and lengthens. All of these proceedings are largely narrated by Christian, a self-loathing copywriter who vacillates between a fragile sense of altruism and bitter disdain for everything within and outside his own skin. It’s his conclusions that sharpen the detail of the world the reader observes, and to define him as unreliable is to belie the weight of this satire as an indictment of our incessant need to codify and appraise every person, place, action, concept, or morsel that lands within our microcosm. Christian, like all of us, wants to believe he has this all figured out, even as he’s actively scrambling and failing to do so. The delusion present throughout his rants is indicative of our own collective and individual floundering at the offset of the pandemic of 2020; DRIVE-THRU serves as less of a dirty mirror than it is a harrowing and embarrassing historical document.

Christian is, in fact, “thoroughly despicable,” but there’s also much to enjoy in his commentary on the proceedings. It’s established quickly that he’s intelligent, but also that this intelligence is treated as a curse that alienates him from the people around him, from the strangers he never meets to the partner next to him that has become a stranger as he willfully dismisses the chasm that has grown between them. He laments past and present lovers as mistakes, and even makes a grand one within. It’s a train wreck but at least a fun one; more BULLET TRAIN and less UNSTOPPABLE.

DRIVE-THRU has surprisingly little to do with fast food, so don’t expect a Sinclair-style THE JUNGLE update on our increasing fascination with artificiality and depravity in relation to our dietary decline. Rather, it’s about us. It’s more akin to Klosterman’s SEX, DRUGS, & COCOA PUFFS, wherein all its characters are personifications of either the sex or the drugs or the cereal, with some being all three. It’s less an essay on schadenfreude and more an invitation to shared misery, especially as it comes to a heartbreaking and poignantly subtle close. It achieves, through gross-out humor and intimately honest admissions, a concert of human tragedy that we’ve all been attending for longer than we care to admit. When the doors finally open and we shuffle off to our respective hiding places, we see the emptiness in one another that we filled, even with misery, for those few moments, and feel no less empty though a tad less alone. 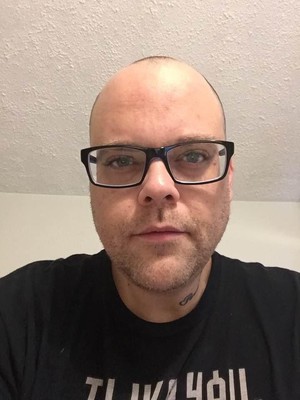 So if sparkling lights, synth pop, and tinsel dreams isn’t your thing, why not tune out and step into a world of sterile countertops, human rats, and a cast of six FRIENDS far more diverse than the one we got in the 90s with Bob Freville’s DRIVE-THRU? It’s funny, engrossing, gross, aggravating, and enlightening, all while being definitively and unequivocally Bob Freville in his inimitable voice. You can buy the book on Amazon as a Kindle ebook or a physical softcover, or grab a signed paperback for a limited time at solivagant.bigcartel.com.

And lastly, and genuinely with all the love that I can muster, I wish you and yours a very happy holiday season. In whatever way you celebrate, or staunchly abstain, I wish for you only peace. Take care of yourselves and one another.