A review of the supernatural, sci-fi themed FREAKS

Ken with a review of FREAKS.  A film that completely surprised me with its density.

To start, no it’s not that FREAKS (1932).  The masterpiece film that cuts to the core of superficiality.  How we see people for what they look like and judge them.  Yes, even you millenials.  At our core, all people do this.  It’s harder to begin conversation with someone that looks different than you.  Be that a deformity, a hue of their skin, or the way they speak, we become insular when we can’t find that immediate common bond.  We need more movies that hit on that.  THE ELEPHANT MAN, MASK, THE HUNCHBACK OF NOTRE DAME, even EDWARD SCISSORHANDS.  Movies that make you pry open your eyes to different perspectives.  Similar to books which give you one way access into another’s mind.
But this isn’t that FREAKS.

Then again, it kind of is.

This FREAKS follows a father (Emile Hirsch) and his daughter Chloe (Lexy Kolker), after the mother has recently passed away.  Trailer below.

Mom died and things have clearly gone haywire.  Dad just wants to protect his baby from the world outside.  The audience thinks maybe the world should protect her from him.

Dad is clearly a little paranoid.  The windows have newspaper taped to them.  Chloe isn’t allowed outside.  When she does sneak out he vacuums her back up real quick into the safety of their home.  He never gives her a moment of freedom, except he has to sleep.  It’s also hard to lord over your child when you have a tendency to leak blood out of your eyes.

Chloe is your average kid, meaning she feels cooped up and gets out anyway.  She’s pulled directly to the ice cream truck like any other american child.  Mr. Snowcone (Bruce Dern) is there to greet her, feed her ice cream, smile uncomfortably a lot, and tell her that her mother’s alive.  She just needs to come with him and get away from daddy.  Everything feels effectively creepy here.  But Chloe gets away and falls into her bed to sleep.  It’s just so hard to sleep when daddy is yelling at you for leaving and telling Chloe she could die by leaving the safety of their home.  It's also hard to sleep when that tied up lady keeps appearing in Chloe’s closet.

To tell anymore would ruin the surprise. 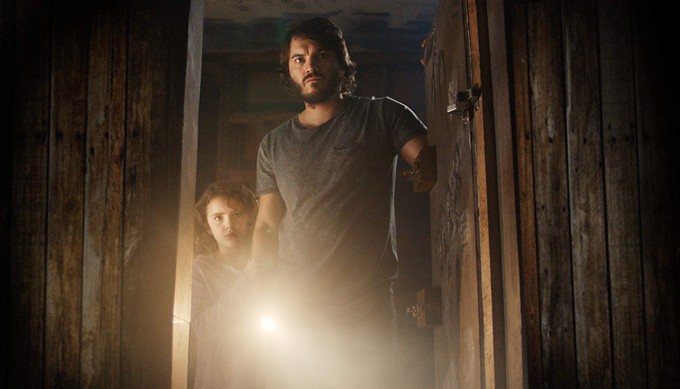 This is a movie that hinges on us buying what it’s selling.  Some will find it slow or derivative.  They’re wrong, but everyone has an opinion.

Lexy Kolker knocks it out of the park as Chloe.  She has such a range of emotions and situations to deal with and pulls them all off with luster like a young Drew Barrymore.  She is the star of this film and is frankly an amazing talent to watch.  Bruce Dern plays a completely untrustworthy character, perfectly.  You’re always lured to him and what he’s speaking to but wary and unsure.  Emile Hirsch has the standout scene for me though.  I always forget how great an actor he is.  Even though, Emile constantly reminds me in everything he’s in.  He’s fantastic as the somber paranoid father with a secret.

FREAKS was written and directed by Zach Lopovsky and Adam B. Stein with a depth that is impressive.  Their film, like its predecessor, is also about FREAKS of nature.  Ones that are misunderstood and trampled on, simply for being different.  This one felt like a stepbrother to NIGHTBREED, another film which I absolutely adore.  They run in the same circles, their themes holding hands, while staying separate entities.

This is a beautifully shot film.  There’s gorgeous lighting even behind the newspaper windows.  When you get outside, you can almost taste that air.  It’s literally refreshing.  Putting you directly in Chloe’s line of sight, the camerawork by Stirling Bancroft (LOST IN SPACE ((2018)) is another standout. 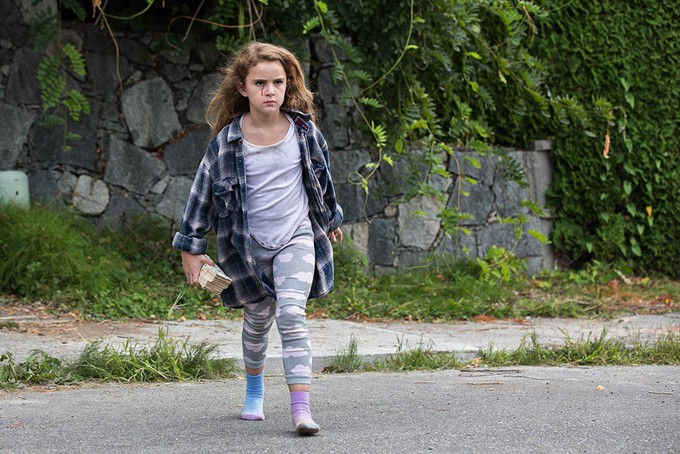 This is a lower budget film that feels like watching a big budget superhero flick by the end.  It takes it’s time leading us slowly down a paranoid delusional path.  Like THE WIZARD OF OZ before it, once the young girl leaves the confines of her safe home everything is turned on its head.  There's a big world out there Dorothy!
Every question you have is answered by the films end, leaving this small film that evolves into an epic blowout one to remember.

We at AICN are running a contest for an action figure from FREAKS, thanks to Well Good USA.  An exclusive 1 of 1, there’s no other action figures of Mr. Snowcone out there!  Read all about that here.

I’ll extend the contest for a week to 09/20.  Then, I’ll announce a winner and ask for contact details to send you this collectible.

I absolutely recommend FREAKS to my low budget, big brained friends.  There’s a mystery afoot and when you get there, it doesn’t just answer your questions.  It thoroughly confuses you and the world you live in.  You’re Guy Montag and don’t’ know who to trust or who’s lying.  You just need to keep reading the screen until you’ know Chloe is safe.

8 out of 10 pachyderms don’t understand THE ELEPHANT MAN

See other things I write at www.freddybeans.com