Hey, friends.  Barbarella here.  Iranian film ZALAVA proved to be a favorite at this year’s Fantastic Fest, winning Best Film in the Next Wave category.  ZALAVA also became one of my favorites for its masterfully crafted tension, engaging cinematography, and intriguing examination of faith and skepticism.

In 1978, the residents of the small mountainside village of Zalava believe a demon possesses people in the area.  Their attempts to rid the demon draw a reaction from gendarmerie sergeant Massoud, stationed at a nearby base, which leads to his assignment to take care of the demon problem once and for all.  It also attracts a famed shaman, known for his ability to exorcise this kind of evil, pitting faith against disbelief and superstition against science. 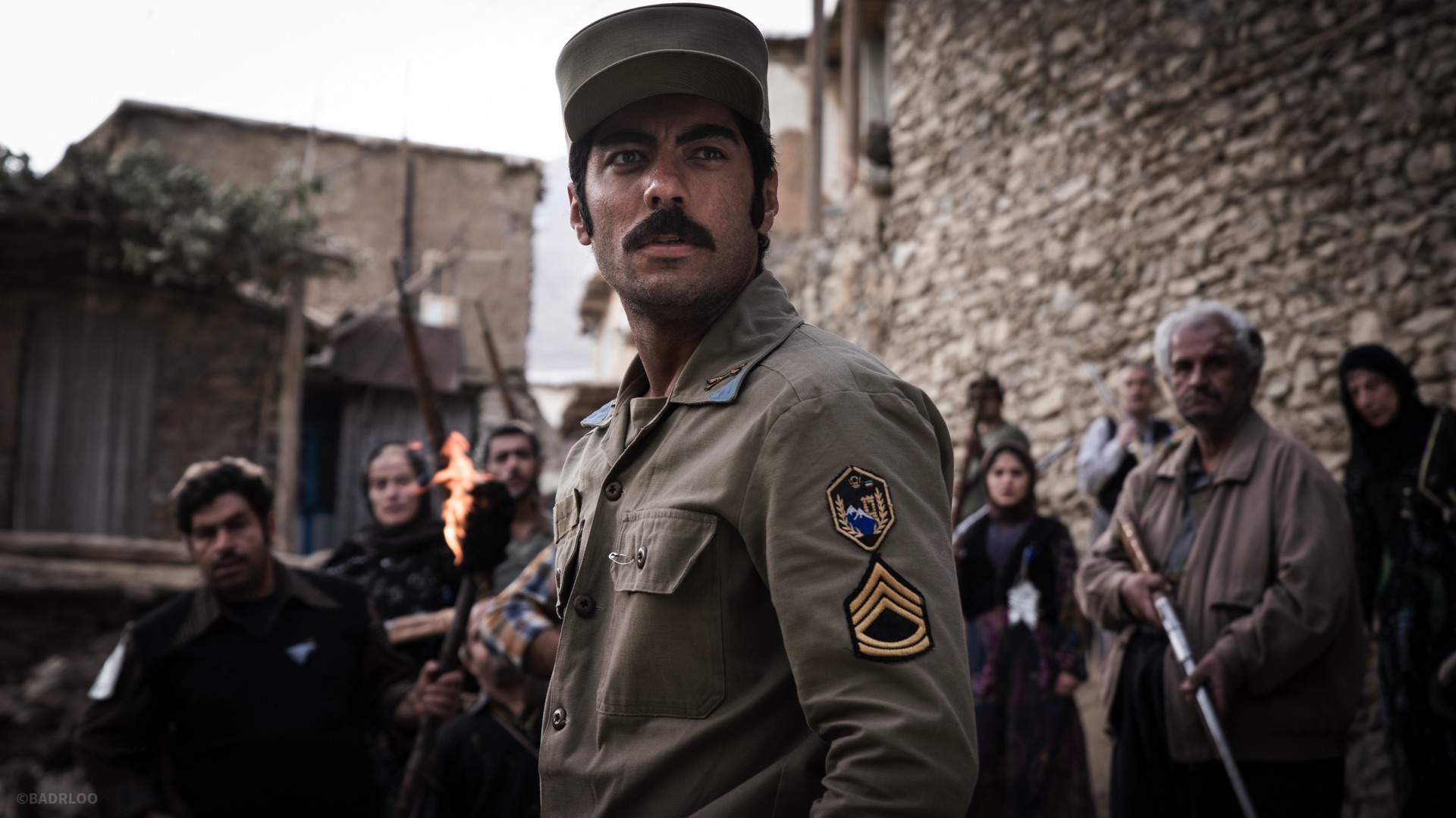 A riveting depiction of the power and effects of faith, ZALAVA stars Navid Pourfaraj, whose swagger, coolness, and mustache lead me to call him the Iranian Burt Reynolds.  His portrayal of Massoud proves just as commanding in the quieter, intimate moments as it does in scenes where he asserts his authority.  These intimate moments primarily occur when he’s alone with the doctor played by the beautiful Hoda Neinolabedin.  Through his conversations with her, we observe the softer layers that lie underneath Massoud’s hardened facade.  I appreciate how insight into his mindset gets offered in a way that doesn’t cause the story’s momentum to drag.

While incredibly skeptical, Massoud must deal with villagers who are fanatical in their convictions and terrified of being possessed.  His burden elevates with the arrival of Amardan (Pouria Rahimi Sam), and he must choose whether or not to relax his cynicism towards the famed shaman and enlist his aid to exorcise the demon from Zalava.  The dichotomy in their beliefs provide ample opportunities to explore faith and skepticism while keeping the story progressing at an effective pace.  The film says so much about the power of faith and its impact on the world and those in it.  It also has much to say about uncertainty, and at the same time generates tons of it. 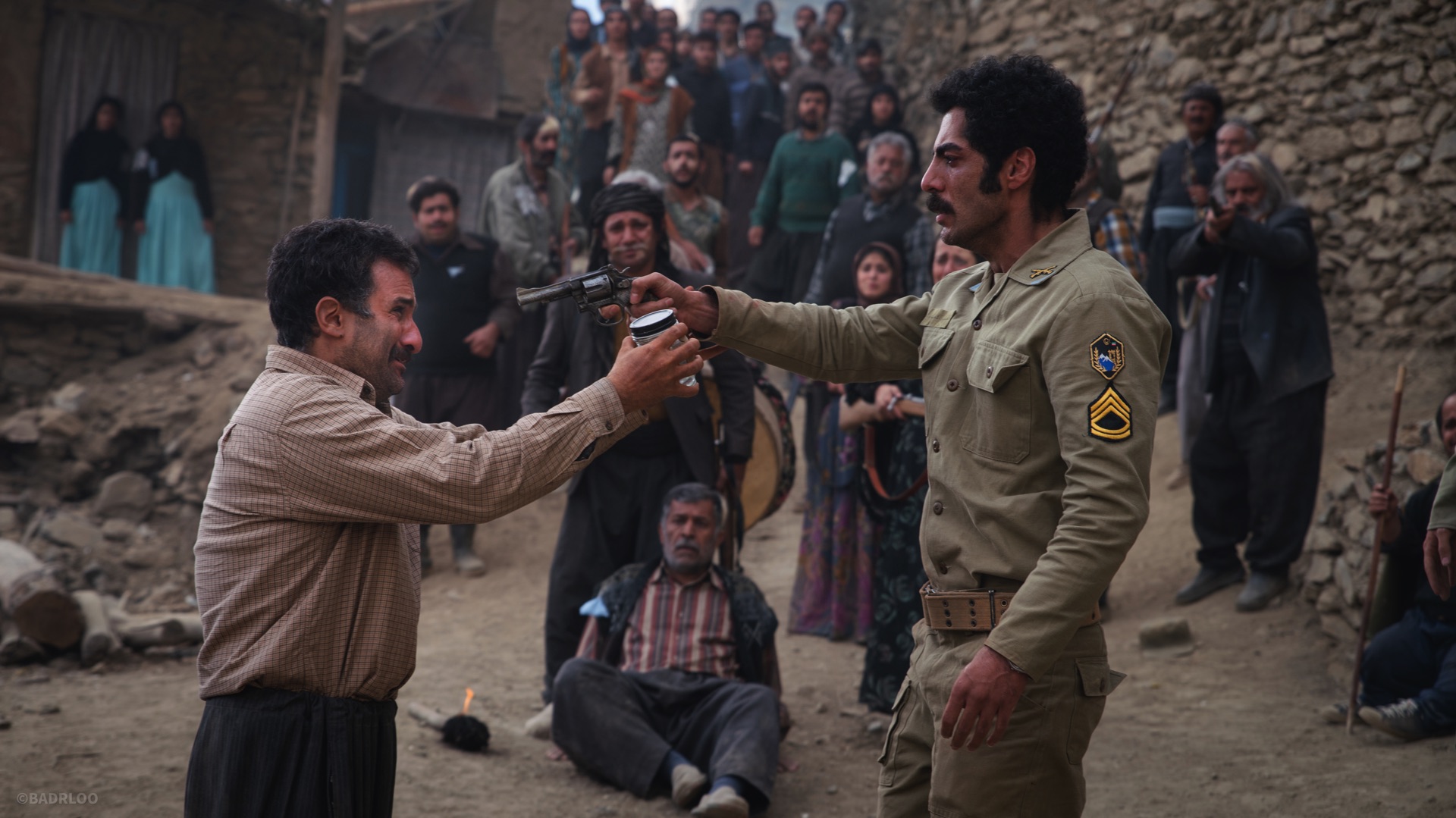 Of course, the best horror comes from uncertainty, and ZALAVA dangles it in front of us in the form of a glass jar.  Cleverly, the film conjures a potent, brain-clinging sense of dread through not revealing whether or not the jar possesses dangerous contents.  While I love the examination into faith and skepticism, this sense of not knowing proves my favorite feature of ZALAVA.  As someone who generally, rather quickly figures out the direction in which a story will traverse, I deeply appreciate the clever writing by Arsalan Amiri, Tahmineh Bahramalian and Ida Panahandeh that leaves me contemplating what will or will not transpire in this village.

Another aspect of ZALAVA that I appreciate involves cinematographer Mohammad Rasouli’s contributions.  The village cuts into the mountainside which offers multiple opportunities to capture images in a way that enhance tension and showcase the scenery.  Mohammad Rasouli takes advantage of these opportunities and utilizes the scenery, shooting in ways that amplify the emotions engendered by the scene. 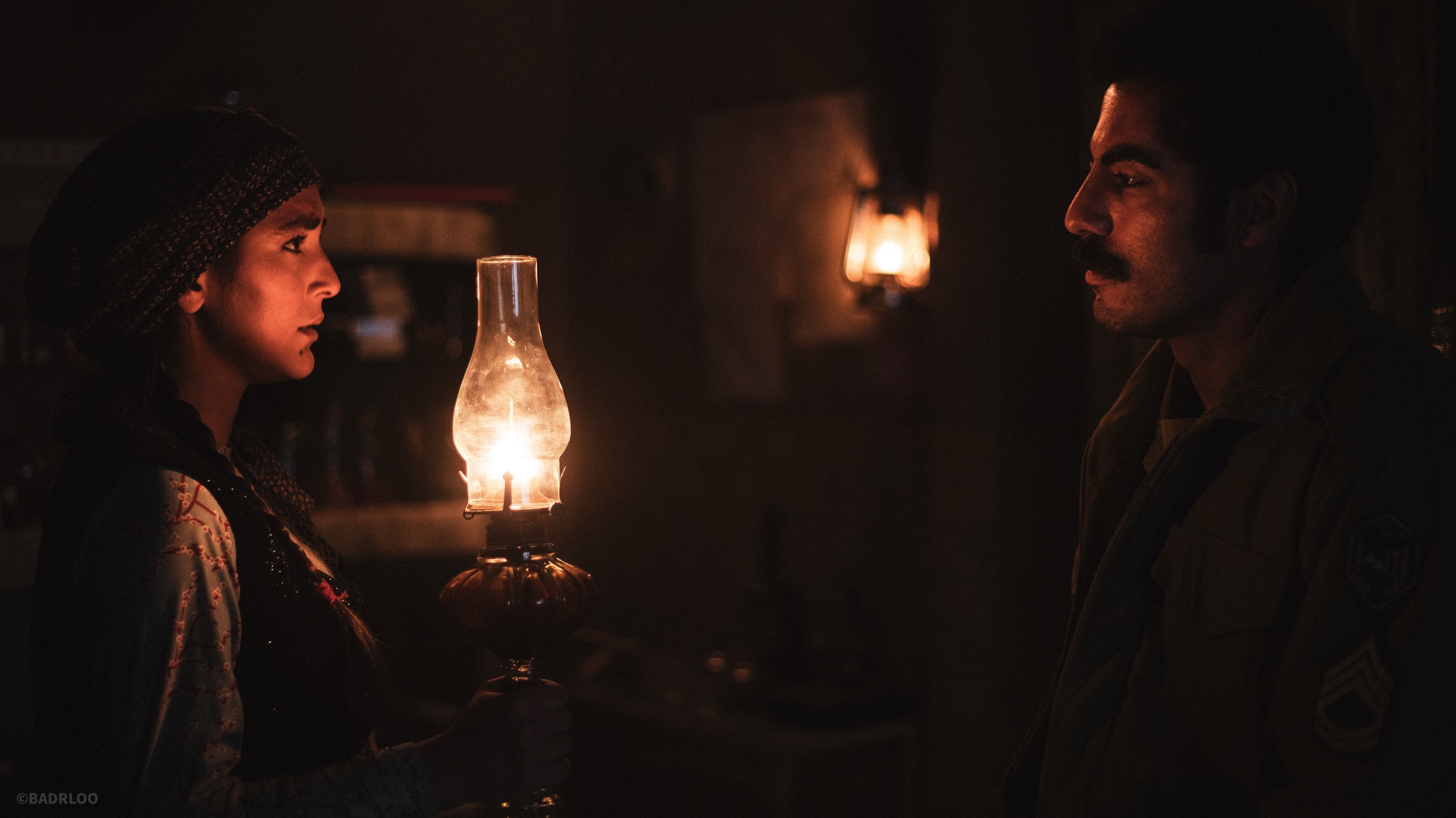 Regarding pacing to which I alluded in earlier portions of this post, director Arsalan Amiri ensures that the film moves at an effective pace that never feels sluggish.  In addition, I value some aspects of the film that some people may not even notice, like how winded Massoud (or the actor) gets after he’s hiked primarily uphill.  Hearing him struggle a little with his breath creates a much more authentic feel.  As someone who used to regularly hike up a section of a local greenbelt referred to as “The hill of life,” I know how briskly walking up steep terrain could impact talking, and it’s nice to see people on screen experiencing that out-of-breath feeling after doing something similar.  Authenticity in film can sometimes be underappreciated, so I want to state my appreciation for not giving the actor a chance to recover his breath before speaking his lines.

Although it’s won some festival awards, last I heard, ZALAVA currently doesn't have a distribution deal in the United States, but surely, it’s going to get one.  It's certainly interesting and relevant enough for American audiences to appreciate.  I mean, fear, faith, skepticism, and love are universally relatable.  While I don’t know when it may get distribution, I do know that when it does, I will be watching it again.