Freddy interviews Jeffrey McHale for his documentary YOU DON'T NOMI, about the history of SHOWGIRLS

Freddy –With an interview of Jeffrey McHale for his documentary titled YOU DON’T NOMI.

YOU DON’T NOMI chronicles the long strange and twisted cult history of Paul Verhoeven’s SHOWGIRLS.  The movie effectively killed his American career.  For almost a decade his movies dominated the big screen. 1985 he made FLESH & BLOOD.  1987 he made the absolute masterpiece that is ROBOCOP.  Then TOTAL RECALL and BASIC INSTINCT, until blowing his load on Joe Eszterhas’ script for SHOWGIRLS.  Sure he got STARSHIP TROOPERS and HOLLOW MAN done in the states after but the man was pushed out and kudos to him for creating some of his best art through that no doubt strenuous process.

SHOWGIRLS is an over the top expose on the stripper scene.  It’s comical, takes itself too seriously, and is rife with bad acting.  Upon first viewing, I can’t even say if I finished it.  I think I did.

A TALE OF TWO CITIES is the only book I’ve ever opened and closed before reaching the end.  I’m worse with movies. Don’t think I’ve ever started something I didn’t finish. I will watch anything to its conclusion, in the search of redeeming qualities.  SHOWGIRLS didn’t’ show me any back then.  However, maybe I was sitting in a stale and biased opinion without realizing it.  Maybe the entire stunt was just that and meant to make us think and not take it as seriously as we, or I, first thought.

YOU DON’T NOMI follows SHOWGIRLS not from that movie is crap and totally unredeemable position that sticks with most that have seen it.
It also doesn’t follow the cult classic crowd that turned this baby in the late 90’s into camp not to be missed.  So trashy, it’s good.  See also PINK FALMINGOS, THE ROOM, MOMIE DEARESTand THE VALLEY OF THE DOLLS.  Movies you get a thrill out of watching due to the sheer ridiculousness of it all.

Nope, this doc comes from the new and growing trend to actually appreciate SHOWGIRLS.  To see its overacting as pivotal to the structure.  To love every inch of this flick, flaws and all, like Nomi Malone (Elizabeth Berkley) desired her attention.  While I was never in this camp before now, after the documentary I can’t help but feel I must revisit the movie and make a more informed decision.  Even if it reinforces my original thoughts.  That alone shows how well the doc was made.

Jeffrey McHale directs an absorbing documentary that will make the hardest hard-liners question their positions on SHOWGIRLS.  I doubt the Criterion Collection will come calling here but I wouldn’t put it past them either.  Jeffrey was a lot of fun to interview and I appreciate his enthusiasm.  We should all find that inner kid in us and let him loose more often. 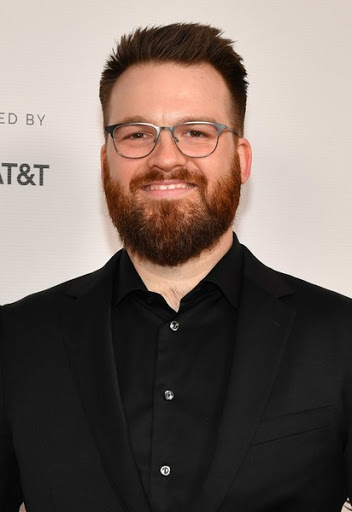 Freddy Beans: How are you doing today, man?

FB:  I didn’t think I would, but I really liked YOU DON’T NOMI.  I had no initial interest in SHOWGIRLS but I found the doc fantastic.
First question I have, is what made you set you sights on SHOWGIRLS in the first place?

JM: It was a movie I would revisit once a year.  I was always a fan of it.  I was at that showing where Elizabeth showed up at the end of the film and I don’t’ think any of us believed she’d be there.  I felt like I was a part of cinematic cult-camp history there. That experience made me want to dig a little deeper and try to better understand my own curiosity. I started by reading all the different takes on the film and thought maybe there’s something there.  I was inspired by other films like ROOM 237 to take it even further. We started filming for 9 months and then I got into editing. It was a journey man.

FB: Sounds like it, my man. Who did you get to meet from the actual movie, besides Elizabeth Berkley?

JM:  I didn’t meet anyone actually.  I didn’t shoot any interviews. I settled more for the afterlife of it. The premiere or screeners are where I met any of them for the first time. It was a really weird experience.

FB:  The movie shows Elizabeth come out for that screening and I assumed you’d met her.

JM:  That was put out by the programmers.  I was there in the audience.  All the way in the back. (Laughs) I had been speaking to David Schmader for some time about SHOWGIRLS.  He’s the unofficial SHOWGIRLS ambassador.  It was exciting to connect with him. I loved meeting April Kidwell, who plays Nomi on Broadway. It was an odd experience making a film about these characters and using their interviews and never having met them. I’ve been living with their voices in my head for over 9 months now.

FB:  You’re capturing a celebrity encounter on film where actually meeting them comes with that personal touch that sort of cements everything in. Do you personally think Elizabeth Berkley got a raw deal?

JM:  Yeah, of course.  The way she was tossed around in the press and the reviews, it was disgusting.  Yes the performance is insane but I appreciated Verhoeven’s admittance, that he directed her that way.  She was following his direction. Her performance is the main reason that makes the movie so special.  There is no SHOWGIRLS without her. 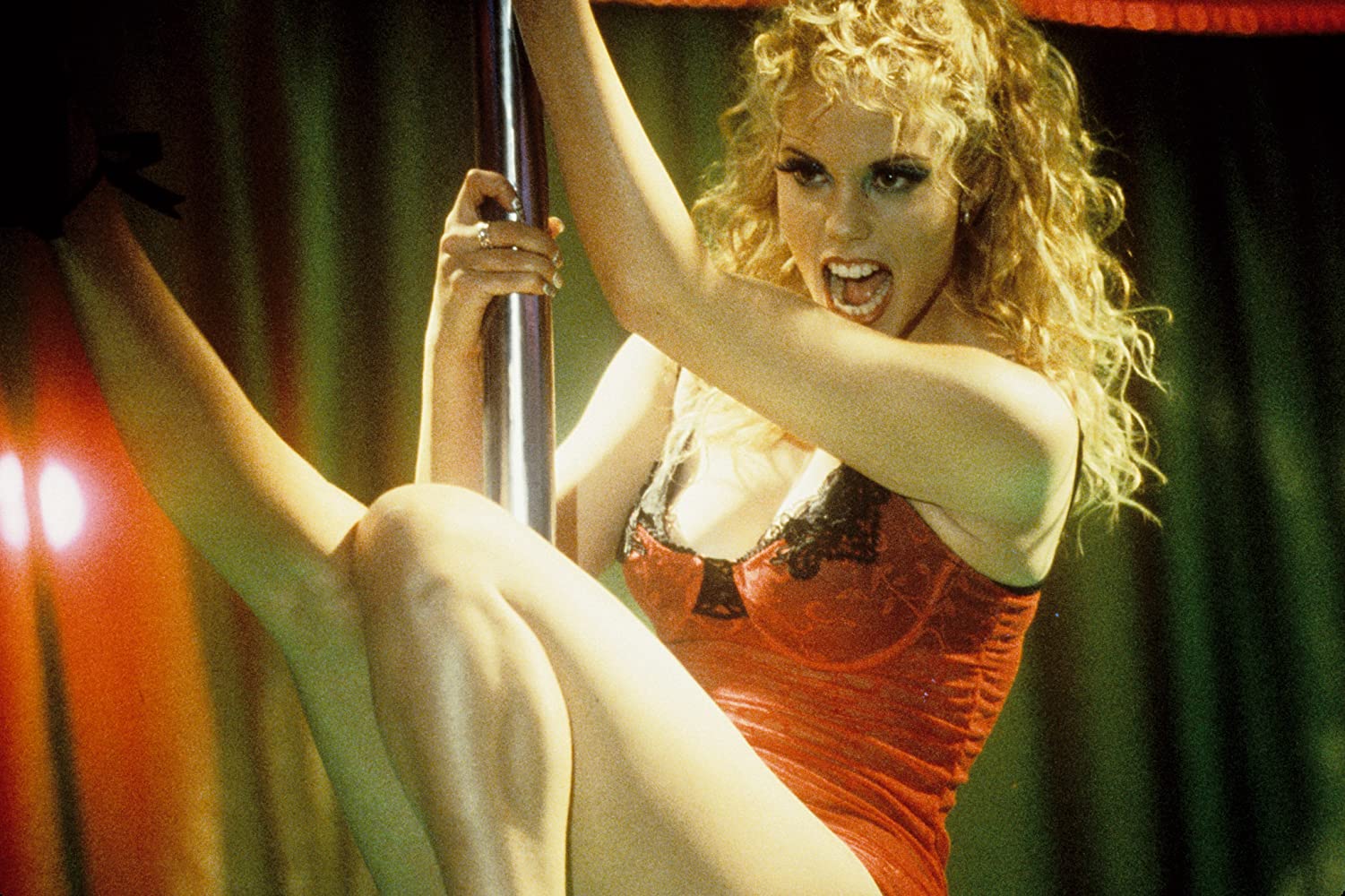 FB:  Hence the title. Are you a fan of Paul Verhoeven?

JM:  Yes, I am.  I’m not a huge cinephile. I had seen mainly his blockbusters – ROBOCOP, STARSHIP TROOPERS, and TOTAL RECALL. The process of dipping into all his other work fascinated me.  Finding so many connections in his work, recurring.  Then specifically showing them within the SHOWGIRLS framework. Using the rest of his films to look at the whole picture of him as a director.

FB:  That’s maybe my favorite part of your documentary.  You really display some of Paul’s questionable components without judgement.  The way we all want most documentaries to work.  Show us all the nitty gritty then let us make our own choices from there. Was that intentional to show him like that, all the bells and whistles?

JM: Yes! I think there’s some as you said questionable choices that were made. Strange sort of motifs that he seems to keep circling back to. I’m not one to judge or criticize but I definitely wanted to point them out.  Here’s something that keeps popping up and it’s a direct correlation to a criticism about SHOWGIRLS.

FB: Like I said earlier, I’ve never seen SHOWGIRLS beyond that first viewing. Honestly, after watching YOU DON’T NOMI, my girl and I have decided, we really need to revisit this one. My question to you is-Is that a good thing? (Laughs)

JM:  I think so.  The movie can’t be replicated.  It won’t be made again.  Hopefully we learned our lesson as to why it was made and our response to it.  It’s an artifact of the past, that’s still got tons of interest in it.  I’m excited to hear the various viewpoints from those that haven’t seen it. I don’t think I could have made this documentary ten years ago and ten years from now the conversation will be completely different.

FB: Are you going to make any more documentaries?  Anything else you’re a little obsessive on? (Laughs)

JM: (Laughs) Productivity has seemed to grind to a halt with the lockdown but yes.  I haven’t narrowed it down yet but it will involve something in the pop cultural landscape. I have a day job as a television editor but I want to keep telling stories.

FB: I would love to see what you do next man.  You’re very talented.
Good luck with the film and with your future!

JM: Thank you so much.  I’m really glad you liked it.

YOU DON’T NOMI is out now On Demand and digital.  The movie arrives on DVD and Blu-ray, July 21st. 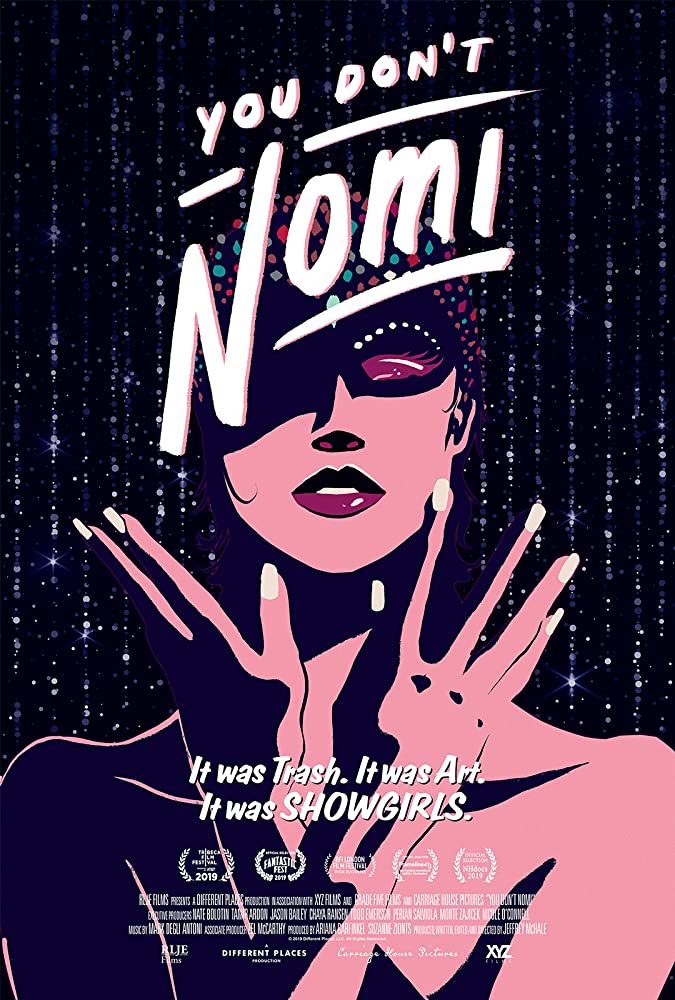 Stay safe out there everyone!
Freddy Beans (AKA: Ken Lewis)
www.freddybeans.com 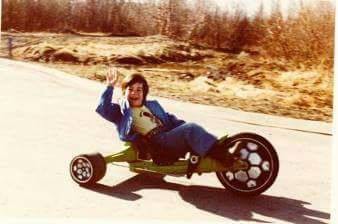