JAMIE BERNADETTE Chats with Prometheus for WOMEN IN HORROR MONTH!!!

Hey there, fellow horror geeks, and monsterphiles! Prometheus here with another fun interview for Women in Horror Month! I had the pleasure of chatting with Jamie Bernadette recently, who is no stranger to the horror genre. You may remember her from “I Spit on Your Grave: Déjà vu.”

You can check out our awesome conversation below plus some exclusive horror-themed photos that Jamie sent me, taken by TimSabatino.com! 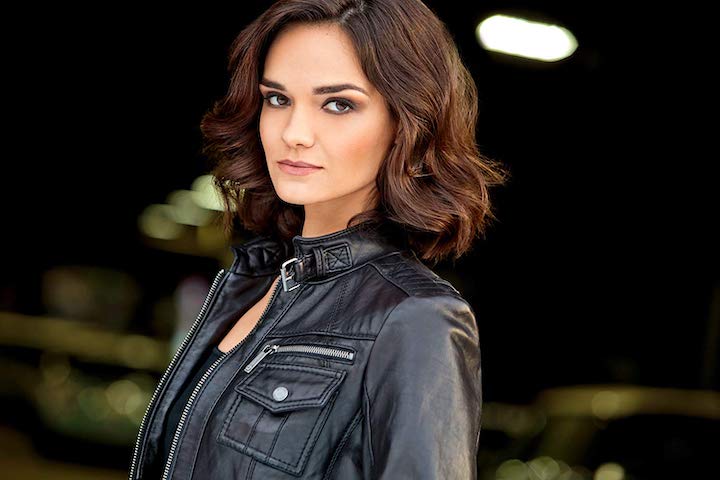 JS: Jamie, thank you for the phone call!

JS: I wanted to talk to you for Women in Horror Month!

JS: So, you’ve been in horror for a while, you’ve done a lot in the genre. What draws you to horror, Jamie?

JB: I’ve always liked horror since I was a child. I grew up watching Alfred Hitchcock, “Psycho,” with my mom and “the Birds.” I don’t know I’ve just always loved horror films, so I always wanted to do it. One thing led to another and now, somehow, I’ve done a lot of it.

JS: Did you have a favorite scream queen or actress growing up?

JS: So, was Freddy your favorite monster, or?

JB: I wouldn’t say so. I would say probably, Michael Myers. He was the scariest. Still to this day, if I see any trailer or anything for “Halloween,” I’ll have nightmares.

JB: Yeah, I’ve always been the most scared of Michael Myers for some reason.

JS: Recently, you were in “I Spit on Your Grave: Déjàvu.” Now, that was the only direct sequel to the original (film). Were you a fan? Did you see it?

JB: Yes, I did, and I was a fan. I saw the original and I was blown away by it because it seemed so real. To accomplish something like that in cinema is an amazing feat, to make something seem like it’s really happening. Then I had seen the remake, the 2010 remake as well. So yeah, when I saw the casting notice, I was very well aware and knew the franchise.

JS: You must not have a weak stomach.

JB: No, not really. No. The original is hard to watch.

JS: It is. It was tough for me to get through.  You play Camille Keaton’s daughter in the film, Christy Hills. Camille Keaton comes back and reprises her role as Jennifer Hills. What was it like working with her?

JB: It was amazing! We just connected right away. I remember the first day on set and it was like we had known each other our whole lives.

JS: Did you feel any pressure with her there?

JB: No, I didn’t feel pressure. I mean, I definitely felt pressure to take on that role. I felt like I would be compared to Camille Keaton in the original film and with Sarah Butler in the 2010 (film), and Jemma Dallender from the second one. You know, It really hasn’t been like that. It wasn’t like I thought it would be, which is great.

JS: Was there any special thing you did to prepare for such a brutal role?

JB: Yeah, I researched rape and gang rape for weeks and weeks. I would watch interviews. Elizabeth Smart was one that I watched. I really researched her case. Other ones too, where they had been brutally beaten and survived. I really delved into researching it across the world. It was very upsetting and dark getting ready for that role. Of course, I watched the original over and over.

JS: That must have been mentally exhausting.

JB: It was very depressing. You know, when you watch that stuff a lot you start getting all paranoid like someone’s gonna come in your house or… you know how it is.

JS: Was there anything you did to decompress, after? Did you go on a vacation or anything?

JS: You’ve done a lot of horror. Was there any one scene that was tough to get through?

JB: I think it was the rape scene in “I Spit on Your Grave (Déjà vu).” Camille Keaton was hurt on the first film; I was hurt on the second. It’s the first time I’ve ever talked about it, actually. Sometimes when you’re doing physical scenes, accidents happen. So, the rape scene was definitely the toughest to get through, I think in my career. It went on for four days.

JS: Four days? Wow… Now flip that question. Was there any one scene that you absolutely loved doing?

JB: I did love doing the grave scene in “I Spit on Your Grave (Déjà vu).” I don’t know why. (Laughing.) They like, beat me over the head with a shovel.  I don’t know why that was so much fun for me, but I really enjoyed that scene.

JS: Getting hit in the head with a shovel?

JB: In horror, you go through so many emotions. I think horror is some of the toughest acting you can do.

JB: Yeah! Like the crying, and the terror. I don’t know, that scene was just so crazy. Maybe that’s why I liked it so much. Maybe because it was a challenge? I just like… die basically, and land in the grave on (top of) my mother. It was a good scene, well written. It was fun to do.

JS: Question… If you could remake and star in any horror film, what would it be?

JB: I think it would be “The Texas Chainsaw Massacre.” I know it’s already been remade but that one with Jessica Biel… wow. She’s amazing in that. It’s a hard decision though. Maybe “The Birds.” I almost ended up in a spoof of “The Birds” playing Annie, the teacher.

JB: Yes, I would have had it but the director, he knows Jaimie Alexander. So, she got it in the end. It was sooo, well done. Gregg Bishop was the director and he did a good job. It looked like the real sets from “The Birds.” I grew up watching that (film) over and over so… I would love to do that one as well.

JS: That would be cool. You did mention being a Hitchcock fan. What was your favorite Hitchcock film?

JB: Probably “Psycho.” I saw that over and over, too.

JS: Is this true? When you were younger you decided you wanted to be an actress and you drove to Hollywood all by yourself?

JB: Yeah, I did. Six hundred dollars, I had. I had two friends in LA.

JS: So, you just decided to go, and by yourself just packed up and went?

JB: I did. In four days, I decided. It took me four days to leave. It was either stay and get married and have kids and stay in my hometown with the love of my life, or… I don’t know, I got freaked out. Because everyone gets married so young there and has kids. If your like, dating, twenty-two and you don’t have a child, they’re like; what’s wrong with you? That’s just how it is in my hometown. Yeah, he was buying a ring and I told him not to… (Laughing.) In the store, I changed my mind and I just…

JB: Yes, in the store! I remember driving home and sitting in his truck and I was like; oh my gosh, I would rather stand in the street and get run over by a car than live here and live this life. Then I was like; whoa, I just said in my mind that I would rather die than live this life, there’s something wrong here. I talked to my sister and I was like; I kind of want to be an actress, and she was like; you’ve been talking about that forever. I was like; doesn’t everybody though? And she was like; no, not everyone does. I don’t want to. I thought everyone wanted to do this. I had one friend tell me it was a pipe dream like I was crazy. It was four days, I think, from when the ring thing happened that I left.

JS: Wow. What was it like, by yourself, driving all the way out to Hollywood?

JB: It was rough, and I remember I stopped in Arizona and I stayed in a hotel, and I woke up and I called my ex, the guy I just left, and I was like; I think I want to drive back home and come back. He said, “I think you need to continue on your journey.” I literally was like, oh, wow. That was great advice, he was right, and we’re still really good friends to this day. We’re like family. He was right, I did need to continue on my journey because I would have come back and just been miserable and ending up leaving anyway. (Laughing.)

JS: I know you’re working on a ton of stuff. Anything you wanna tell us about, Jamie?

JB: This is the first time I talked about this, too.

JB: Yeah! So, I am about to start filming in a movie. I can’t say too much about it, but I’m so excited! It’s called “Homestead,” and the script is soooo, good! It takes place in 1890, which I’ve always wanted to do a period piece, horror-thriller. It’s more of a thriller, but it’s horror, too. It’s like a horror, thriller, western. Oh, my goodness, I’m so excited. I’m leading it with an actress who I know. She’s young, and she’s playing my daughter and we’re so excited. She’s amazing.

JS: I’ll have to keep an eye out for that. I want to thank you for taking the time out to talk to me for Women in Horror Month, Jamie. Have a great night!

JB: Thanks, you too! 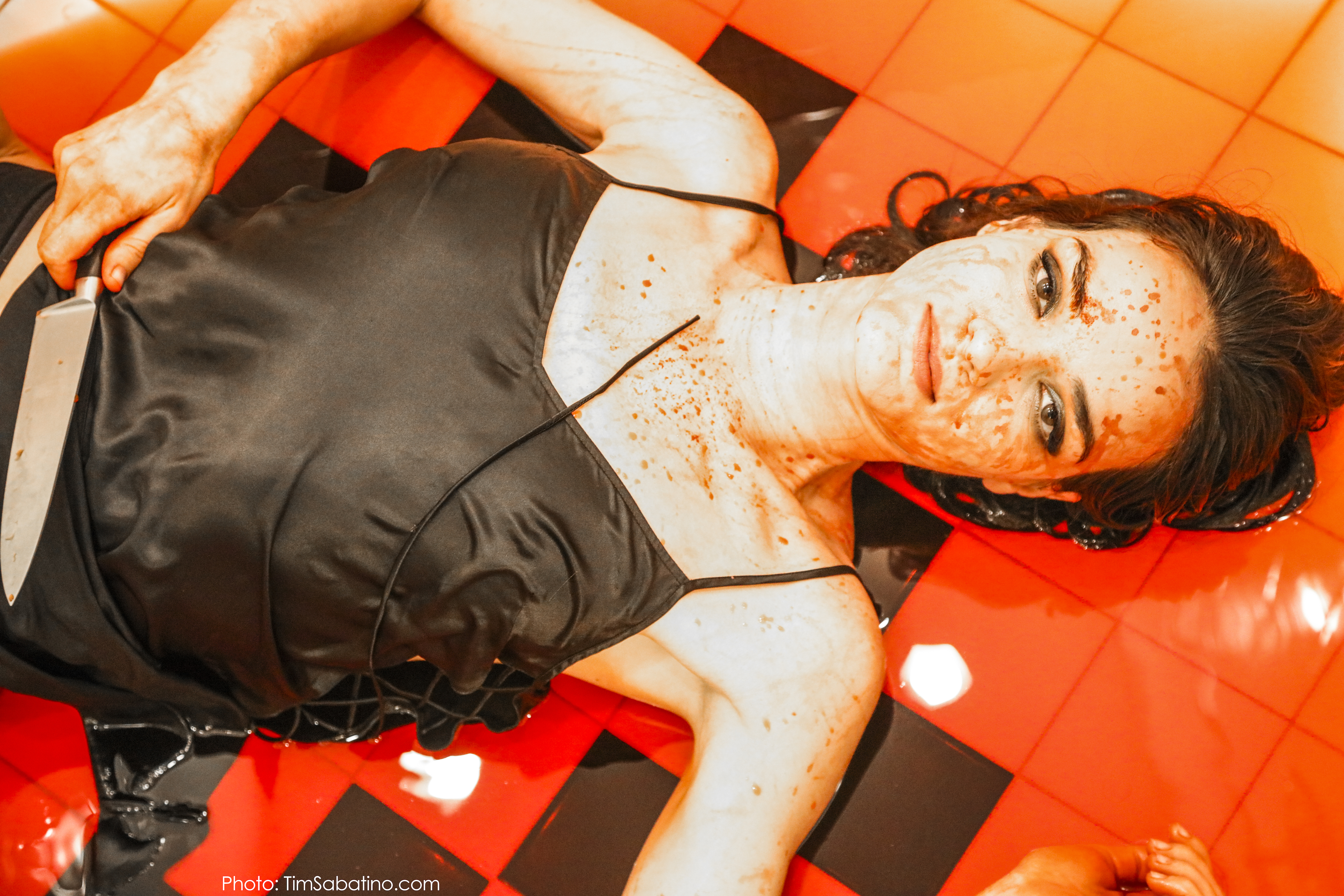 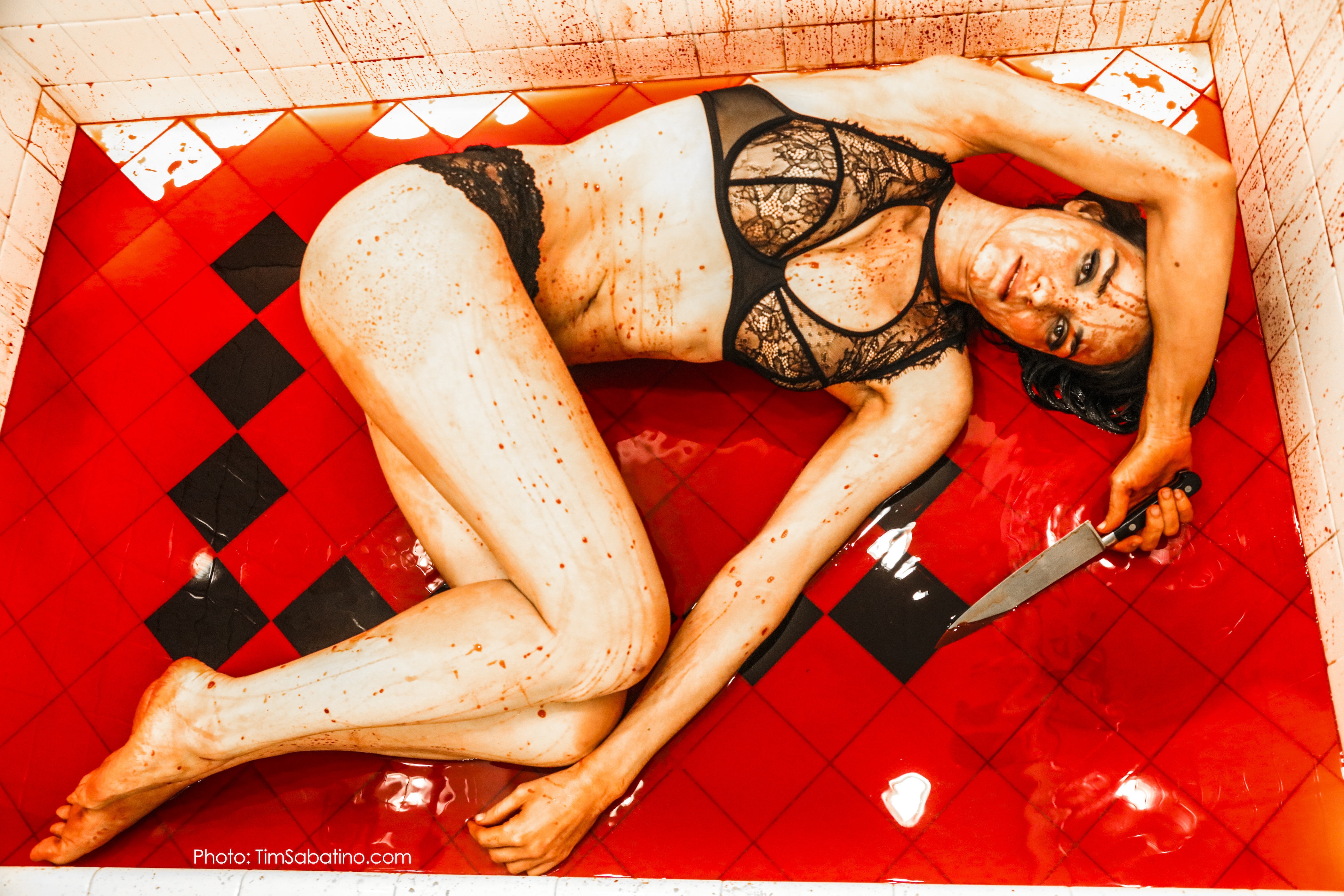 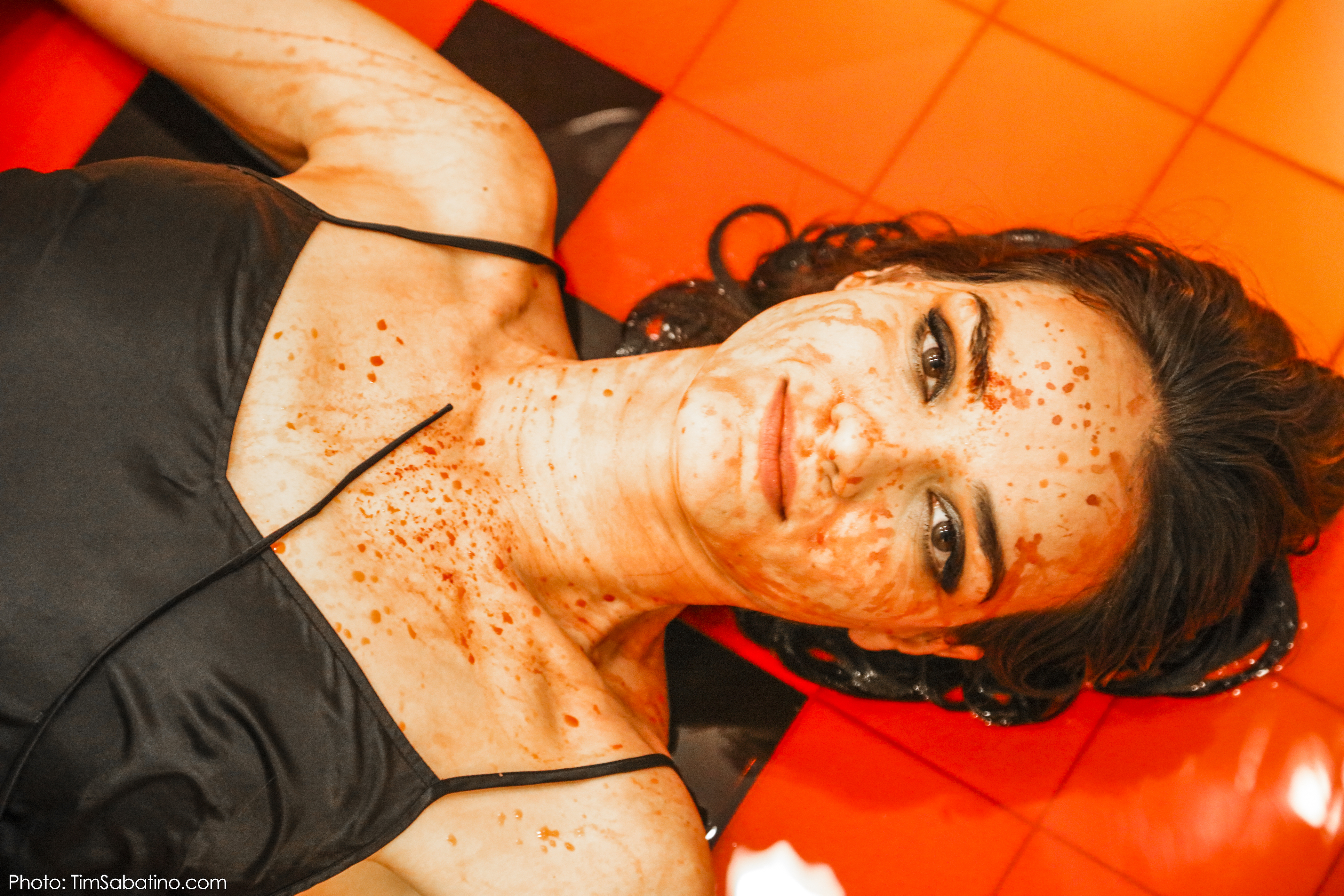 Jamie was great. It’s always a pleasure to chat with a fellow horror geek! That’s it, for now, folks but be sure to keep an eye out for Jamie in “Homestead!” Until next time, keep on geekin’ on, my friends!