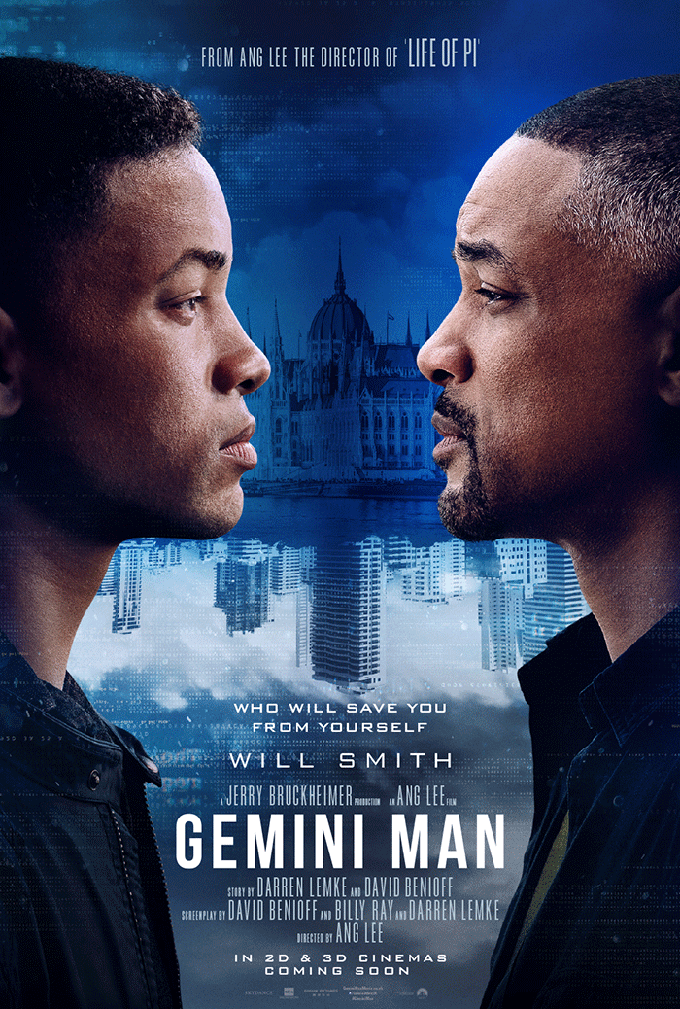 Ang Lee is back with not just one Will Smith, but a younger version too! The film got people excited a few weeks back at CINEMA CON, and in an AICN search, I found an article from 2000, when Harrison Ford was committed to the project.  Then in 2007 we had an update on GEMINI MAN. I think it is probably a very good thing that the project was delayed until Ang Lee.  Marvel has demonstrated an astonishing ability to weild the digital fountain of youth and the effects work in this trailer seems pretty damn perfect.   Now, check out the trailer:

What do you think?

The film is due out October 11th domestically against JOKER, ZOMBIELAND 2, MALEFICENT 2 and the animated ADDAMS FAMILY.