We have 3 ADOPT A HIGHWAY Blu-Rays to give away

Ken, with three Blu-rays to give away, of an excellent looking film titled ADOPT A HIGHWAY, via AMC Network’s  RLJE Films and Blumhouse.

So what is ADOPT A HIGHWAY?

It’s a film following Russell Millings (Ethan Hawke) as he’s released from prison without any tattoos, a modern day miracle.  As with most ex-felon’s he’s having a hard time connecting with modern day reality.  He finds a job as a dishwasher and while taking out the trash one night, hears a sound from the dumpster.  He finds the grouch and it turns out to be a baby girl.  What follows is my first time rooting for a kidnapping to succeed.

I love an honest film that grabs the heartstrings and this looks fantastic.  That trailer was cut perfectly!

Logan Marshall-Green (PROMETHEUS’ Charlie Holloway) wrote and directed ADOPT A HIGHWAY, his freshman effort in both fields.  It looks like a touching film on humanity and our will to connect with others in order to survive.

In order to win one of these Blu-ray’s write me at freddybeans@gmail.com with your favorite Ethan Hawke performance and why it grabbed you.

My favorite responses will get a congratulations e-mail and a request for your address to send the prize to.

That’s it.  I received a ton of responses for the TRICK giveaway.  Lets’ see if you can outdo that one.  The more thoughtful the entries, the more likely you are to win.

ADOPT A HIGHWAY comes out on DVD and Blu Ray December 24th. 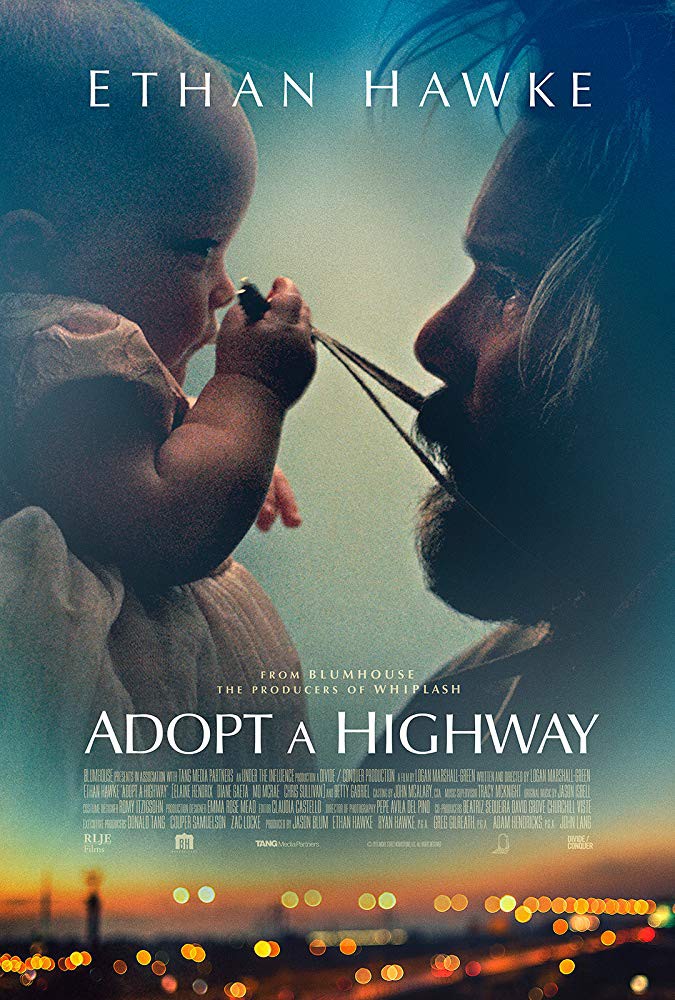 My poem about never giving up here.