Trailer for CHILD'S PLAY toys with us

Ken with the 2nd official trailer from CHILD’S PLAY.

Wow.  Color me surprised.  I’m now firmly in the-maybe we do need a separate rendition of Child’s Play for the masses-camp.

When I first saw the artwork coming out for this one, I was less than impressed.  Though there’s something to be said for subtlety.  Everything looked too reliant on CGI.

That trailer fixed up a lot of my misconceptions.  I understood Chucky would be brought into the future.  I didn’t realize he could MAXIMUM OVERDRIVE the city in epic LAWNMOWER MAN fashion.

Andy Barclay (Gabriel Bateman) is back and looks a bit aged, to boot.  His mother Karen is played by Aubrey Plaza.

As in the original, mom buys a doll for her son’s birthday, ending up with quite a bit more than she bargained for.

A lot has been made of the fact that Mark Hamill is playing the voice, mainly because he’s already an iconic voice actor.  This voice felt a little too similar to the original Chucky voice for me.  It’s like he’s mimicking Brad Dourif, not creating a new Chucky.  That’s my only complaint and we have such a small sampling, I could be way off.

Anyone else getting excited for the new CHILD’S PLAY?

How about the inclusion of him using technology to enhance the terror he can induce?

CHILD’S PLAY comes to theaters near you on June 21st. 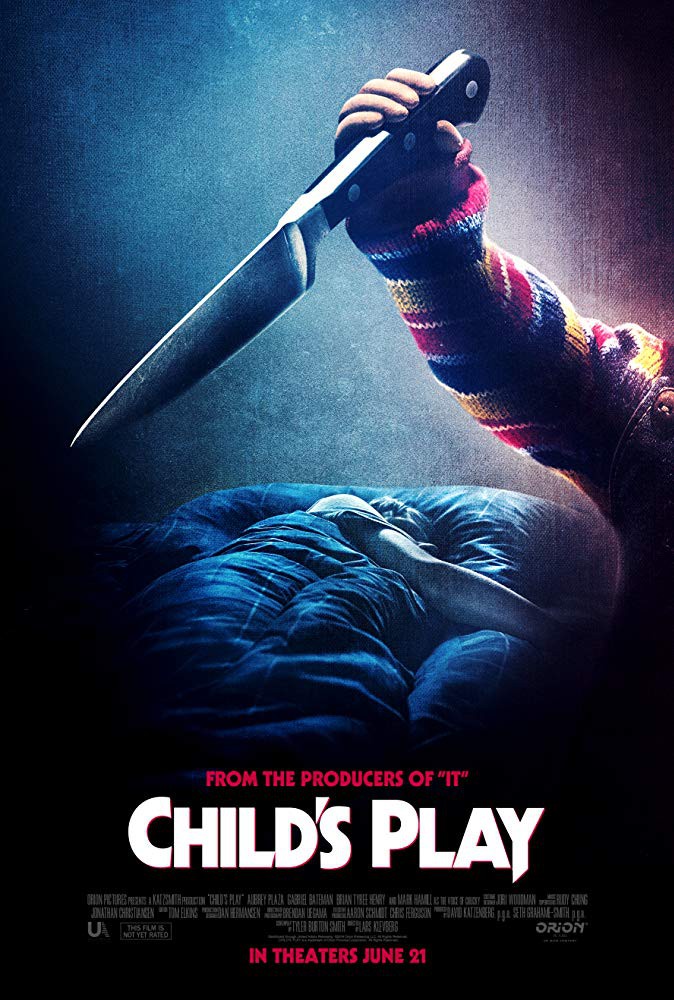