Tommy Chong talks with Freddy Beans about his new flick, COLOR OUT OF SPACE

Ken with an interview of the immortal Tommy Chong for his new horror/sci-fi flick titled COLOR OUT OF SPACE. 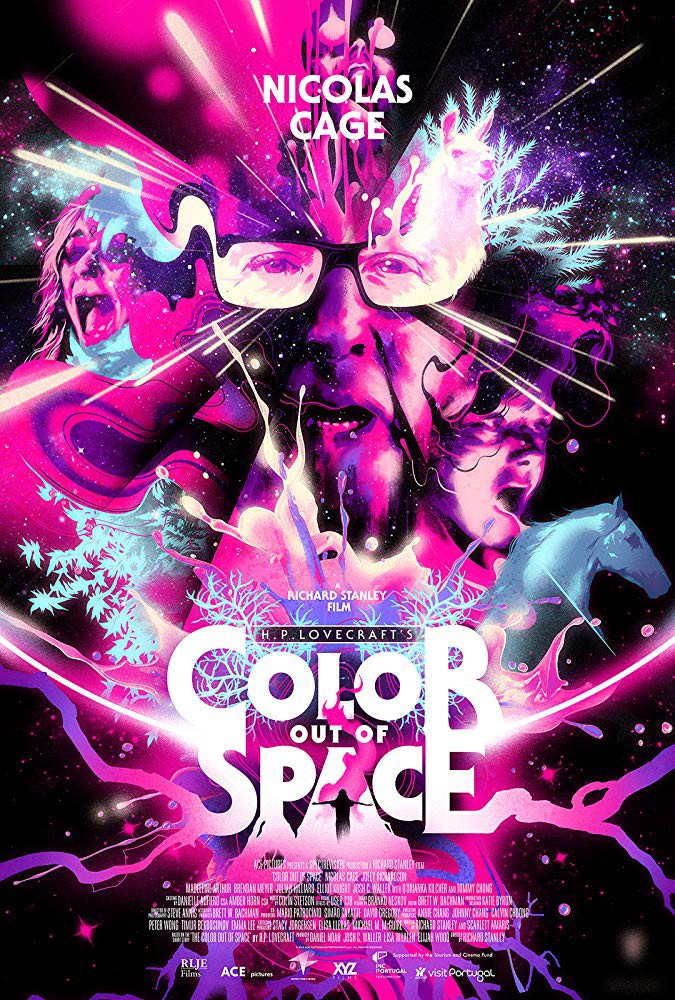 So what is COLOR OUT OF SPACE?  It's Richard Stanley's (HARDWARE) awesome new sci-fi/horror flick.  It’s all based on an H. P. Lovecraft short story titled THE COLOUR OUT OF SPACE.  If you don’t know who Lovecraft is, please fix that asap!

The movie follows the Gardners, who move into a farm in New England.  They’re trying to escape the hustle and bustle of the modern century and then an uninvited meteorite crashes their new farm.  This meteorite seeps into the ground and starts infecting all living things from plant life to the Gardners themselves with vibrant colors.  Will they all become infected by the mysterious meteorite and it’s rainbow concoctions?

If that doesn’t sell you on the film, it’s got Nicolas Cage being more Nick Cage than he’s been since MANDY.  Some of these scenes with him going a little crazy, are pure gold.  Where’s Cher when you need her?  In the midst of all this is a peaceful hippie living in a cabin named Ezra. (Tommy Chong)

Without further ado, here’s my interview with Ezra.  AKA  Tommy Chong 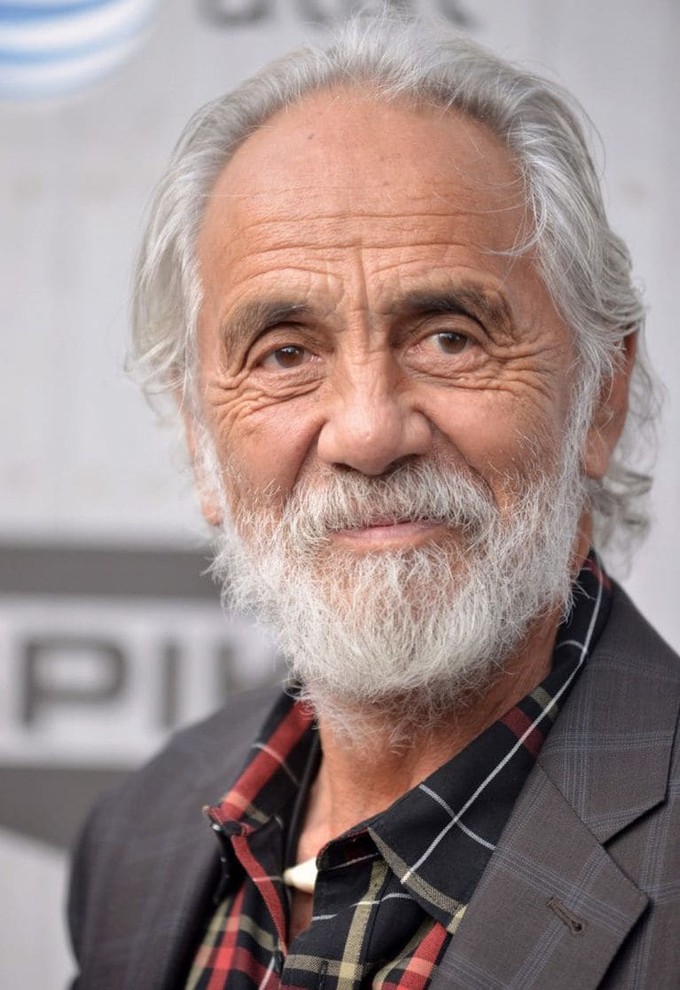 Freddy Beans:  Hey Tommy, how are you doing today?

Tommy Chong:  I’m doing good Fred.  How are you?

FB:  I’m doing awesome man, thanks for asking.  I saw COLOR OUT OF SPACE and was wondering what your favorite experience playing the hippie Ezra was?

TC:  I think it was when they said “wrap,” and I got to take off all that makeup.

FB:  (Laughs) Do you find it offensive if I say, I think you’re being typecast as the mystical stoner? 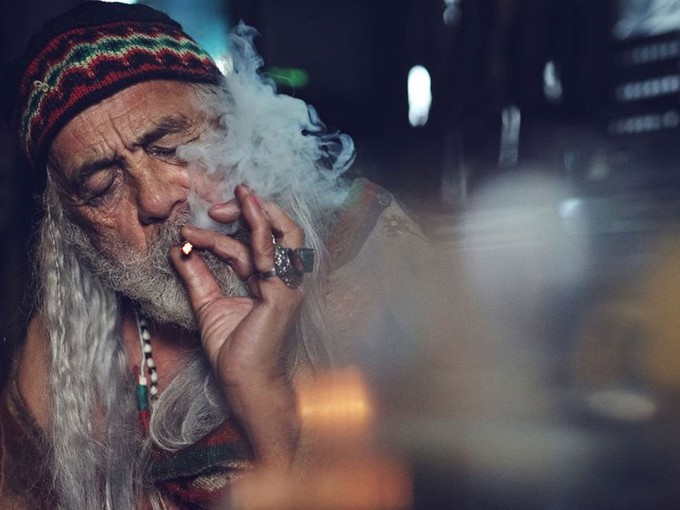 TC:  No, I don’t mind at all.  My character has a lot in common with more than half the population of the world.  So I’m in good company.  The stoner part helped me get through the movie, ya know.  You have to sit in that makeup chair a long time.  It’s a lot easier with the right substance.

FB:  That makes a lot of sense.   It makes it easier to not fidget as well, right?

FB:  What was the hardest part of this shoot man?
TC:  The hardest part of the shoot was watching my wife get all dolled up and take a trip to go sightseeing without me.  I had to go to work.  She went to all the castles and big touristy spots in Portugal.  No, there was no tough part in the movie.  And playing a hermit, speaking of typecasting, (Laughs) is who I am anyways.

FB:  Since you brought her up, you’ve been married to Shelby for close to as long as I’ve been alive.  I’m 45 years old and got you beat by a year.  I was wondering, if you would like to impart your secret to a long and successful relationship?

TC:  You have to be famous and have a lot of money!

TC:  (Laughs) Wow.  That’s up to you dude.  You better get a lot of money and get famous.  No, you have to have an unknown quantity.  You have to be that book that they gravitate to, but they really haven’t read it yet.  I’m talking about you personally.  This is a personal experience.  You have to be attractive to other women.  So keep your looks up.  Concentrate on yourself and be up to date on what’s going on.  Don’t’ be one of these guys that doesn’t talk and just sits and looks at their phones.  Don’t be that guy.  Be the guy that’s someone they can talk to on the phone.  My wife always used to tell me, “I’m not going to marry you.  I don’t’ want to be anyone’s wife.”  She told me, the only way she would marry me, was if I became a millionaire.  So, I became a millionaire and she married me.  (Laughs)

FB:  (Laughs) Whatever it takes, right?
You were one of the first comedians to migrate to the states from Canada.  There’s been a major exodus after you.  What initially made you make that jump?

TC:  I was in a rhythm and blues band in Vancouver.  We got discovered by Diana Ross and the Supremes.  They came to a club we were playing at and they were so impressed, Diana Ross convinced Berry Gordy to come out and sign us up.  Once we got signed to Motown, we had to go to Detroit.  Once I got to Detroit I fell in love with the states.  I always loved the states but having a bona fide reason to come down here was really nice.  I got my first wife and myself a green card.  My 2nd wife is all legal.  Coming to America, was the biggest thrill of my life.

FB:  That’s awesome man.  I appreciate you sharing that with me.

How did you meet Cheech? 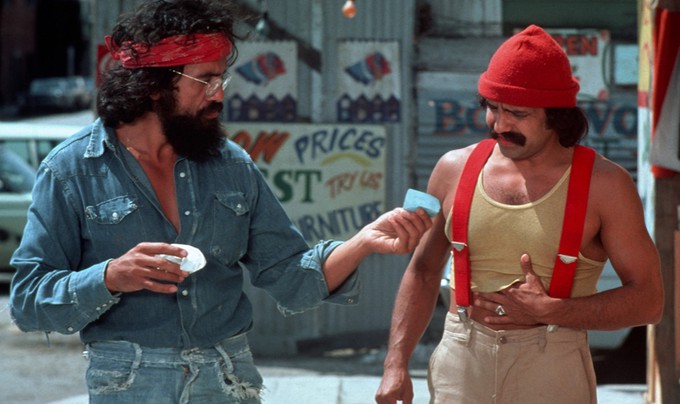 TC:  He was dodging the draft up in Canada.  He was the first Mexican I’d ever met.  I didn’t know the Mexican culture at all.  We kind of hit it off because he hadn’t met a Canadian like me before.  Next thing I know, we’re making comedy records together.  We just had a great, great time, making records and touring.  That’s what spawned the movie UP IN SMOKE.  That’s the reason I made it, ya know?  I always say, if you live in LA, you need a Mexican.

FB:  (Laughs) I suppose there’s some truth in that.

Are you guys still touring?
TC:  Oh yeah.  Well, he screwed up his knee.  He fell over some monitors and cut his knee pretty bad.  Ultimately, finding out he needs a knee replacement.  Right now, he’s trying to get used to the new knee.  I don’t know if we’ll go back to touring or not?  I might just put a super band together and just play music for a change.  Like I used to do.

FB:  That’s your love or your passion, right?
TC:  Yes, that’s my love.  If I can convince my wife to go on the road with me.  I think I’d like to go in that direction for a while.  I’ve really never done the music thing and that’s what started this whole thing off.

FB:  It almost sounds like you fell into comedy, where your passion really was being a musician.

TC:  Exactly.  I never really call myself a musician either.  I never made that commitment.  (Laughs)  If you play the guitar that’s one thing.  If you say you are a guitar player, that’s a whole other thing.  I thought I was a guitar player and I went to this audition and I found out that I wasn’t the best guitar player.  I’m the best Tommy Chong comedian though.  That’s the story of my life.  I have a chance now to dig up that music in my life.

*Here we were cut off*

TC:  Yeah, Wow.  Very much so.  Maybe that’s why I like him.  I like those guys.  I loved seeing an early Mike Tyson.  You know why they are so good?  It’s because the trainers train them so hard, that they just want to go kill somebody.  (Laughs)  They point them to the other corner and they say, “That’s what you did all that training for!”  It’s an exciting time for McGregor right now.  I like him a lot.

FB:  No doubt.  With that win, he can really do as he pleases for his next fight.

I read you smoked with every BEATLE but Paul.  Did you knock him out yet?  Or have anyone else on the old bucket list?

TC:  Still just Paul, right now.  If I get Paul, then I’ll lay off my bucket list.  Then my bucket list will be places that I want to see, ya know?  I haven’t been to India yet.  South Africa.  All the islands, the Bahamas.  There’s a lot of places I want to visit and try the product, man.  Ya know, plant the seeds.  That’s what I do.

FB:  Thanks so much for your time Tommy.  It’s been an absolute pleasure.

Our time was officially cut too short.  I had 4 more questions I really wanted to get to but wasn’t meant to be.  Now to nab Cheech!!! Check out Chong in COLOR OUT OF SPACE only in theaters now.