Hey, friends! Barbarella here. After a tragedy, people do all kinds of things to cope. Some turn to drugs and alcohol, some seek out church and community, some hunt down a therapist, but in Russell Owen’s SHEPHERD, Eric Black opts to escape into solitude by taking a job as a shepherd on a remote Scottish island. While I’m not one to judge anyone’s choices, I certainly wouldn’t have opted for that particular location to wrestle with difficult memories, but hey, that’s just me. SHEPHERD proves a stylish reflection on a character dealing with his past, and stars a captivating Tom Hughes as Eric. The film offers limited human interaction along with some indelible imagery while presenting Eric’s struggle to maintain his sanity. I had the opportunity to speak with the actor about his experience. Check it out. 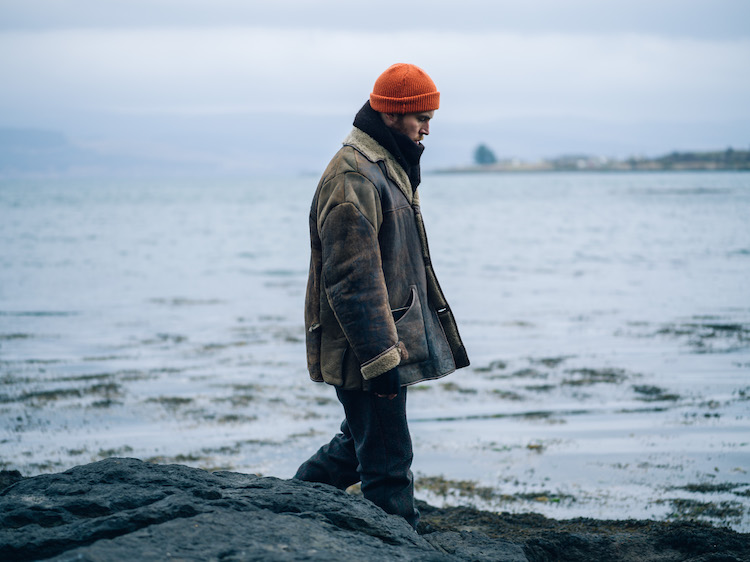 SHEPHERD was filmed on a Scottish island during the winter. I imagine it must have been freezing. How long was the shoot and how did working in those conditions impact you as an actor?

“The shoot was on the island five and a half, six weeks, something like that, and then we did a week in Glasgow afterwards, so seven weeks in total. Yeah, it was incredible, actually. I have to say, for me, the one thing in the film I couldn't have cheated is to be there on an island and be able to step away into some idea of what Eric would've been experiencing on that island on his own, so that was incredible. I mean, there were challenges. The one month to not shoot on an island off the coast of Scotland was definitely February. But listen, it was amazing. And the crew particularly, were off-the-chart committed. I'm sure for them, [the island] was horrendous, but the commitment to get it done and then shooting it was quite astounding, actually.”

Awesome. You had the crew around, but it feels incredibly remote. How isolated did being there feel for you?

“Well, I actually tried to really delve into that as much as I could. Obviously, Kate Dickie came in for a couple of days. Greta [Scacchi] was there for a day; Gaia [Weiss] was there for two, I think. For 90% of the movie, I was the only actor on set, so there's a degree of that feeling odd, but that was part of the challenge, and that's what I wanted, probably quite naively, but to go, “All right, can I do this? Am I capable of telling this story on my own with just the dog and me or whatever it may be?”

"Also, I felt like I wanted to stay in the vibration, I guess, of Eric. I tried to put my being, my body through as much of that as I could, so I moved myself to a different hotel that was miles away from the crew, and I stayed in there on my own and would go back to that in the evening. It was isolating, but that's my job, I guess. You know, you got to do it.”

Well, you mentioned your co-star, the dog. First of all, are you a dog or cat person, and what was it like working with the dog who played Baxter? 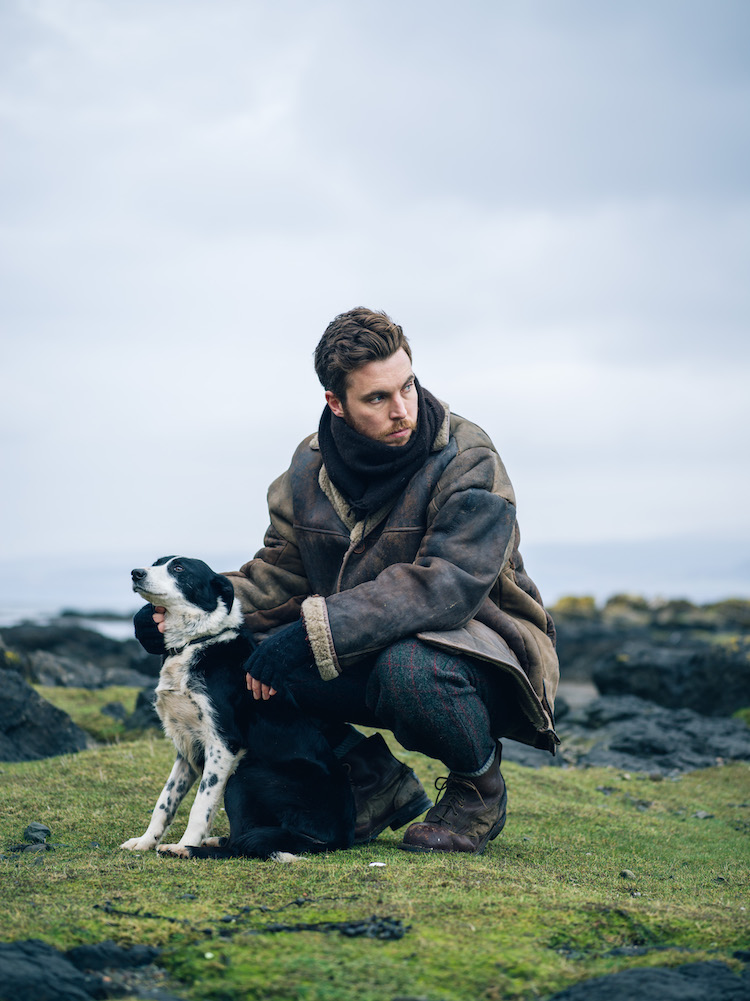 “In England there's a big debate between Blur and Oasis, the bands, and I like both of them, I think they're both good. You know? So with cats and dogs, if you'll let me, I'd like to be a fan of both. Growing up was cats in the house all the time, but I've owned a dog before, and you do fall head over heels in love. Yeah, I fell in love with Shuggie. Shuggie is her name, the actual real dog. Baxter is obviously the dog in the movie, but Shuggie is a female dog, and she owns my heart. I don't think she cared about me in the same way. The last day of filming with Shuggie, I was bereft, and she just wandered off to whoever gave her the next treat. She has my heart for sure, I don't think I have hers.”

I think it's interesting that lighthouses are designed to protect sailors, yet films often cast them in a sinister light. Why do you think lighthouses are given such a bad rap in film?

“I feel like I can kind of comment on this, having been on that island. I think nature is the most incredible thing. It's the most uplifting thing; it's the most therapeutic thing, but it can also be the most terrifying thing. There's something about standing alone facing nature that almost makes you face yourself. And that is kind of a metaphor, I guess, for this film. I think the image of lighthouses is that's what they do: They stand on the edge of what we know and face the unknown. I think they do the thing that sometimes we as humans are terrified to do, and therefore we project onto them.

“I think, they can become this embodiment of facing things we don't want to face. I think that's probably what the imagery and the symbolism of a lighthouse is. And now, someone else can laugh at what I've just said and say, “That's ridiculous.” But I found a correlation, if you like, symmetry almost, in this lighthouse facing the unknown and Eric standing facing the unknown, and the only thing reflecting back on them was nature. I don't know, maybe that's a bit pseudo-profound, but I think that might be what it is, perhaps. I don't know.”

I actually love that answer. What kind of discussions did you have with Russell Owen about Eric Black?

“I don't think Eric is Russell by any stretch of the imagination, but there are definitely elements of Russell within Eric, and that became quite apparent through our chatting, and therefore, I would lean on him for certain things within that. There's a degree of Eric that's unknowable. We spoke about predominantly what had happened, what got him to where he's at, just the markers through his life.

“Eric as a character, there had to be a certain enigma to that. There had to be something slightly unreachable, and yet at the same time, he had to be incredibly recognizable and equally reachable. I think, that the thing is for me as an actor, was to not make him too specific while also making him incredibly specific. And that was the challenge, I guess.” 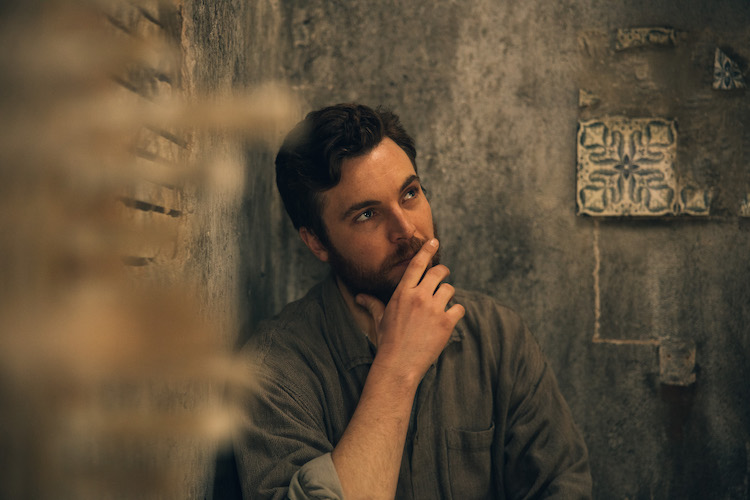 Eric has a fear of heights. What kind of phobias do you have?

“I really don't like it when people use butter and put the butter back in the butter part with bread in it. That really gets my goat.”

How does working on a film like this affect you after you're done shooting? Does it stay with you?

"I don't think so, no. I'm not someone who necessarily stands up to the Stanislavski ideology of acting. I'm definitely more from the school of Michael Chekhov. Yes, I'm bringing my body. Yes, I'm bringing my being, Yes, I’m bringing a degree of my understanding of the world, of course, but I'm not bringing my direct experiences to that character, so therefore, I often can keep a hard line between the two. I guess what was different about this film is that when I was there, I wasn't stepping out of it. It wasn’t the case of going home after filming. Often on anything I've done before, I'll be in the rhythm of the character the whole time I'm in costume, and then get out of costume, put my own coat on, and go back to my own rhythm. Whereas with this, I kind of took one day and stretched it over seven weeks. 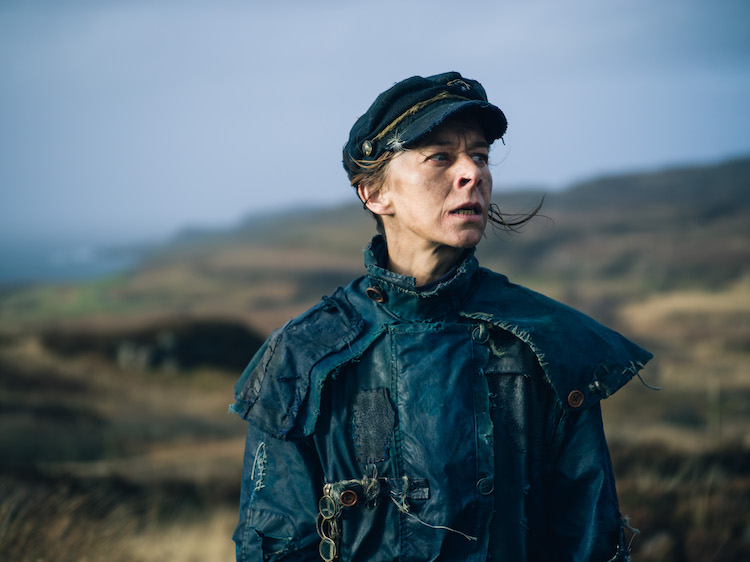 “So, I don't feel like I did, but you'd have to ask my friends. You'd have to ask my parents or whatever; they'd be the ones to tell you. But I genuinely felt like I left him on the island. I was relieved at the end, but I think the relief wasn't about stepping out of Eric. I think the relief was just that we got it made. When I read that script, I felt like what Russell had achieved was quite incredible. The residue of living in Eric's shoes for that hour and a half when I first read it really stuck with me.

“I also felt like there was such a sensitivity and such a delicacy in how Russell had mapped out the story of the transitions Eric takes in that, and taking something that I don't often think is necessarily explored with that level of sensitivity in detail in cinema. To take that and put that in the heart of a genre piece, I thought was incredibly brave storytelling, and I really wanted to bring that story to life. Getting to the end of filming and feeling like we got there with all the challenges of being on the island and everything the crew went through to achieve it, there was just a real sense of relief and delight that we'd made it, because I really wanted this to be a story that was made and was out there.”

SHEPHERD is currently available On Demand and Digital! Check out the trailer.