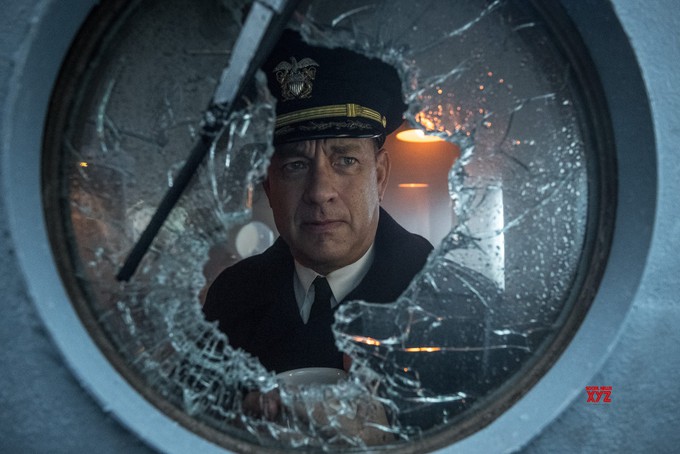 Hey folks, Harry here...   GREYHOUND seems to be setting itself up as GUNS OF NAVARONE style fictional WWII type of tale.  Written by C.S. Forester - the man behind CAPTAIN HORATIO HORNBLOWER, THE AFRICAN QUEEN and THE PRIDE & THE PASSION.   Now, I know - those are all movies from the mid-Fifties and earlier.   THE AFRICAN QUEEN is the most famous of the films, starring Humphrey Bogart and Kathryn Hepburn for John Huston's insane direction - which became as legendary as the film alone.  That said, I love THE PRIDE & THE PASSION, from his story, "THE GUN."   It was one of the first 15 feature films my parents had in 16mm.  Starring Cary Grant, Frank Sinatra and Sophia Loren - all performing for the great Stanley Kramer.  It was a film set in the Napoleanic era, with the Spanish trying to keep a massive cannon from falling into the French hands - and it's a great film to watch and then put on Werner Herzog's AQUIRRE, THE WRATH OF GOD - they've both got things to do with destructive obsession and insanity.

Anyway - most of that has nothing to do with the TOM HANKS film based upon C.S. Forester's THE GOOD SHEPARD - which is not to be confused with the Robert DeNiro directed film about the early days of the CIA.    Nope, THE GOOD SHEPARD novel has nothing to do with that feature, but Tom Hanks liked the novel enought to adapt the screenplay himself, produced the film and is starring in GREYHOUND.   Here, let's take a looksee at the trailer shall we...

Looks like an action packed ALLIED forces vs the Nazi Wolf Pack Sub Squadrons.   The flip side of DAS BOOT, if you will.  As someone that absolutely loves SUBMARINE films and Submarine influenced film stories like STAR TREK II: THE WRATH OF KHAN or FANTASTIC VOYAGE.   However, for me... DAS BOOT is the height of the Genre for me.

I love the more modern sub films like CRIMSON TIDE, THE HUNT FOR RED OCTOBER, U-571 - but films like ICE STATION ZEBRA, RUN SILENT RUN DEEP, THE ENEMY BELOW - they are just of another era - a magical time of make believe from Hollywood.   I love seeing miniatures and water tank work that isn't quite right for the scale.   It isn't to make fun of, it's more about appreciating that this craftsmanship was what they had to work with.

The trailer for GREYHOUND looks like an intense WWII adventure.  Just the German Conning Tower artwork coming out of the water was so cool looking.  If movies are still being release this summer, Sony will put it out JUNE 12 opposite CANDYMAN remake & CHICKEN RUN 2. 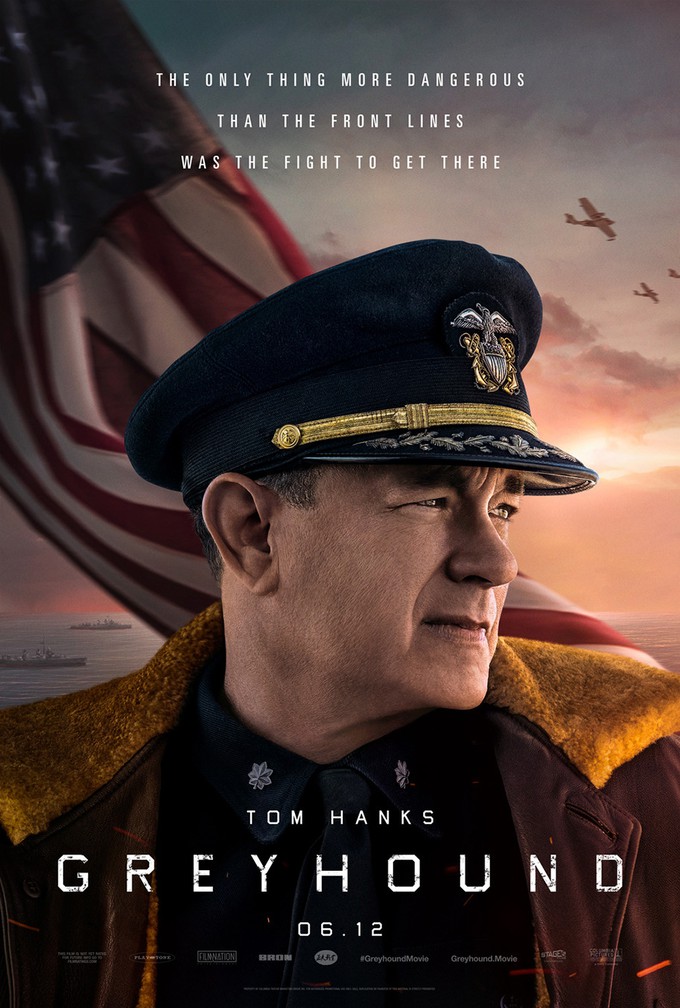