Hail to the king, baby!

Hey there, fellow horror geeks, and monsterphiles! Prometheus here with some news on the EVIL DEAD front, and this time, it's straight from the horse's mouth! That horse (of course) would be Bruce "the MF'n Man" Campbell!

Per "The Chin" himself, the Evil Dead will be moving out of its "cabin in the woods" comfort zone in the upcoming film. Speaking with Diabolique, Campbell teases: 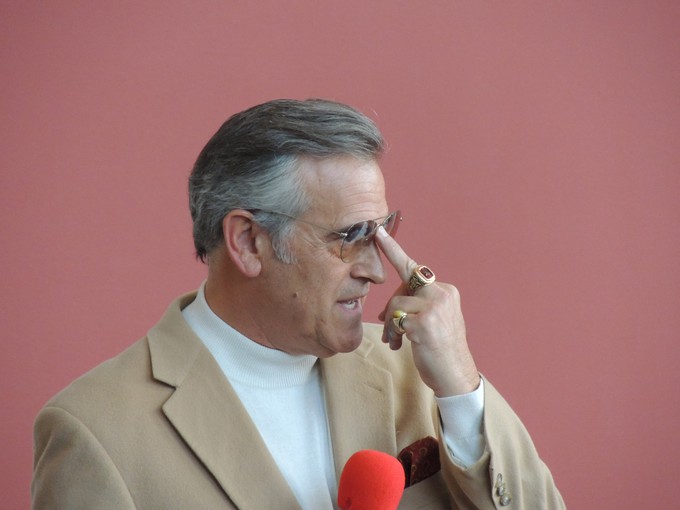 “A whole new ballgame. No more cabin in the woods.”

Furthermore, Bruce reveals the title of the new EVIL DEAD film, along with a loose timeline of when to expect it!

“The official name is Evil Dead Rise. We’re getting a new draft in.”

“I don’t think anything will happen until 2021. Full bore ahead, we’re very excited about it.”

"Army of Darkness" took our favorite anti-hero, Ash Williams, to the Dark Ages, and the "Ash VS Evil Dead" TV show took us to, well, Florida. Jacksonville, specifically. Still, it sounds they are trying to bring something fresh to the table.

EVIL DEAD RISE will be helmed by "The Hole in the Ground" director, Lee Cronin. Cronin was "hand-selected" by Sam Raimi. *Fingers crossed.

What do you think about the new title, EVIL DEAD RISE? Are you up for a change in scenery, and/or formula? I say bring on the Deadites, bitches! Yeah!