The Characters Make THE SILENCING Worth Watching

Hey, everyone!  Barbarella here.  I enjoy a good serial-killer film, so when the PR peeps for THE SILENCING reached out, I jumped at the opportunity to cover the film starring Nikolaj Coster-Waldau (GAME OF THRONES) and Annabelle Wallis (PEAKY BLINDERS, ANNABELLE).  Written by Micah Ranum and directed by Robin Pront, THE SILENCING sets a haunting and beautifully grim tone from the outset.  The film begins with a serene, natural scene, but the eerie music alerts us that something dark may be on the verge of appearing.  When a disturbing image becomes visible, I appreciate how beautifully it captivates, as it generates a sinister ambiance.

In a town divided between tribal and western law, new sheriff (Annabelle Wallis) must investigate a crime while dealing with her troubled brother (Hero Fiennes Tiffin).  Nikolaj Coster-Waldau plays Rayburn, a man whose daughter goes missing five years prior.  He creates a wildlife sanctuary in her name, but when a different kind of hunter crosses the boundary, he becomes embroiled in a sort of cat-and-mouse game. 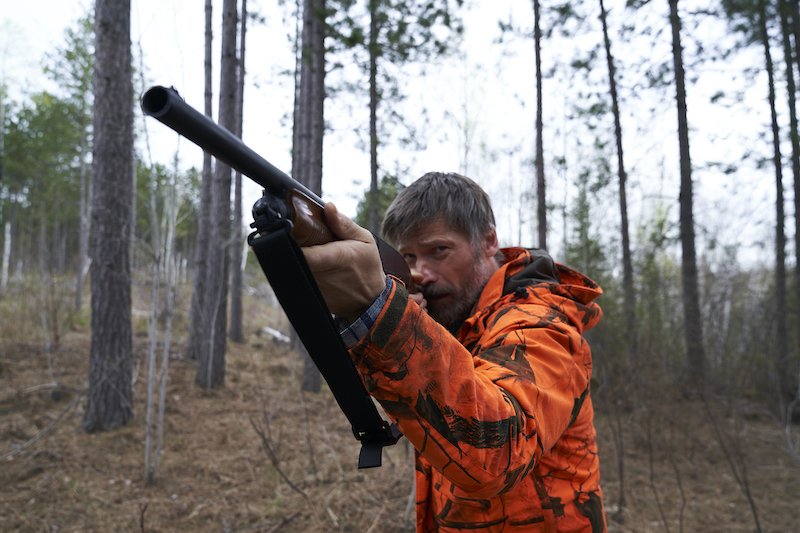 From the picturesque landscape to the deeply human characters, I love a lot about the film.  It’s not without its issues, but for the most part, they may easily be overlooked.  One such issue is the fact that Rayburn doesn’t have a phone, which seemingly justifies certain elements later in the story.  However, by justifying those, writer Micah Ranum creates a non-justifiable scenario, as far as I’m concerned.   I simply cannot get on board with the idea that a man desperately seeking information about his missing daughter chooses to essentially remain off-grid and unreachable.  I mean, whose phone number is he putting on the missing flyers, anyway?

That’s a small misstep though, one I doubt many people may even consider unless they’ve read this.  Other minor flaws may also be easily overlooked.  The bigger problem for me ties into expectations.  I put a great deal of effort into tempering my expectations when seeing something about which I’m excited to watch.  I know myself.  I can walk away disappointed in a genuinely great film if I go in expecting it to be stupendous, so I’ve learned how to keep that in check.   Initially, I start viewing THE SILENCING with level expectations, but after the opening and general set up, I find myself with markedly higher ones.  Sadly, the third act doesn’t carry the same power as the first two, and in no way lives up to my expectations.  These days quality storytelling saturates the entertainment landscape, ensuring that audiences generally just expect more.  In this film’s final act, revelations are weak, and motives are even weaker.  I doubt they will live up to the expectations of discerning viewers.  Even though these disappointing moments somewhat mar the entire film, THE SILENCING still entertains thanks in large part to the characters. 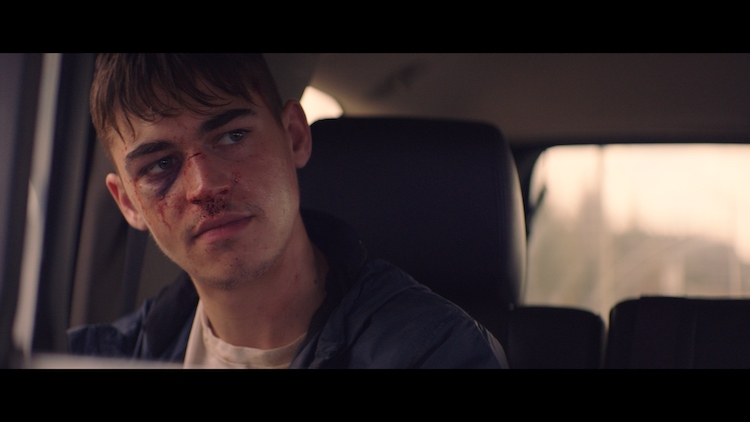 I absolutely love Rayburn and not just because Nikolaj Coster-Waldau plays him.  Don’t get me wrong. That certainly doesn’t hurt.  But, he’s genuinely likable, someone with whom I’d enjoy spending time.  He carries my favorite scenes in the film with the kind of charm and charisma I wouldn’t necessarily expect from someone in his circumstance, but I still buy it.  I could argue the film is worth watching just for his scenes alone, but I would be remiss if I didn’t mention Annabelle Wallis playing the incredibly guarded Sheriff Alice Gustafson.   The character doesn’t exhibit much emotion, and I suspect that's because Sheriff Gustafson attempts a poker face to mask her utter fear at a job she’s not comfortable or confident doing.  She's not the only one with layers. Other characters have them, too.  While the filmmakers don’t dig down into those layers as much as I would have liked, they still expose enough to hint at their depth.  I always appreciate when characters aren’t stereotypically one thing or another, and many here have more going on than what one might expect. 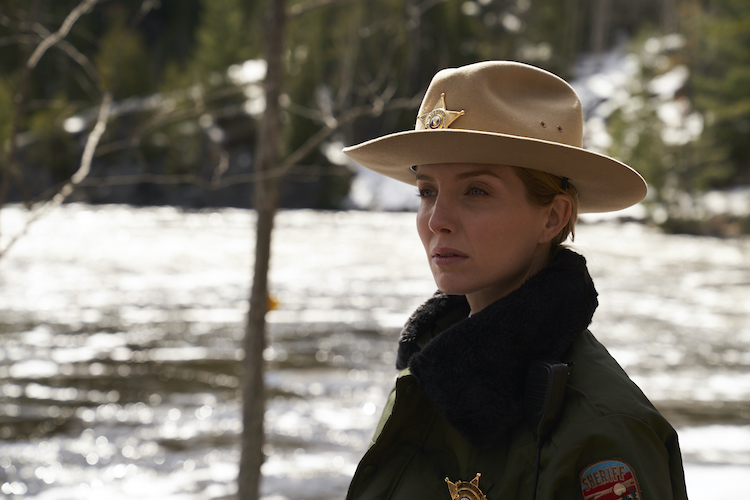 The revelations could have been improved to be more impactful or shocking, and some minor slips throughout detract slightly, but overall, I enjoy watching THE SILENCING.  It's entertaining, and when all is said and done, that's what matters.