Merland Hoxha wrote and directed the independent relationship drama, THE DEPARTURE.  It came out on digital Jun 12, and exposes the lengths one man, Nate (Grant Gunderson), would go to in order to test his girlfriend’s loyalty.  Initially, Nate and Jessica (Kendall Chappell) seem to have the perfect relationship, but when Nate gets a job opportunity that would send him out of town, his imagination gets the best of him.  It leads him to make a truly awful decision. 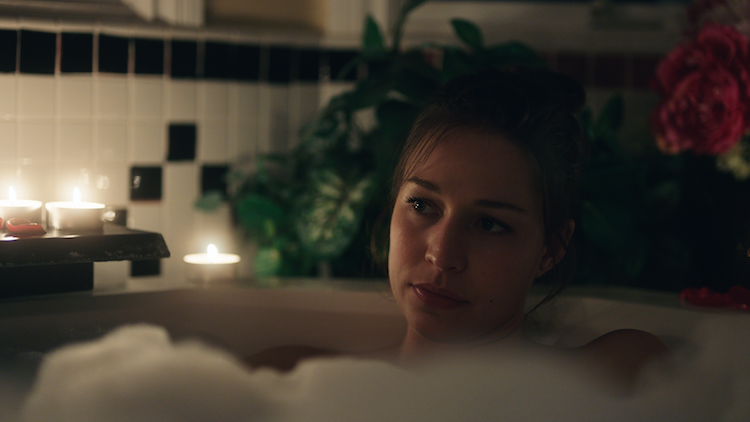 Having experienced plenty of my own relationship dramas, I don’t tend to gravitate towards movies about them.  Seriously, some of my and my friend’s stories are far more bizarre and entertaining than anything I’ve seen on screen.  Not that I’d share any of them with the world; people would likely criticize them for being too unbelievable.  But hey, real life often throws in the most insane twists, whereas not everyone’s mind could conjure up something as shockingly absurd when writing a story about relationships.  Maybe my friends and I are the exceptions and most other people have fairly mundane experiences when it comes to dating, but I kind of doubt it.  There’s a whole lot of craziness out there.

Having said all that, I don’t actually hate THE DEPARTURE.  The film makes good use of some beautiful locations that serve as eye-catching backdrops to the generally point-A-to-point-B storyline.  I also appreciate much of the camera work, as it often moves dynamically around the scene, keeping me focused on the screen.  My biggest issue with the film is its lack of depth and surprise.  The story plays out almost exactly as you might expect it would.  I appreciate the occasional pseudo-twist, but I find myself getting angry at both the lead men in this film.  I understand the desire to make Jessica super-likable to justify the trajectory of the story, but she comes across as almost too perfect, which makes Nate all the worse for everything he thinks and does.  How could he think that about her?  I want to be good friends with her!  Because of this, Nate works my last nerves and has me wanting to punch the screen.  Since I’m not a violent person, I just make angry faces at it, instead. 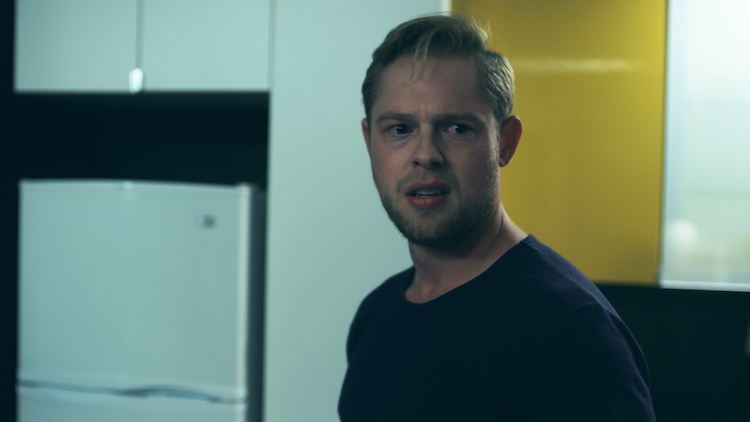 Another aspect of the film both bothers and impresses me.  It has to do with everyone's communcation skills.  It’s very rare in the real world for people to talk so openly and genuinely with each other, especially after only a couple dates.  However, everyone here has the kind of skills that a lot of people have to go to therapy to learn to utilize.  While I like hearing people talk clearly about things that upset them and really listen to each other, it feels weird at the same time to witness it.    I want to see someone, just one person, not communicate well, and maybe that could create more drama or humor or something extra.

Overall, THE DEPARTURE leaves me feeling meh.  I don’t hate it, but I don’t feel any real excitement about it either.  Although, Austin Lauer has enough charisma that I almost would be attracted to his character, John, if he weren’t such a bad guy.  Personality matters, y’all.    While the storyline doesn’t exactly blow me away, I never mentally check out, so I suppose the film succeeds in that regard. 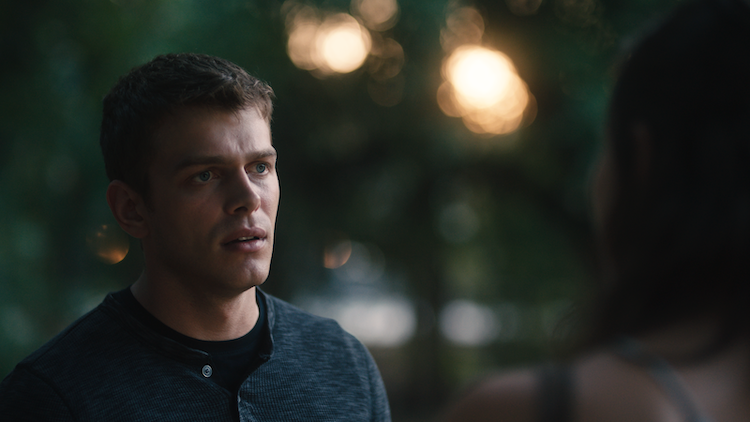