Hey folks, Harry here...  From the director of MORAL OREL, THE LEGO BATMAN MOVIE comes an Amazon Prime Science Fiction film about a future ALIEN war that they need more people to fight, so they've come back in time to recruit folks for a future hopeless war.  This is just a quick tease so be teased...

I mean, we'll all watch it on Amazon Prime...  but that  tease doesn't give a sense of what this is, but the description that came with it does:

In The TOMORROW WAR, the world is stunned when a group of time travelers arrive from the year 2051 to deliver an urgent message: Thirty years in the future mankind is losing a global war against a deadly alien species.

The only hope for survival is for soldiers and civilians from the present to be transported to the future and join the fight.

Now, Chris McKay's animation background shows an amazing ability for GAG HUMOR and relentless hilarity.   That's not at all what this looks like, so we're gonna get another side of him here...  unless this becomes something super surprising.

P.S. Would you Time Travel to the future to fight in a war you have no evidence of? 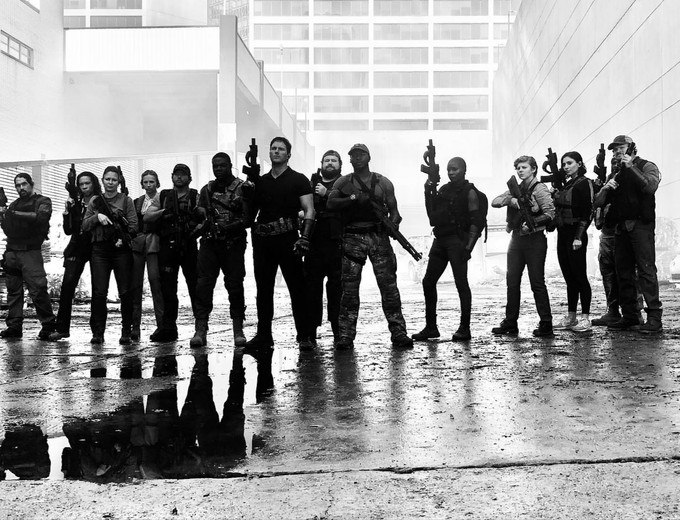