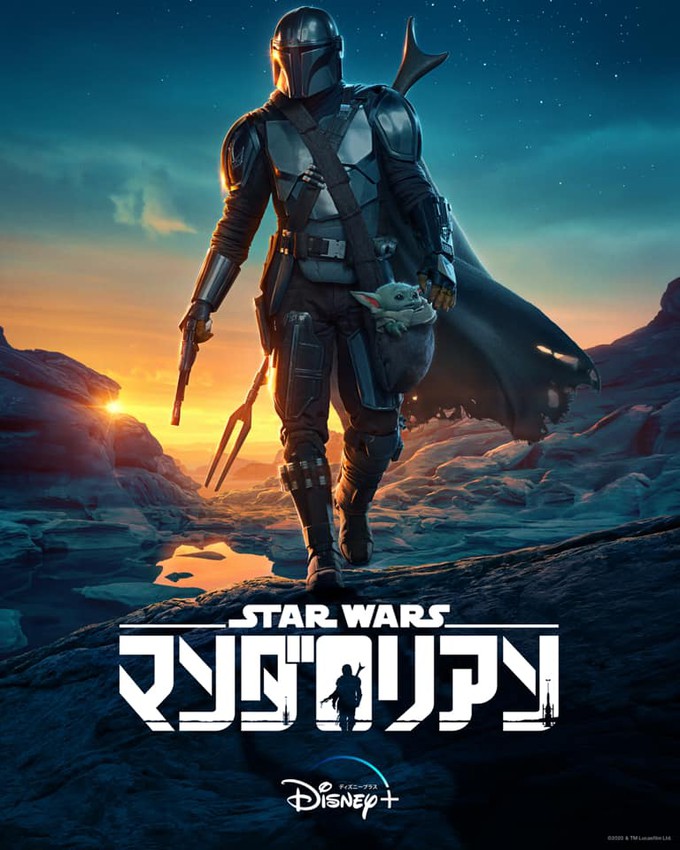 Hey folks, Harry here...  Long have we awaited this day, the day we see more from Jon Favreau and Dave Filoni's THE MANDALORIAN.   The Season Two trailer has dropped and shown us some delights most tranquil.  We see Gamorrean Guard Axe Arena Battle, we see stoic shots of The Mandalorian & The Child...  and we see Speeder Bikes going off a cliff & land.   We see a Cyclops and an Apollo Creed.   This is pure gooseflesh inducing joy here.   Why does it work so well?

Let's take this Gamorrean Guard Arena Axe Battle set up.   Now, I don't know about you, but I'm an original STAR WARS kid.  I had a ton of toys and a ton of friends that would come over and play in my backyard with the toys.   When the Gamorrean Guards hit, they had them axes in the package and pitting the Pig Guards against one another was just a thing ya did.  It came natural.  Jabba seemed like the type of Hoodlum that enjoyed the sadistic pitting of pawns against one another, and when Jedi hit...  Gamorrean Guards were damn straight the coolest new pawns.   By doing this in the trailer it plays directly to the Child operating your Geek Ganglia.  At least, that's the observation I have with my own Geek Soul. 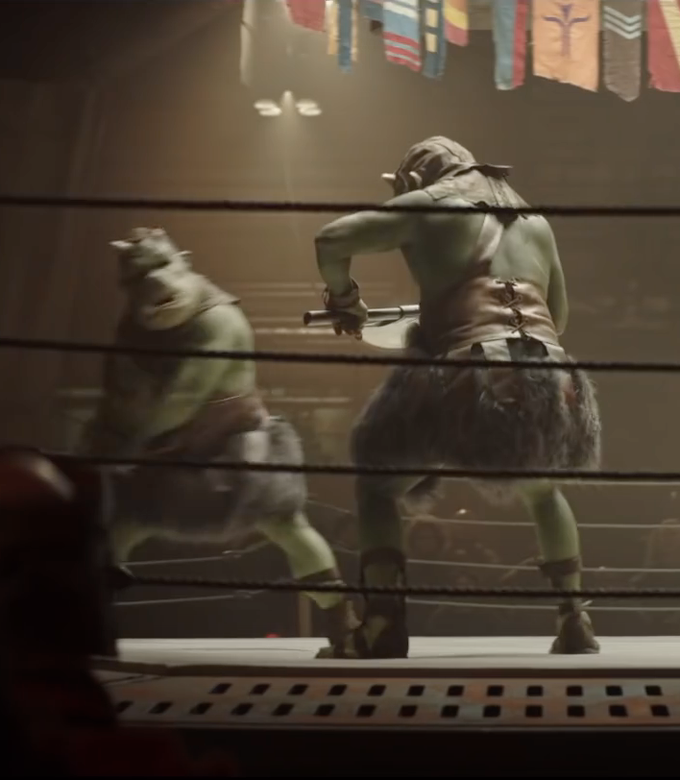 Then Take that Speeder Bike off the cliffs thing.   Now obviously the Speeder Bikes were a bit Italian, ya know, Fra-Geeel-a, so I wasn't throwing them, but having them soar, guided by the unseen (in your imagination) power of your hand, the speeder bikes would soar, then cushion land and continue - soaring above my sand box Tatooine.  Again, this playing with deep memories of play.   Gags that speak exactly to who we are as a collective generation, now yelling "FUCK YEAH!"

Then there's the shots of THE MANDALORIAN and THE CHILD, affectionately referred to as BABY YODA and coveted as the healing being that unites us all.   This is LONE WOLF & CUB and This is the Way.  We see them in many environments, they even get on a boat.  A boat.   Where's that toy?

Well, you probably want to watch this trailer a fuck ton, so hop to it.