WIN a Season One Blu-ray of THAT DIRTY BLACK BAG 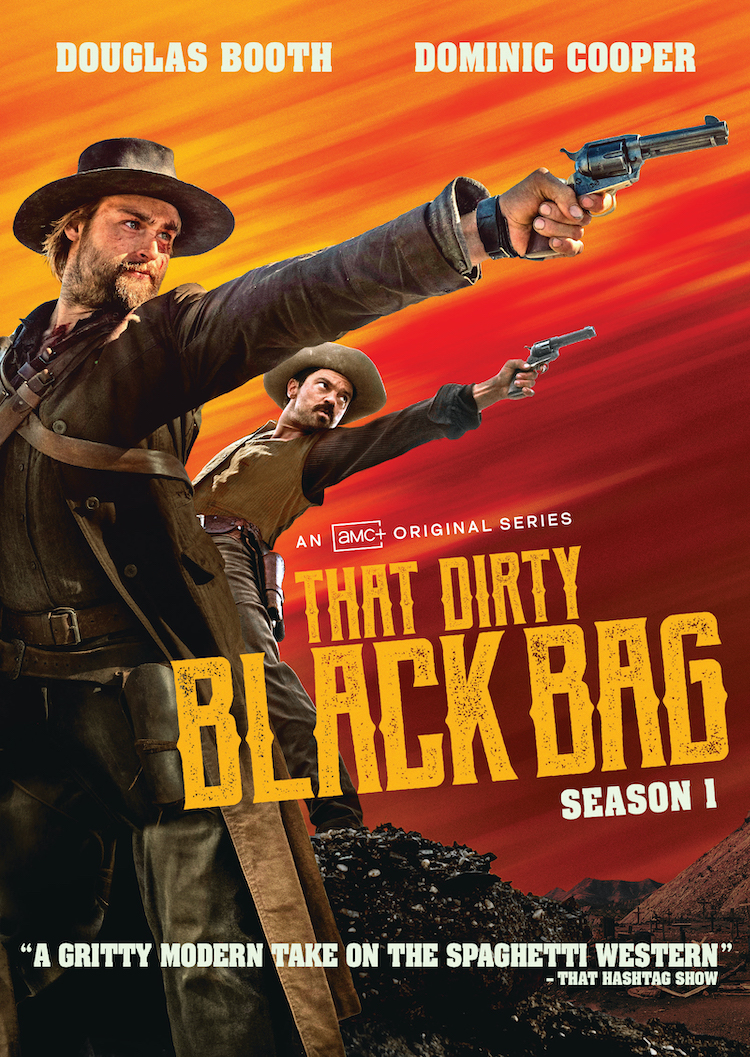 When incorruptible sheriff Arthur McCoy, trying to overcome his past to bring law and order to town, collides with bounty hunter Red Bill, both learn that in the wild west, nobody is invincible.

While the series premiered on AMC+ on March 10, 2022, RLJE Films just released the season on DVD and Blu-ray earlier this week. If you want to win a copy, email me at aicn-barbarella@hotmail.com with the subject WHAT’S IN THE BAG? In the body of the email, please include your name, mailing address (US only, no PO Boxes), and who's your favorite cast member listed and why. Entries must be received by midnight CST on Sunday, July 31.

Good luck, and check out the trailer!