Freddy-With a review of a new movie titled TESLA.

With a title like TESLA you have to figure you’re in for something electric, whether it’s the fancy new TESLA making Musk into the richest man on the planet or Nikola Tesla the visionary inventor of yore.

TESLA starts with some awfully bad writing. Something about, if the planet was a pet cat, who among us would stroke its back? The narrator turns out to be a central character, Anne Morgan (Eve Hewson). Anne Morgan is daughter to J. P. Morgan and has a budding friendship with Nikola.

Tesla mulls his future while young and proud. The best time to make life changing decisions. He makes the big move to good ol’ USA, to work under Thomas Edison (Kyle MacLachlan). Kyle, no stranger to playing a smarmy rich guy who knows he doesn’t have to listen to anyone else, also has great lines like, “You know what my mom told me? Never eat more than the size of your head.” Honestly, his part consists of sitting around and acting like a hotshot and having that grand conversation I quoted from above.  See also, SHOWGIRLS. Which sucks for me. I will love him forever for Lloyd Gallagher in THE HIDDEN.  No one points a silly toy laser gun at a space slug like Kyle does. Nobody!

Tesla moves out on his own with the assistance of a lot of moolah courtesy of J. P. Morgan (Donnie Keshawarz). Like any financer, J.P.’s not in it for the fame.  He wants more money. When Donnie Keshawarz is on screen there’s a slight crackle of spark in the film.  It’s middling but it’s there. I think the rest of the film is bone dry.

There’s a lot of talk regarding an alternating current (AC) induction motor. Regretfully, it’s given in just the dry, devoid-of-emotion manner you would expect such talk to consist of.

Tesla asks J.P. for more money, as his imagination and inventions reach past their money making reality and is predictably refused. With massive losses building up and age nipping at his heels, he moves into the all too comfy role of obscurity.

Random thought:  Has anyone else here ever kissed a dead relative?

My grandmother died when I was a teenager and being adopted, I really appreciated how kind she was to me. Once I could find a spot away from the rest of the family, I ran in and leaned over grandma Esther’s coffin and kissed her dead cold lips. There was more life in those lips than this entire movie.

Michael Almereyda (HAMLET 2000) wrote, produced and directed this huskof a film on the cheap. Too often the background scenery is a water color painting posing as said scenery. Which I promise, sounds way cooler than it is in reality.

The writing I already mentioned is hard to listen to it’s so mundane and pointless. Even the story the movie is telling ends with a pointless zoom in on an empty chair. Which may be prophetic to the empty seats during COVID but doesn’t really fit.

Ethan Hawke tries a soft Croatian accent. One that fades in an out at opportune times. I don’t hear Croatian personally speaking but I hear a dead on Christopher Lambert from HIGHLANDER impersonation!

There can be only one!

Kyle MacLachlan plays Edison as a bit of a jerk, who ends up getting his just deserts. I wouldn’t say his scenes were bad but his lines were.

Eve Hewson plays Anne Morgan just fine. Her character isn’t very believable though and it hurts her scenes. She’s also taking us in and out of the film with her narrations. Early she tells you to google Nikola Tesla and Edison and compare the amount of pictures. It lifts you out of a scene in the past, takes you to the immediate future and plops you unceremoniously back in the past. It would have worked better to throw that stuff in as a bookend. Start the tale or end it with that. As is, it feels out of place, like your crazy drunk atheist uncle at a God-fearing AA meeting.

Near the end, there’s an unexplainable scene with Ethan Hawke singing the blandest version of Everybody Wants to Rule the World by Tears for Fears. There’s no background, just a rotating hued light and Ethan with his microphone. There’s no crescendo, it starts and ends with the same delivery-meaning monotone. Though its inclusion obviously seems daring with the late 1800’s being the setting. It’s not.  It was a wee bit depressing frankly. It felt more like they wanted to reach a certain time limit and just inserted it mindlessly into the flick.

The cinematography was drab, which actually fits, so kudo’s to Sean Price Williams for hitting the right note.

The music is all over the place. Nothing fits. I swear I even heard some techno in there.

This movie is a trainwreck in every way. And not in that, I can’t wait to see that trainwreck, way. There’s no energy. I think that’s the biggest issue here, the complete lack of any energy.

I hate tearing a movie down. I always try and highlight the good and subtly bring up the things I wasn’t a fan of. I think it’s better to be productive and complimentary where I can be. So forgive me this one fall from grace.
I do have a couple of positives:
J.P. Morgan – Donnie Keshawarz eats his scenes up like he's in a political thriller. He jumps into the tedious fray with enough bombast to be an energy source that is never capitalized on.

George Westinghouse –Jim Gaffigan pulls back all his comedic traits and plays a straight laced Westinghouse. It’s not a big part but he plays it perfectly. I’m not a fan of his stand-up. He can make me chuckle but I’ve never gotten a belly laugh from his material. That said, I think with this one and his turn in TROOP ZERO, I may be getting tickets on the Jim Gaffigan express.

Sadly, I cannot give you another positive.

There are countless good movies about Nikola Tesla and his thirst for knowledge out there. I would recommend, NIKOLA TESLA: THE GENIUS WHO LIT THE WORLD or THE SECRET OF NIKOLA TESLA.

Any fans of Nikola Tesla out there?
How about Elon Musk?  I personally see him as half evil genius and half amazing humanitarian.

I would love some differing opinions on this film. So feel free to give it a watch and get back to me. I just won’t recommend you do that. 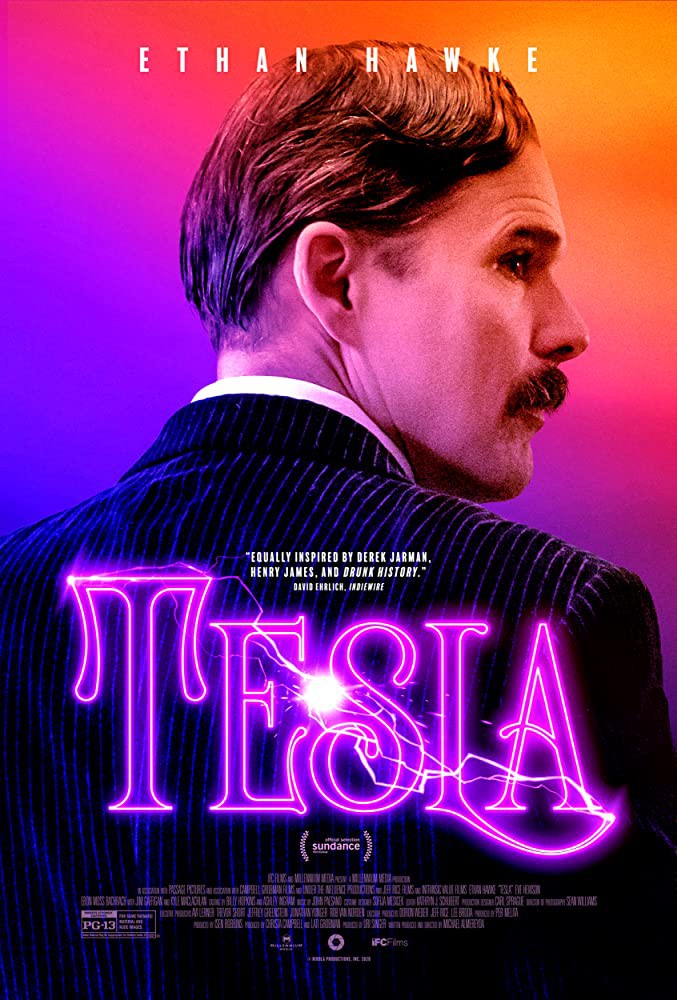 This guy was talking wireless network in the late 1800’s! 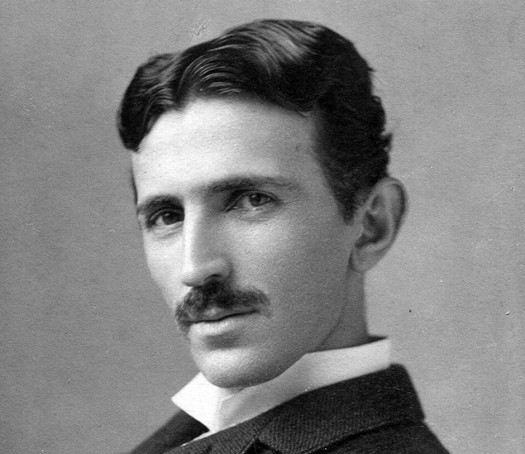 Til the next one friends