Hey, friends!  Barbarella here after having a laugh with Sylvester McCoy, who stars in THE OWNERS, along with Maisie Williams (GAME OF THRONES), Jake Curran (SPOTLESS), and Ian Kenny (SING STREET).  Diehard Whovians should recognize Sylvester McCoy as the seventh doctor on the long-running series, DOCTOR WHO.  We had a light-hearted chat while discusing the rather dark thriller that will be in theaters, On Demand and Digital September 4. 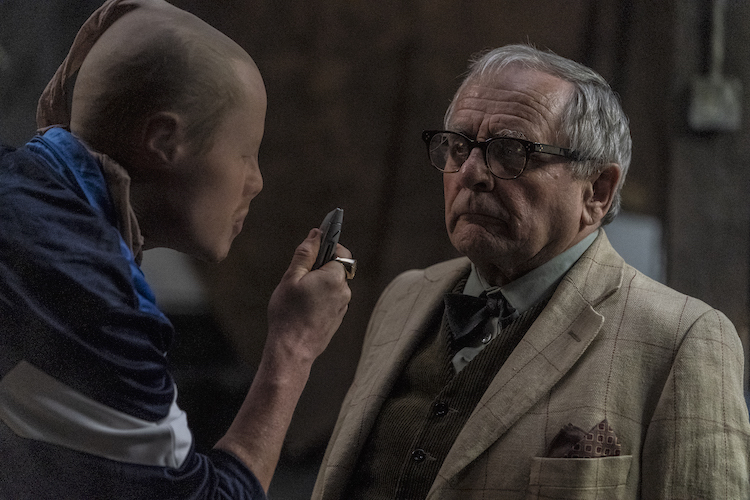 Connecting from abroad sometimes proves challenging, and the reps experienced numerous technical difficulties which markedly delayed our start time.  When we were able to connect, Sylvester apologized for the technical difficulties, although I’m pretty certain he didn’t cause them.  I joked about the problems with technology, and the conversation went from there.

Technology can be such a problem sometimes, but it’s all good.

“Yes, but it’s kind of handy, really, 'cause otherwise, you wouldn't be able to speak to me.”

“Or you'd be sitting around a Ouija board or something, holding a séance.”

That would be fun (laughs).

Are you in Scotland right now?

Oh, you're in France.  What are you doing there?

That sounds kind of nice, actually.

“I'm up on top of a mountain in a medieval village in the south of France. Not a bad place to be really.”

Right, yeah that sounds great (laughs). I guess we'll go ahead and get into movie stuff. What most intrigued you about THE OWNERS and the role of Dr. Huggins?

“Well, it was the idea that, you know, this sweet old couple turned into this appalling couple.  It’s just that's such fun, really, and that was what attracted me. You know, it's also based on a comic book that came out of Belgium, as you may know.  In Belgium, they seem to, quite a lot, lock the young people up in the basement and do horrible things to them.  This happens everywhere, really, but, Belgium especially.  They specialize in it, that and chips; they're very good with their chips.”

(laughs) So, were you able to look at the comic book before you did this role?

“No, sadly I've been trying to find it. I haven't found it. I don't know where it is.  In a way, sometimes it's good not to, you know.  [It can be better] to interpret it freshly, not always a firm rule. Sometimes you should do research, but this time it didn't seem to need it, really.”

Would you talk a little about your experience working with Julius Berg on this film?

“Well, Julius is a lovely, sweet man. He had just become a daddy. He was full of the love of his little daughter and his beautiful wife. So, that's when I first met him. He knew what he wanted, and he knew how to get it, and that's always good.  It’s like, well, like the present day world.  If you've got a ruler who tells you precisely what's happening in times of danger and how to deal with it, you respect that and deal with it. But, if you have others that just waffle around and, um, well, you end up in a mess.  I think we're both suffering from that. Are you American or Canadian?

“We’ve got, um, [Boris Johnson whom we call] Donald Trump Junior in our country, so.  Yeah.  Same hairstyle.”

I did have a debate with an English friend of mine about who had the worst leadership, and I was like, "Trump, definitely we do." (laughs)

“I know it's rude to disparage someone else's leader, but you're dead right; you got the worst (laughs).  It seems like a third of America seems to just accept the fact the man cannot tell the truth. Doctor Who would destroy him by mocking and humor ‘cause this guy hasn't got a sense of humor.  Every time he says something, why don't we just laugh at him, just laugh him out of court (laughs)?” 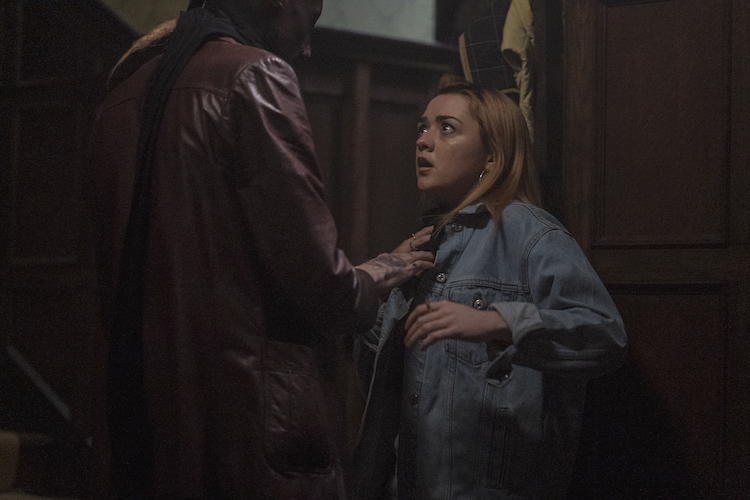 It's often said that actors learn something new from every job. Does that hold true with someone of your experience? And if so, what new things have you learned from working on this film?

“Oh, well, (laughs) don't agree to do a part where there are four script-pages of lines (laughs).  Don't do that again. I had to do that in this piece and, if you imagine when there were six of us around the table, each character the director filmed had a close-up, a two shot, and a master shot, so I had to do this little speech eighteen times.  It took a whole day.  By the end of the day, I could hardly speak, and, of course, my brain was melting trying to remember the damn thing.  So, what I've learned is, don't accept a part with loads of lines (laughs).  Film is visual.

(laughs) How did you spend your time on set in between takes?

“Oh, how did I do that? Well, I mean, I was working with Rita Tushingham, who's from Liverpool and is one of the funniest [people].  All Liverpudlians are funny.  It's the funniest city in the world. When I was doing comedy, we used to tour the world making people laugh, but when we went to Liverpool, they made us laugh.  They were funnier than we were, and we were very funny, I can tell you. They were so funny, we used to steal all their ad-libs and take them all around the world. Working with Rita was just such fun. And, of course, we became a kind of a double act and, you know, the makeup ladies and the wardrobe and everybody, we made them laugh, we entertained them.  [It helps when] doing something very dark.  Years ago, I did a film called BEYOND FEAR for the opening of Channel 5 in Britain.  I had to play this really nasty part and so, I come off the stage and the first thing I do is try and make someone laugh, just to get away from the nastiness and the evil of it.  The thing about that film was it was based on a real man and so, it wasn't, like this.  This is fantasy.  But, yeah, we made people laugh, that's what we did. We were a comedy duo.” 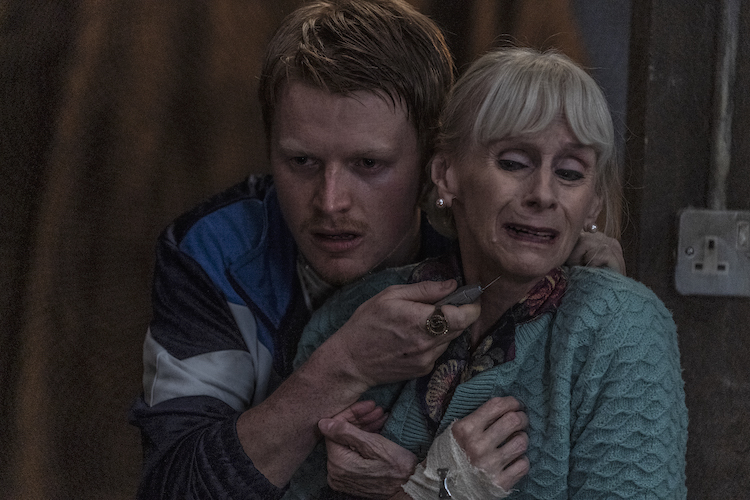 “Oh, gosh. Distant, Far away places I've never been to. That’s why it was great going to New Zealand to do THE HOBBIT, and I loved doing SENSE8.  I got to go to various places. Sadly, they did two series.  I came into the second series, and they were gonna bring me in more in the third series, but then SENSE8 was canceled because they traveled all over the world.  It was so expensive to make 'cause they didn't do any false technology. When you were in Nairobi, you were there. When you were in Seoul in South Korea, you were there, in India and all that. I was flown to Chicago to do one line (laughs).”

I was sad upon realizing I'd exhausted all my allowed time talking with Sylvester McCoy.  His comedic delivery probably won’t adequately be captured in print, but just know, the Scotsman had me laughing almost the entire time.  Don't expect him to be as funny in the role of Dr. Huggins in THE OWNERS.  The film will be available in theaters and On Demand and Digital this Friday, Sept. 4.