Superfriends Season 1: Why it's Great! 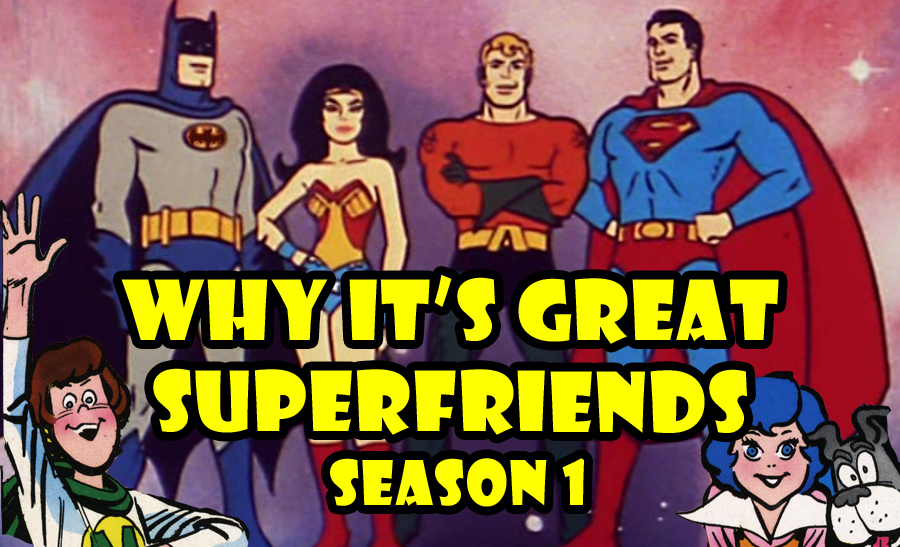 Hey gang, Masked Man here, and would it surprise you to know that my most popular videos are about the Superfriends? I know, me too. That being the case, here's another one! And I'll be kicking off another theme as well- Why it's Great! So here are five reasons, why the Superfriends season one is great! Good Lord, you say, the Masked Man is more deranged than usual. I know, I know, but bear with me. Despite all it's flaws, and we all know it was loaded with flaws- Even Joe Barbera said when ABC saw the first episode, they were displeased. So he watched (had to put a gun to his head, right) and he agreed. So without wanting to reanimate the whole thing, he just tinkered and reedited it- much like what Zack Snyder is doing with the Justice League movie (seriously now, you really think another two hours of footage, with CGI Darkseid joining CGI Steppenwolf at the Mother Box party is some how going to make it a good movie??? Suppose the crowd who loved Batman v Superman Martha! Will enjoy the hell out of it, but anyone else???) (Where was I- oh yeah Superfriends). So yes, it needed Super-villains, yes the animation was serviceable at best and yes Wendy, Marvin and Wonder Dog, should have never been given Hall of Justice keycards. But, that still doesn't mean the show is unwatchable. It's actually quite charming and interesting. So check out the video, and let me know if you think I actually have a point- or if I should just go back and rethink some important life choices.