Behold STAR WARS: UNDERWORLD, What Could Have Been... 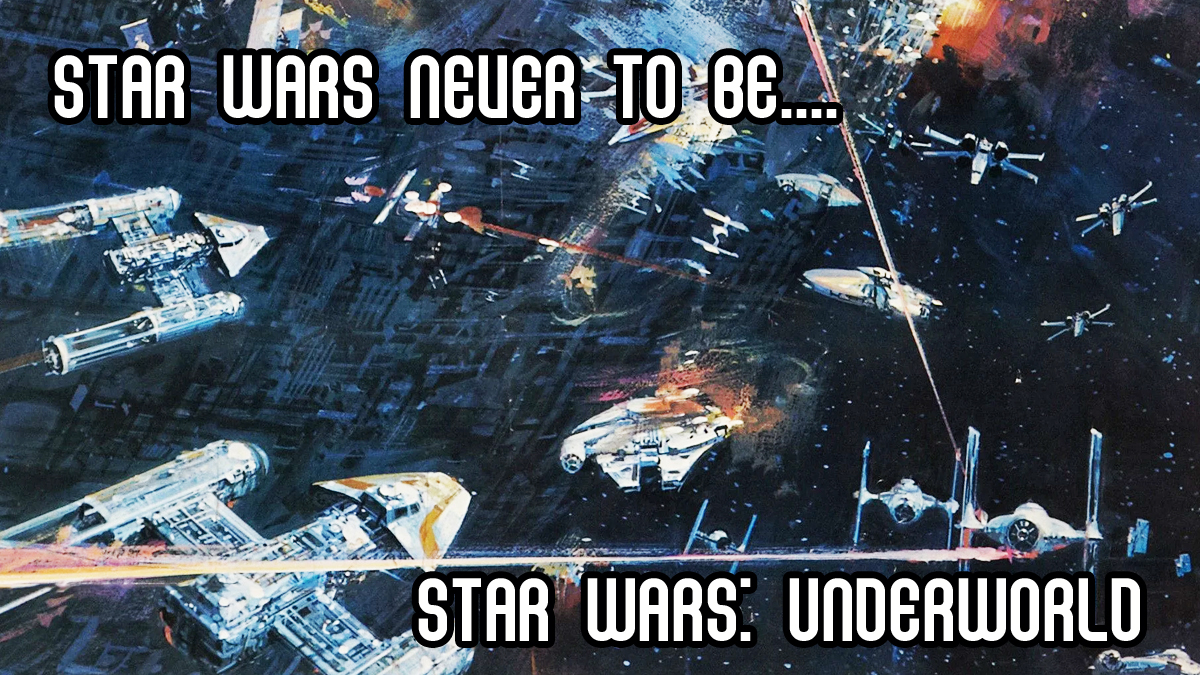 Hey gang, Masked Man here. Well a long time ago in a Lucas Films far far away- before Uncle George sold his children into slavery at the Mouse House (I kid!), STAR WARS: UNDERWORLD was a brewing. A mega live-action series buzzed about since 2005. Even though they had written some 50 scripts and wanted hundreds of episodes, they felt it was too expensive to make. So they left the 'car' in neutral and waited for TV special effects to get cheaper. Now with Disney in charge, you can pretty much forget ever seeing.

You see, the story was to take place between Revenge of the Sith and a New Hope. Featuring the oppression of the Empire, and the criminal underworld that would help build the Rebellion. Rumor is that Disney has already used some of the script ideas in the movies Rouge One and Solo. And I wouldn't be too surprised if Rebels was based on some of their ideas too, as Darth Vader was to appear in Underworld (or so the rumors go).

Anyway, thanks to some leakers, we are able to see some test footage of what could have been (featuring a typical shoot out with Storm Troopers (you'll see what I mean)). The production company, Stargate Studio even shows us some cool behinds the sees footage of how it was made. Stargate Studio has made a bunch of stuff and specializes in green screen tech.

Ok, now that I sufficiently bored you, here's the test footage!