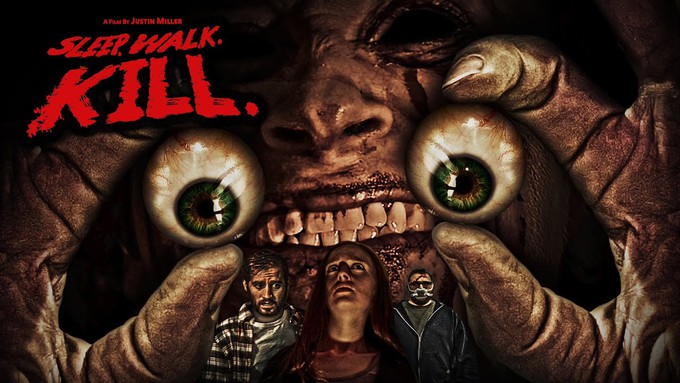 Hello, Horror fans and welcome to the House of Macleod’s movie review corner. Today we look at Justin Miller’s independent Horror comedy SLEEP. WALK. KILL.(2022, Unrated, 1h 34m) starring Ellen Boscov, Bill Reick, Melanie Rosedale, Darryl Charles, Rob Coulter, Bob Quintana, and John Reshtar. Zoey Miller, Ashlee Rose Tole, Zachary Uzupis, Raquel Watson and comedian The Legendary Wid. SLEEP. WALK. KILL. Is the strange little tale of a group of townsfolk thrown together after a strange noise makes you wake up after you’ve gone to sleep and go on a killing spree, prompting an extended family to realise that if you want to stay alive, you’ve got to stay awake. The plot revolves around a non-starter called Edgar, who has let life pass him by in a series of failed jobs and attempts at success that never really panned out. One day, a loud strange noise comes out of nowhere and the civilians of his small sleepy Philadelphia neighbourhood go on a rampage. When the bodies start stacking up, and the neighbourhood gets too dangerous to be in, one by one, Edgar’s ex-wife, his parents and all of his neighbours hide out in his cellar in the hopes that the disaster will pass them by. But as the lack of sleep and exhaustion betrays them, things start getting surreal and Edgar finds himself in a do-or-die situation with the greatest enemy ever known to man, the in-laws. 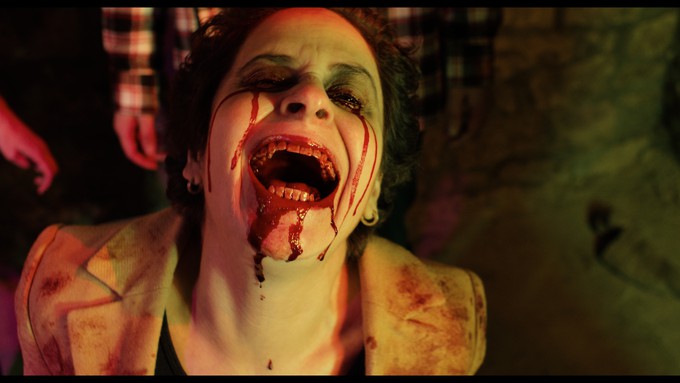 There are good independent movies and there are bad independent movies, this effort from first-time director Justin Miller is neither. It's both good and bad at the same time. For instance, the acting by everyone involved is absolutely atrocious but oddly that actually seems to work for the film. The flick seems to revel in its lack of professionalism and it gives the movie a strange charm. The blood and gore are clearly fake, and the props are clearly props, yet somehow this made for an entertaining watch. If your brain can accept that this is a very self-aware low-budget horror and just kind of go with it, the ride actually isn’t that bad. The film itself reminded me of many other films, but I don’t mean parody. If anything I would say it borrows. Clearly, Shawn of the Dead (2004) was a major influence here and one can’t help but wonder if the lead character “Edgar” was named after Edgar Wright. The film also has a War of the Worlds vibe going on and even goes so far at one point to acknowledge it. As far as humour goes, I found this genuinely funny at times with some great sight gags and one-liners from veteran prop-based comedian, The Legendary Wid. 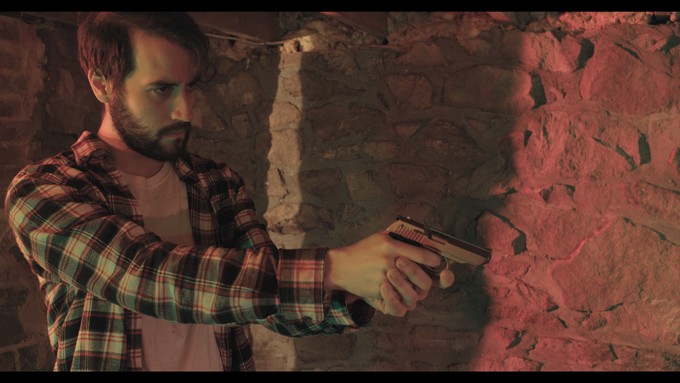 One of the things this movie does rather intelligently is to be self-aware. When I say that, I don’t mean it goes all Meta like She-Hulk or The Matrix Resurrections. It knows its low budget, it plays it for fun, and because of this, it kind of crosses out most of the criticisms I could have. Let's face it, anyone with an iPhone nowadays can make a film look cinematic but that’s not what Miller has gone for, he’s clearly indie and proud. Taking this idea into account, he’s decided just to go nuts with the story which, when you watch the opening sequence, you’ll know exactly what kind of taxi you just got into. When I say that this film is bat shit crazy, I am in no way understating. It's fucking mental. It's this charming do-or-die attitude that the movie has that leads to some pretty decent kills and a fairly decent sci-fi horror plot. 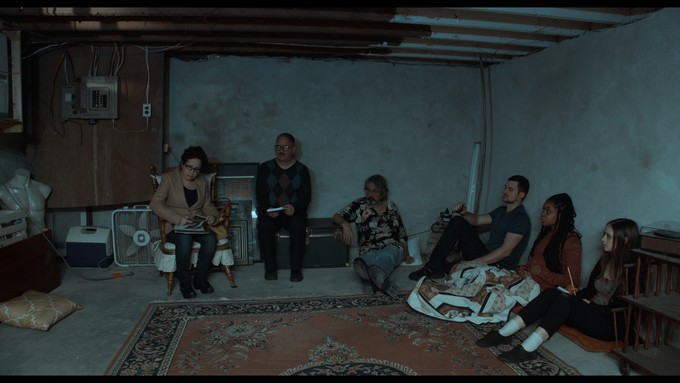 Although the self-awareness of this movie makes it hard to critique, Mr Miller obviously fancies himself the new Tarantino with long-winded talks and extended dialogue throughout. This is fine if you are at the standard of Tarantino’s style or you are making a movie that this kind of script calls for but when you are making a horror film, you expect less talk and more…er….walk. We are subjected to dissect Edgar’s failings and that kind of makes you dislike him. In fact, I wouldn’t say I liked any of the characters. Although you generally don’t expect it from a horror flick, this movie could have been done with a little heart. Maybe an emotional core instead of examining why the marriage of the main characters failed.

SLEEP. WALK. KILL. Is out on digital from Terror Films on November 4th.

House of Macleod's official score is 5/10 - It's bollocks, but it knows it's bollocks and that’s what makes it fun.