ATTN Fans of The Smiths: Win SHOPLIFTERS OF THE WORLD on DVD! 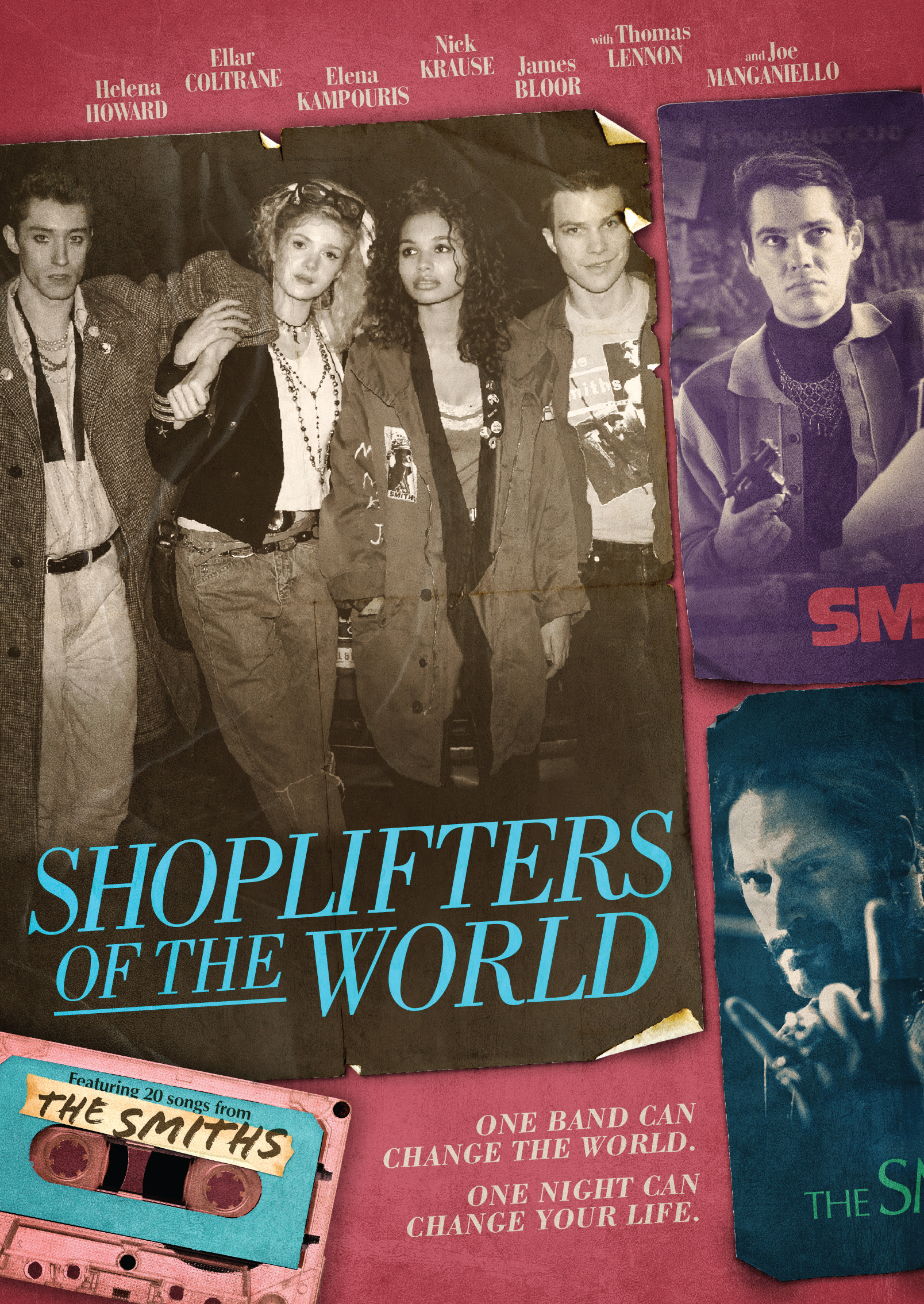 As a child of the ‘80s I love diving into films that take place during the decade of excess, so lucky me- SHOPLIFTERS OF THE WORLD is coming out on DVD and Blu-ray on 6/1 courtesy of RLJE Films. In celebration of the movie’s disc release, AICN has 3 DVDs to give away.

Here’s the SHOPLIFTERS OF THE WORLD gist...

“In the Summer of 1987, four friends, reeling from the sudden break-up of the iconic British band The Smiths, embark on a night out of partying to mourn their musical loss. At the same time, an impassioned Smiths fan takes a local radio DJ hostage at gunpoint and forces him to play nothing but Smiths tracks. With the radio station playing as the soundtrack to their night, the friends go on a wild journey of self-discovery that will transform them forever. Featuring an incredible soundtrack – including 20 songs from The Smiths – Shoplifters of the World is a glorious ode to the craziness of the ‘80s and the power of music to change people’s lives.”

Sound intriguing? Take a look at the trailer.

If you’d like a chance to win SHOPLIFTERS OF THE WORLD on DVD, email me at annetteaicn@gmail.com with the subject line THE QUEEN IS DEAD. Please include your mailing address- contiguous U.S. only please! Winners will be chosen by noon on 6/1. MTFBWYA!