Barbarella Journeys to 2067 with Seth Larney

Hey everyone, Barbarella here.  I apologize for being MIA for the past week, but I’m back. Although I’ve been absent for only briefly, my inspiration has been missing for most of this year.  However, a brief conversation with wrtier/director Seth Larney has coaxed it back.  I chatted with him about his newest film 2067, which came out last week in theaters, on Digital, and On Demand.  The futuristic movie stars Kodi Smit-McPhee (X-MEN: APOCALYPSE) and Ryan Kwanten (TRUE BLOOD).   Perhaps the conversation we had might inspire some of you to finish that thing you started a while back or to reach across the divide and have a real conversation with someone who holds opposing opinions.

This project took you just a little bit of time to do. How long did it actually take from the first draft to completion, and what caused the delays?

“I first pitched the concept to my producer in 2005. It really was just a concept at that stage.  It morphed quite a bit since then. I didn’t start seriously making a draft until I'd say maybe 2010. It took about 10 years to get the draft to a point where it was really financeable and ready to shoot.  I think the main reason for that is because I was also pursuing my directing career and other platforms at the same time. I was learning how to direct a feature film, I guess you could say, just shooting a whole bunch of television commercials and music videos and a number of short films and television series.  We were almost ready to finance, I'd say three or four years ago, and I got an offer to go and direct a movie in Malaysia called TOMBIRUO.

“I’d always imagined that 2067 would be my first film because it really is my passion project, but this opportunity was just too good to pass up.  That took me three years, I think, and then I flew back to Sydney and literally as I landed, we kind of went in and got the financing going and the casting and went into production on 2067. It’s been about five years, just back to back on these two movies, really.”

Wow, that's impressive to just keep going for it over that span of time. How did you stay motivated and committed to continue making progress over that duration?

“Thank you, I appreciate it.  It’s a real personal and sort of important message for me, so I've been able to keep the motivation because I've been so excited to get it out there for such a long time.”

When you were writing it, were you already kind of thinking about the visuals and the color palettes, or did that come later?

“I'm a very visual storyteller, and so the way that I write is I generate the scene in my head visually, with all of the environment and the backdrop, before I kind of commit it to paper. I come from a visual-effects background. I have this sort of curious brain where I really want to know the mechanics around how things work before I'll sort of dive into being a director or being the person in charge.  I wanted to know how visual effects work so that I really understood how to write the film and leverage visual effects in a way that can harness emotion and drama and character and not hinder it, not get in the way of the process, but be able to use the craft of filmmaking to tell a stronger story with stronger concepts.”

Would you describe your experience the very first time seeing the constructed time machine on set?

“It went back even further than that.  In a script I have this line that was the describing [it as similar to] a jet engine, which is braced into the walls of the set, and the line is something like, “Zeus himself couldn't pry this thing from its home.”  We were exploring [taking one of the engines from] a 747 airliner that was decommissioned and turning it into the time machine.  Eventually, we realized that it wouldn't be big enough, so we kind of had to build it. I just turned to my prop designer, Jacinta Leong, and I said, “Do you think we can actually, really do this?  Because I think that we should do it, if we can.” We tried to make the most that we could so that it was physically possible to have actors inside of it and all that kind of stuff.

“I think the first time I saw it in real life, I was blown away because it's the standard piece of the film in so many ways.  I wanted it to be kind of like this presence, this sort of tonal backdrop that the drama can play out in front of. It's like an ever-present reminder of the stakes of the movie, if that makes sense. I think in so many ways that we put a lot of resources into building this one thing, and I hope it pays off to people.”

“Yeah, right.  That's kind of what I intended. I love that you say that.  That’s really cool. Not to give too much away, you see it in kind of different states as well. It sometimes reflects what's happening emotionally for the characters.” 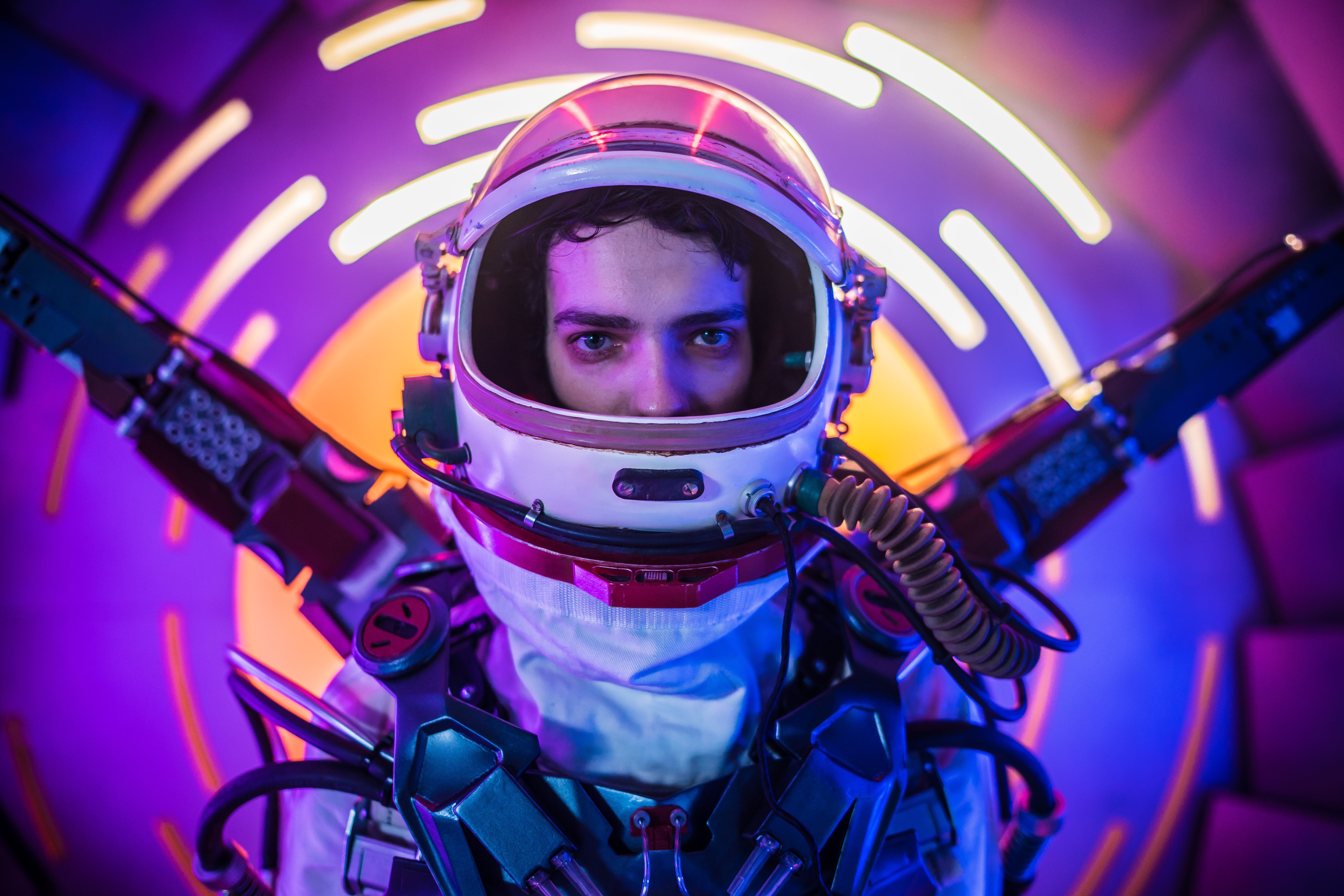 If you were sent into the future for an unknown amount of time, possibly permanently, and you could only take one thing with you, what would you take and why?

What is your biggest fear about the future?

“I think it’s that in the future, we’re not going to learn our lessons until it’s too late. I think that the fact that there's a discussion at the moment about whether climate change is an actual thing is terrifying.  My worry is that we wake up one day, and we will say, “Look out the window.  The sea levels have risen, and we would be frozen, and we can’t breathe, or whatever it is.” My fear is that we're going to wait until the sign is so obvious that we've kind of missed the boat, so to speak, before we do something about it.  That's by far my biggest fear.”

How much control do you believe that we have over our lives and our futures?

“I think we're absolutely in control. To me, that's the big message of the movie. I really wanted to pose that question for the audience and have it be a dialogue. And look, there’s no wrong answer, I think. This film hopefully [inspires] people to explore and talk about that very question.  With the film, I really want to put these messages out there that sometimes it takes real bravery.  I mean, the characters in the film are dealing with the same question in different ways.  I think that sometimes those answers aren't right in front of our faces, but we’re absolutely in control.  It’s just that we need to work together, you know? I think that's kind of a little bit of what we might be lacking at the moment.”

Are you hopeful about the future? Why or why not?

“I am hopeful about the future because I believe that inherently humanity is a really beautiful species; we are actually, at the core, beautiful creatures. I really do believe that. It’s a big message in the film and, without getting into spoilers, the characters reflect that particular question in their arcs.  I think that we need to believe that people are good in order to be able to make positive change.  Maybe we are inherently bad, and we’re just going to keep doing the same thing over and over again, but I just refuse it.  I think that when it comes down to it, we will stand up and unite and create a better future.”

It’s so refreshing to hear someone genuinely believe these things.  Do you want to hear something crazy?  I think he could be right.  I mean, if an Australian filmmaker, despite a decade of delays, can persevere and bring his dream to fruition, then maybe the rest of us can figure out how to come together and fix the things we’ve broken, or at the very least, revisit and complete something we’ve set aside.  Those are nice thoughts. 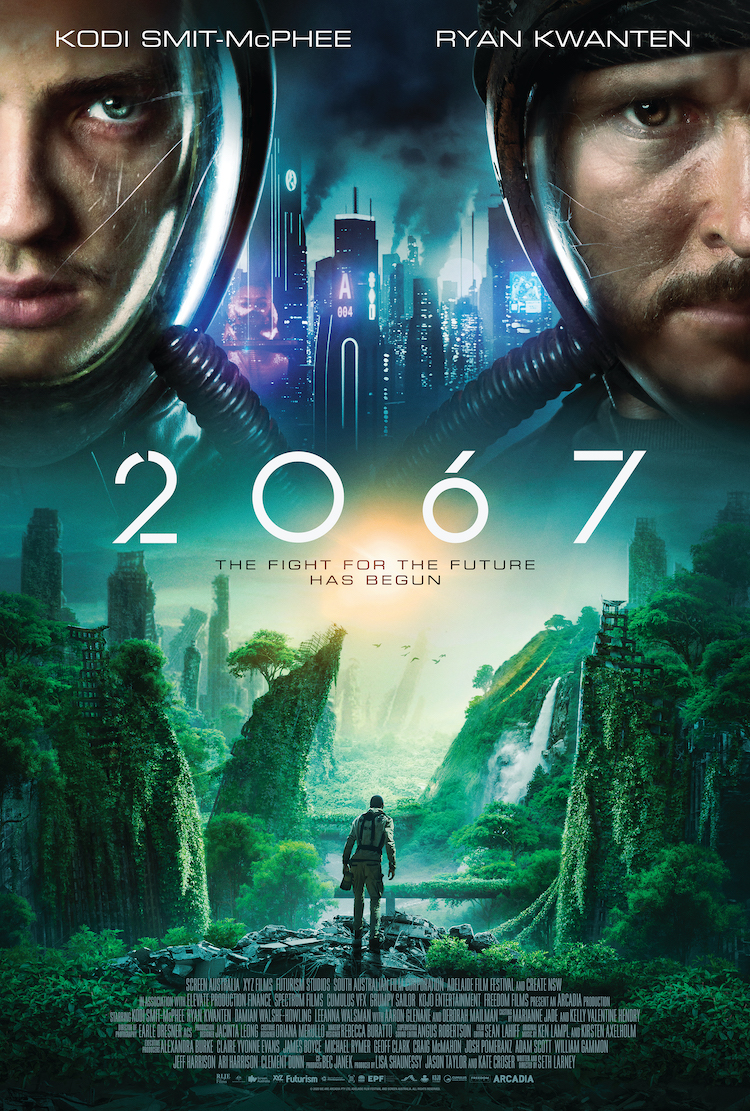