See you after school at the DONNYBROOK!

Freddy here with a review of the dark and gritty American drama titled DONNYBROOK.

DONNYBROOK follows a down on his luck Jarhead Earl (Jamie Bell) as he creeps through life.  The weight of the world is on his shoulders and he’s clearly given up on life.  The only solution is a local Fight Club of sorts called the Donnybrook.  The Donnybrook is one of those organizations that’s run in the shadows, yet everyone and their mother seems to know about it.  There’s no law at the event.  Truth is.  There’s no law at all in this flick.  It’s all a big set up for the mano y mano ending dance between Chainsaw Angus (Frank Grillo) and a grown up BILLY ELLIOTT. (Jarhead Earl) 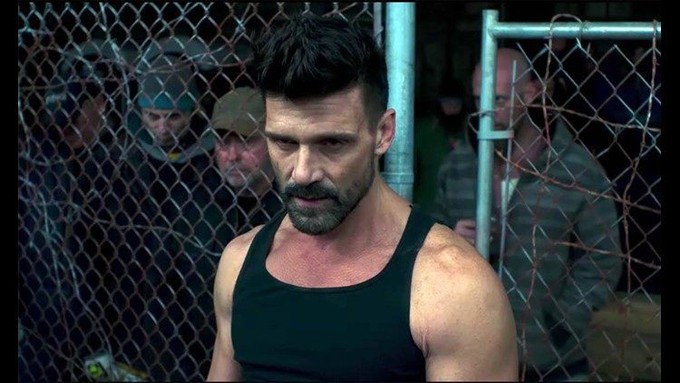 I’d warn anyone wanting to venture through these gates that it’s despicable material.  I’m sure Tim Sutton (director) was trying to showcase, a hard mirrored look at inner Americana.  It just comes across as lawless and largely pointless by the end.  I didn’t care about who won.  We are only left rooting for Earl because we have been sledgehammered into not rooting for anyone else.

I know it sounds like I hated this movie, I didn’t.  I just don’t want any of our readers seeking it out without knowing what they’re getting into.  So what are you getting into?
DONNYBROOK tries to get us to connect with Jarhead Earl, simply by giving him the shittiest life possible.  His wife (Dara Tiller) is hooked on smack.  Her dealer is the aforementioned Chainsaw Angus.  Angus kicks Earl’s ass, way too easily, in their first confrontation.  From there it just gets darker and more desolate.

This is Cormac McCarthy on steroids.  Chainsaw is the Anton Chigurh of this tale. 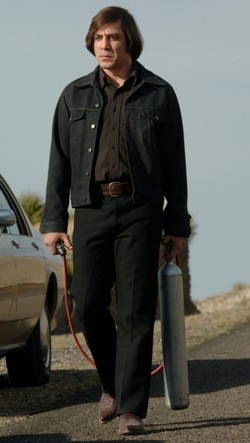 Frank Grillo is one of those character actors that never seemed to realize his full potential in film.  Here he’s awesome, as a man you hate.  It’s a despicable character, with no redeeming qualities and Frank plays him without flinching.  He’s brutal, amoral, and out for blood.  I absolutely loved him in this skin.  Everyone, plays their parts well.  The acting in this carries the day. Sherrif Donny Whalen (James Badge Dale) is a standout for me, in his way too short time on screen.

The only ‘good’ piece of the film was the father and son story that Tim organically tosses into the middle of this gut punch.  It works.  Jarhead Earl and his son Moses (Alexander Washburn) feel like true family.  Their blood, the bond that connects them, as Earl continues making all kinds of baffling decisions. 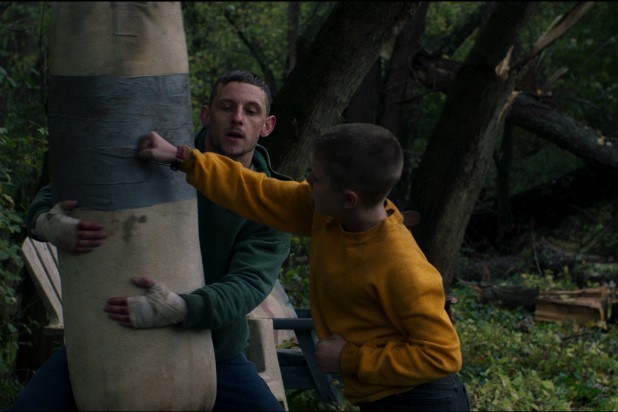 I get it, he needs to get to the big Battle Royale and change his family’s fortune.  And Tim needs to get us on the corner rooting him on or the ending doesn’t work.  I just feel like there’s not enough character development and everything feels like setups to get us to the big ending.  I think that’s the problem for me.  The ending is a letdown.  There’s only 2 ways I leave this movie feeling satisfied.  The entire movie is hard and hits the pit of your stomach.  The ending needed to really expand on that ominous feeling giving us an unbearably brutal ending or give a feeling of redemption that makes it all matter.

Maybe that’s the point of the film, nothing matters.

It’s too bad because these actors deserved better territory to work within. 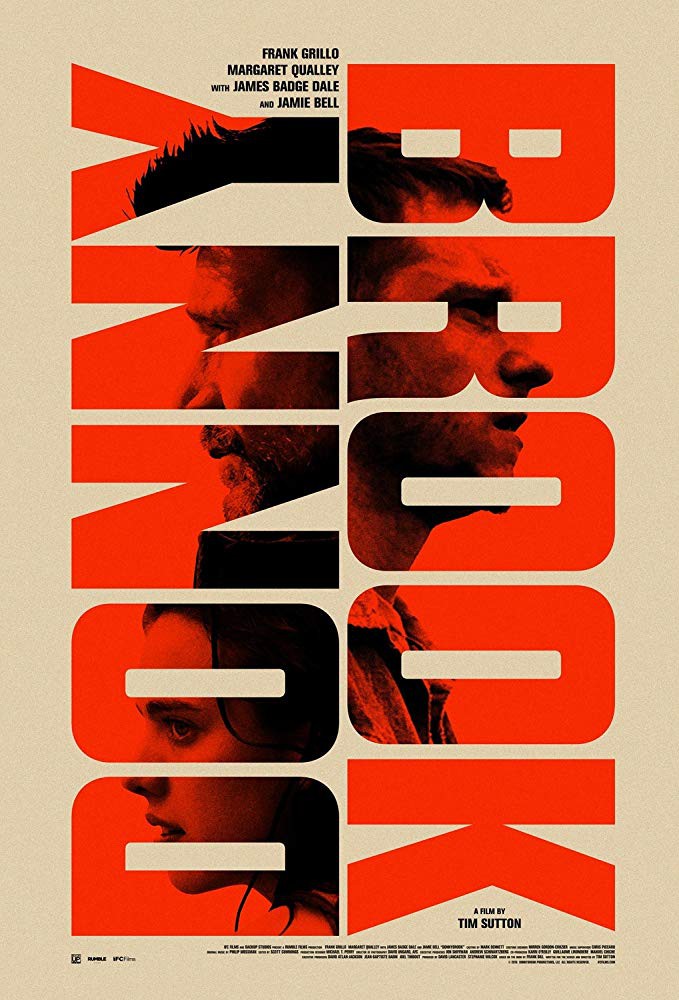 DONNYBROOK is available now on VOD

6.5 out of 10 pugilists wish they weren’t so boxed into the lifestyle