Hey folks, Harry here...  You know that the SUICIDE SQUAD by James Gunn was going to be fucking insane, but did you expect it to be WEASEL insane? 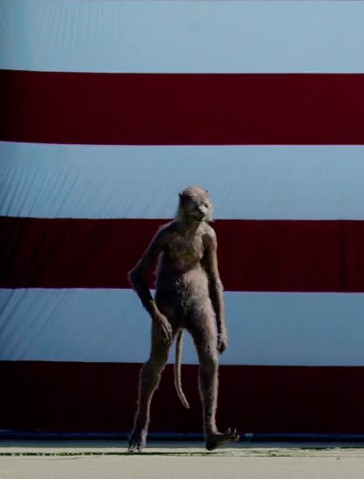 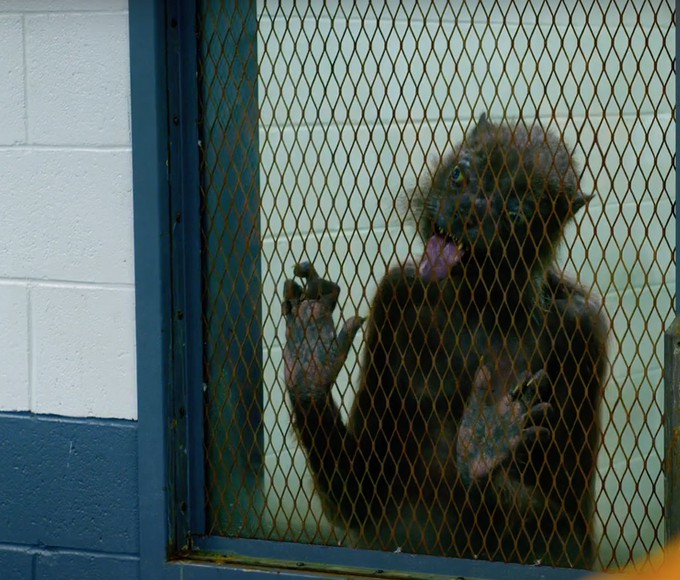 Sean Gunn's WEASEL has already become my favorite thing in my chase the laser dot around the room mind.   Just look at how freaky that is, how bizarre, how insane, unbalanced?   Look at the hands...   the Lazy eyes.   Can you imagine its freaky ass sounds?  Would it constantly be after chickens?

Now, there's more than THE WEASEL in this SUICIDE SQUAD by James Gunn... but that's not really a focus of my mind.   Gunn said that there were more explosions and mayhem than in the entirety of the Marvel Cinematic Universe thus far.  THat frays the brain.   Here - look at the Behind the Scenes video:

and before that was the Roll Call video introducing who everyone was playing:

I love that we still have pretty much no clue of what the SUICIDE SQUAD is going up against, except...  there seems to be at least enough troops for just John Matrix to take out.   But I need to see James Gunn unleashing Polka Dot Man and King Shark and THE WEASEL along with everybody else.  We are on the edge of something incredibly special here.   THE THINKER!!!  Giggle.   This is Saturday morning candy!