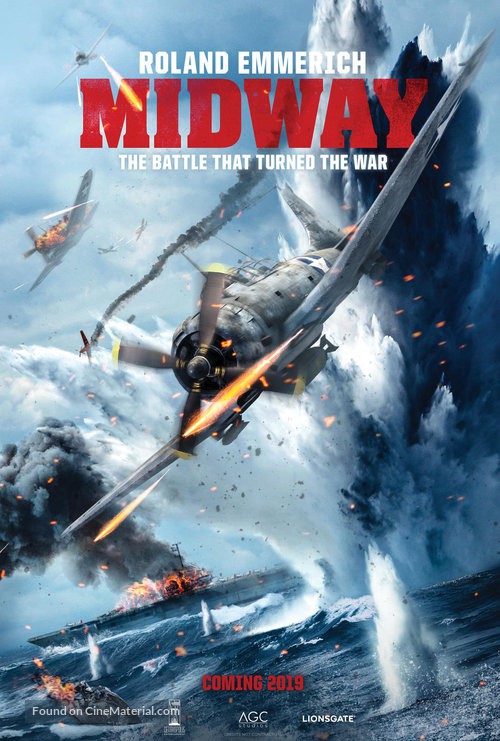 He made the White House blow up.   He made Los Angeles blow up & fall into the ocean.  He bounced cannon balls to take off British heads.  He froze New York City and took us to 10,000 B.C.   We're talking about Roland Emmerich, who has never met an explosion he didn't clap through.   With this first trailer for MIDWAY, we see we're not going to just get that battle, but he's going to top Michael Bay's PEARL HARBOR just to kick it off.   Here, take a look:

It's edge to edge Zoom & Boom.

Emmerich has another strong cast led by Woody Harrelson's Admiral Nimitz and Dennis Quaid as Vice Admiral Halsey.  Under them we got Patrick Wilson, Ed Skrein, Luke Evans, Darren Criss, Aaron Eckart and Nick Jonas.  The film is scheduled to be released upon Veteran's Day weekend, which is November 8th where it already blew the idiotic SONIC THE HEDGEHOG movie to February, which looks like abuse & torture!  But there's still DOCTOR SLEEP to contend with, which looks fascinating.