Hey, friends!  Barbarella here. Richard Bates, Jr. made a charming film KING KNIGHT that will premiere at this year’s Fantasia Film Festival on August 8, 2021.  In the movie, which stars Matthew Gray Gruber (CRIMINAL MINDS), Angela Sarafyan (THE IMMIGRANT), and Barbara Crampton (YOU’RE NEXT), a coven’s high priestess uncovers a secret from the high priest’s past, throwing their lives into turmoil.  I had an opportunity to speak with Richard Bates, Jr.  Check it out. 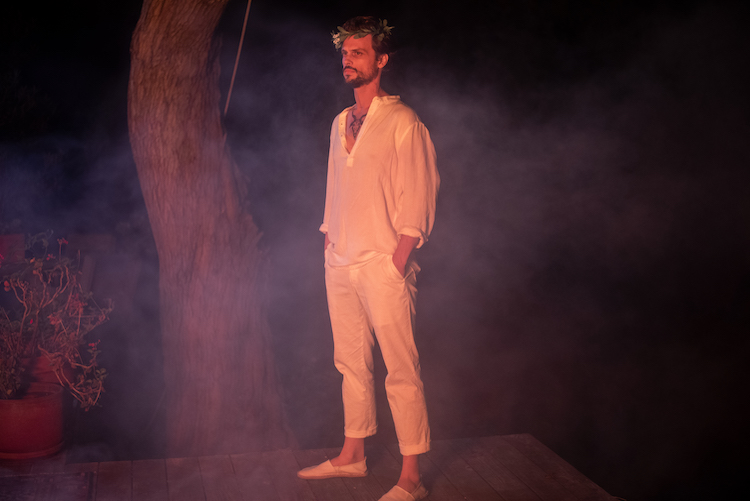 Are you as funny in person as your writing implies?

“Debatable.  It depends who you’re asking.”

Matthew Gray Gruber is in almost everything you've done.  Would you describe that working relationship?  Is he your muse or something?

“He'd fucking love that.  “I'm your muse.”  Yeah, he would love that.   Matthew is one of my best friends.  Matthew was the minister…Matthew married my wife and I, so he's family.

“It’s always a lot more fun when you're making movies with talented friends.  Because I've always kind of dreamed my whole life,  I wanted to have a circus or work at a circus, and so I feel like we keep sort of inducting new members into our circus.  I love the idea of a troupe.  I love the idea of sort of family that you kind of create, which I'm sure comes through in the movies, the family that they've created.  I kind of approach the films like that; they’re all personal to me.” 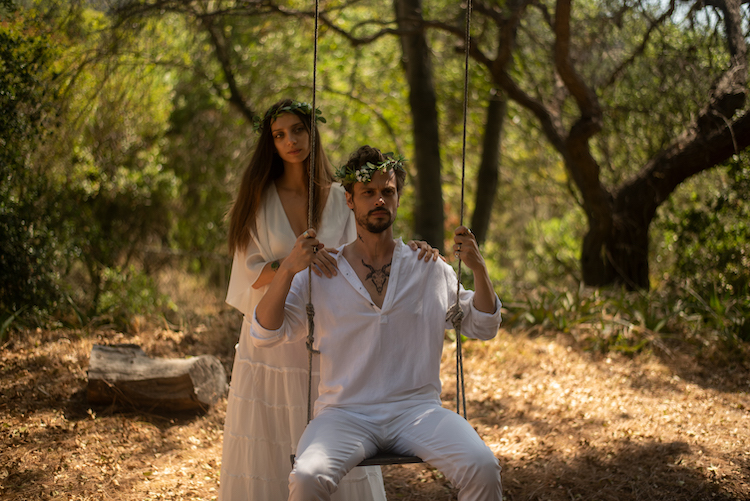 How similar are you to Thorn?

“Let's see, the big fun thing that I sort of riffed off of when I first started to write was that I actually was awarded the “most likely to succeed” superlatives.  I was like, “Wouldn't that be funny that thing that my parents were proud of in high school has come to be some sort of an embarrassing thing?”  Am I that similar to Thorn?  Every one of [my] movies has a bunch of truth in them, and then there's a bunch of truths from other people in my life, you know what I mean?  I probably pulled from everyone I've ever known for these characters, and then, of course, embellished, because it is a farcical kind of a film.  Everyone exists from a heightened version of reality.”

“Well, you know, I really loved shooting the whole thing.  No one did this movie to get rich.  Everyone was there because they wanted to be there, and everyone had fun.  It was truly like making a movie when you're a kid again.  It just reminded us why we love doing this in the first place.

“My favorite scene is probably the scene with Angela and Matthew.  “Did you play sports?”  I really liked that one.  I don't know; it's very strange.  I've done bigger movies and all that, but there's something just so pure about this movie.  And I just love it.  We edited it in my garage.  I did the actors’ contracts myself.  The whole thing was just so personal and fun.  I'm really glad that we pulled this little thing off.”

I love Barbara Crampton.  She's just such a wonderful person and horror icon.  Would you discuss your experience with working with her? 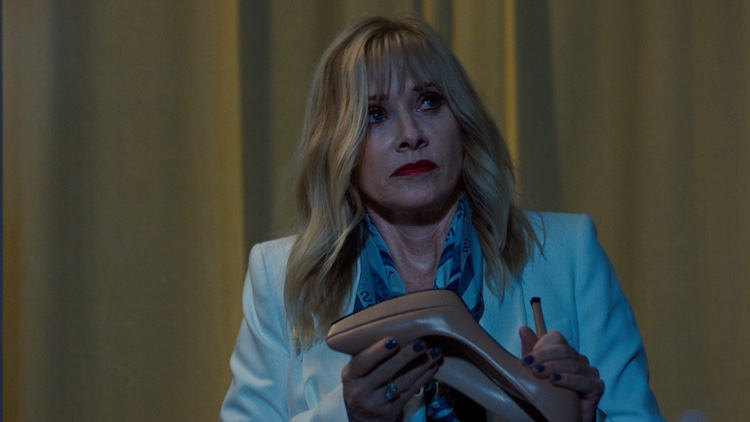 “Well, I mean, she's the coolest.  I actually didn't know her before this, and I reached out, because I love RE-ANIMATOR.  I was so happy and surprised that she was down.  It was really cool of her to do this movie.

“Oh, one fun thing.  Here's a thing that you might enjoy.  You know the scene when Matthew is in the Uber, and he's sort of accidentally hit shared ride?  There’s a stranger in the car.  That lady, her name is Allie, and she is actually the office manager at my psychiatrist's office.  I'm in there, and I see she's watching CRIMINAL MINDS on her computer, and I was like, "Oh, that's my friend's show."  She's like, "Who's your friend?"  I said, "Matthew."  And I could tell she was a huge fan.  I always remembered that, and then when we made the movie, and I was casting that part, I was like, “Oh my god; wouldn't it just blow Allie's mind if I called her and [asked if she wanted] to be in a car in a movie with Matthew?”

I called her at the office, and she's like, "You're kidding me."  And I was like, "No, no, I'm not."  So, she took the next day off and came to the set and acted in the movie.  Then a month or two later, my psychiatrist told me I'm not allowed to cast Allie anymore in my movies.”

What kind of research did you do for this?  DId you research any kind of modern-day covens or witchcraft?

“Well, I did tons of research, but I've probably been doing it for years just because I've always been very fascinated with witchcraft and Wicca and all that.  I've always loved witches.  I grew up in more of a conservative area with, you could say, Southern Baptist family members and whatnot, and that religion never appealed to me, so I've always searched for something that did, and to this day, Wicca appeals to me more than anything else. 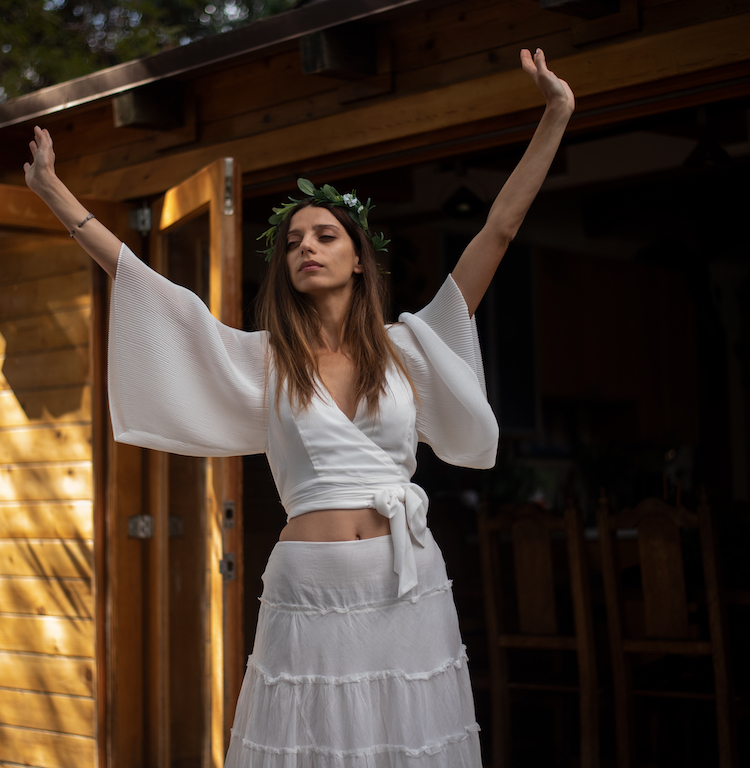 “I thought in a lot of the country, certainly the Bible Belt, the whole idea of a witch, just the very notion of witchcraft, is evil and nefarious.  What convinced me to dive in and write this movie was to make a movie about witches, not a horror movie where they're killing people, [but rather] treat them in a comedy as you would treat any characters in a comedy.  Hopefully, by the end, have viewers see them just as regular people searching for the same answers to the same questions as anyone else, as everyone else.

“I had a few of my friends who were witches read the script before we shot, just to make sure everything was fun, but in good taste.  I didn't want to be offensive, but I also didn't want to preach to the audience, so I didn't want to make the witches these reverential creatures.  I wanted to just make them human.

“Because when something's delivered to you as holier than thou, you're immediately kind of turned off by it, or most people are.  It’s kind of John Waters’ approach to stuff, right?  We can be provocative and silly, but there has to be an underlying heart to it all.  That was kind of the approach.  It takes place in this heightened version of reality that all my other movies take place in.  It’s farcical and whimsical, but I did try to approach every character with love.  I made sure that I loved every person.” 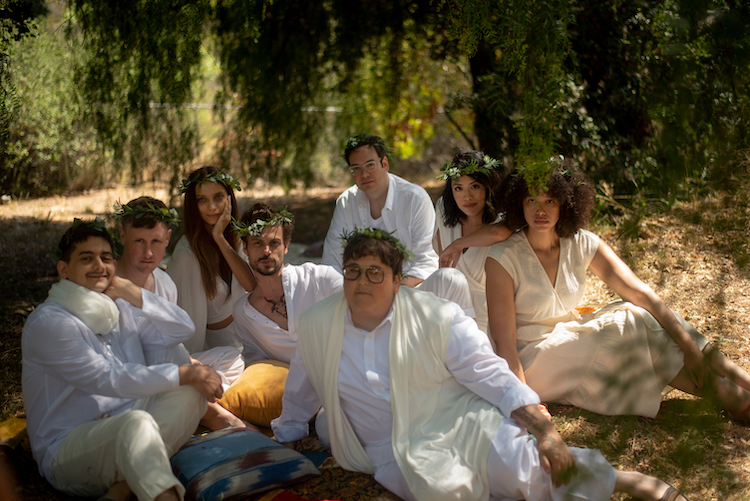 What was your high school experience like?  And have you attended any high school reunions?

“Let's see.  My high school experience was very fascinating I'd say.  To be honest with you, my friends went to baseball and basketball camp; I went to film camp.  I only wanted to make films my whole life, so I just walked around with my camera making movies, and then I guess somehow, oddly enough, by senior year, everyone knew that I was the weird movie guy with the camera.

“It actually ended up working out because when I wanted to make EXCISION, I actually had tons of people that went to high school with me invest money and help finance the movie, because they'd known since their earliest memories, this kid's just been trying to make movies.

“So, I didn't have a horrible experience.  I didn't have the best experience.  I guess now with perspective, I'm not as sensitive to certain things.  When you're in high school, that's your whole universe.  I couldn't even see outside of it.  Like everything's the end of the world, right?  With age, I look at it a little differently.  [I had] the same set of ups and downs as most people.”

My favorite scene in this is the dance scene. How did you come across that song, and what informed your decision to use it for that?

“Well, that song is written into the script.  When I heard it, I was listening to all of this sort of witch house music, oddly enough.  Which was sort of like the 2000’s electronic music movement, if you will. It didn't last too long, but it's kind of coming back, and I love it.  I love all of it.

“I was just scrolling through musicians; I stumbled upon this song, and I became obsessed with it.  I knew that the movie had to sort of end with a dance to that song.  So actually, I had that song in mind before I wrote even a page of the movie." 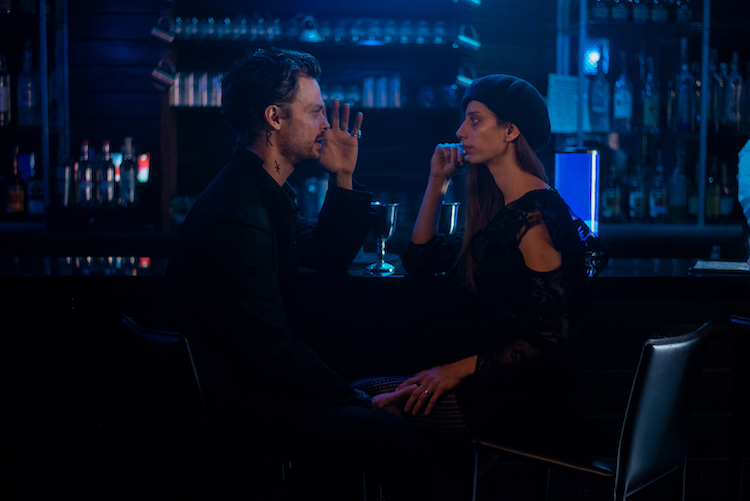 Who choreographed the dance?

“Matthew and myself have absolutely no business choreographing a dance, at all.  It would be absolutely awful, so I called my friend Angela, who's performed in TRASH FIRE because she's a fantastic dancer, and she recommended a choreographer friend of hers.

“Matthew met with her a couple of times.  We made sure he had a few lessons, just enough to know the routine but not enough to master it.  And then [we shot] it immediately after he got the routine in his head so that it would be flawed and fun and beautiful and authentic.  The idea was that you can't be dancing badly on purpose.  It can't be silly like that.  It can't be perfect either.”

It was wonderful.  I absolutely love that scene and that song.

KING KNIGHT is a fun escape from the brain-melting violence that I’ve been watching lately, and I adore this particular flavor of silliness.  The film premieres this weekend at Fantasia Film Festival.  Here’s a trailer