Review of SOMETHING ELSE out of Tribeca

Ken with a review of a movie out of Tribeca, all its own, aptly titled SOMETHING ELSE.

Hank (Jeremey Gardner) feels all alone in this cruel world.  At least it felt that way after his girl Abby (Brea Grant) left him ten years ago.  She left without any explanations.  One day, they’re in love and everything is blissful and the next Hank is alone and slipping into depression.  She is thoughtful though, leaving him a note before splitting in the middle of the night that reads.

Ten years later, Hank has to be wondering if the definition of ‘a while’ had changed.

Hank isn’t really all alone in this world, he has two loyal friends.

Wade (Henry Zebrowski), a drinking buddy, who keeps everything light and easy.

Shane (Justin Benson), the local sheriff who also happens to be Abby’s brother.  He’s the brother-in-law, that never was.

There’s another that comes every single night to see Hank too.  A bizarre creature, that won’t stop incessantly trying to break into Hank’s lonely abode.  The creature isn’t seen until the end of the movie.  We merely see this things handiwork every morning in the evidence of large scratches on the front door.  There’s also bullet holes from Hank’s overzealous need to catch this creature. 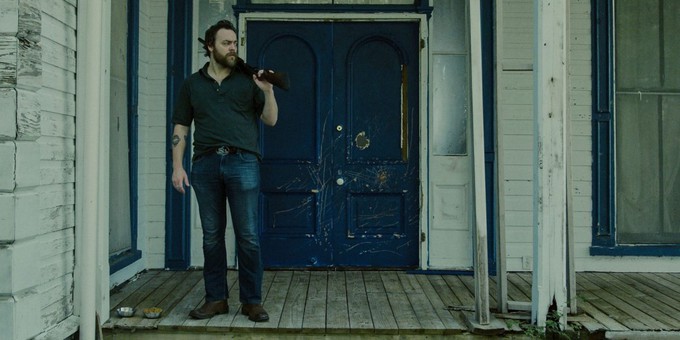 That’s the essence of the plot.  Then Abby comes back.

The heartbreak of losing someone is timeless, to those that have lost in love.  It’s always there, lurking in the shadows.  Sure, time will heal the pains but don’t believe people when they say you forget.  You don’t.  You simply process and move on to the best of your abilities.

Christian Stella (TEX MONTANA WILL SURVIVE!) and Jeremy Gardner get the most out of their indie budget.  Jeremy Gardner has proven adept at this issue, he directed the excellent THE BATTERY. 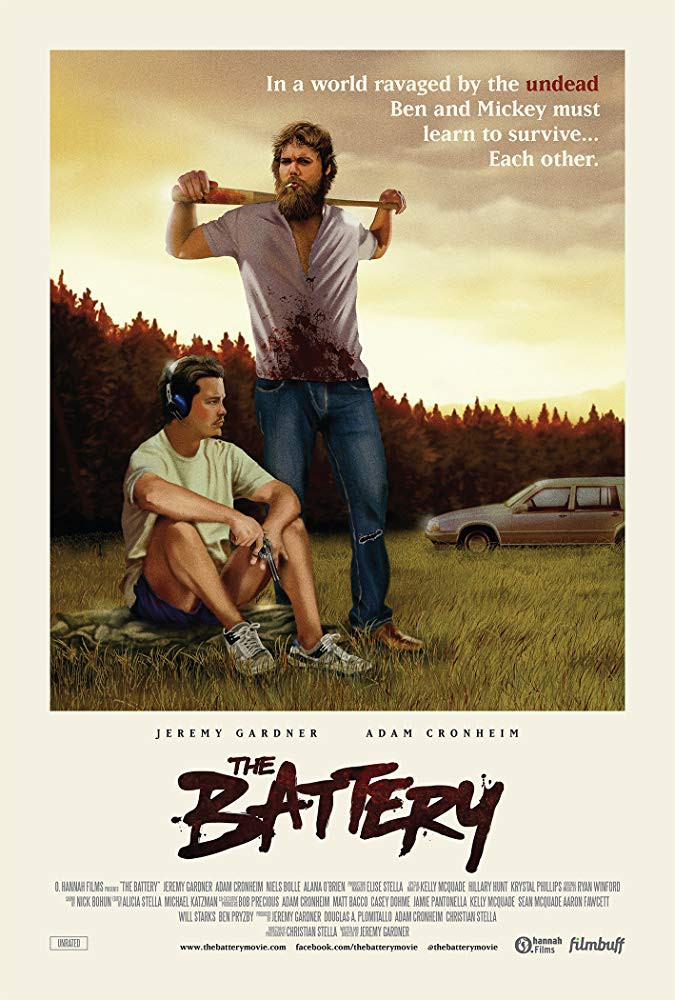 There he kept the camera turned to the interior of a vehicle, while we watched true best friends trapped with no good options on the table.  In SOMETHING ELSE, it feels like he’s dealing with personal demons via his art.

The acting is really well done.  Abby gets so much out of her character with side glances and soft facial changes.  Hank plays a sullen loser with heartbreaking ease.  This isn’t Hamlet.  The film is still built on the performances of understated realism.  This is an up one minute, down the next relationship and their authentic performances fuel this sedan.

Movie lovers should really appreciate the near 15 minute single-take shot when Abby is back.  They discuss the state of their relationship with honest depth, capturing true emotions that keep you glued to the scene. 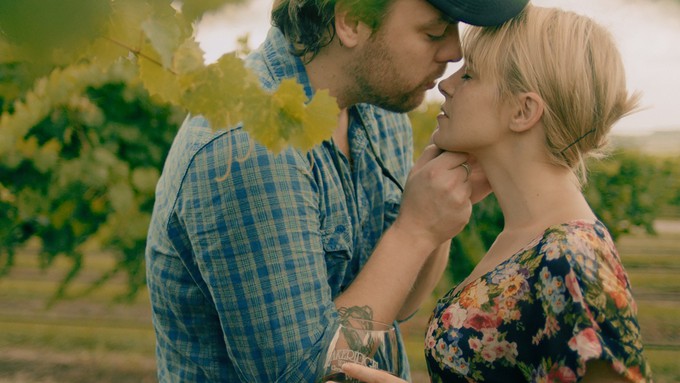 It’s not all doom and gloom, emotion exploring territory.  There’s some great subtle humor at play throughout too.  Hank’s friend Wade plays more to the, not-such-subtle humor side of things.

Is this a horror movie or a creature feature?  An exploration of emotions told with riveting acting or a character piece led drama with darker shadows at play?  The answer is it’s none of those things and all of them.

What you end up with is a hodgepodge of ideas that fit together quite well, telling a story we all can understand.  The loss of someone you love.

7 out of 10 singles abhor self-reflection

See all me writings:  www.freddybeans.com