Ken, with a review of a novel titled, THE GOD GAME by Danny Tobey.

THE GOD GAME starts with a group of high school computer geniuses in Austin, Texas.  In homage to IT, STAND BY ME and STRANGER THINGS they create a group called “The Vindicators.”

The Vindicators consist of:

Kenny, a guy who can’t seem to get a lucky break anywhere.

Alex, a teen dealing with way more than the sports leaning bullies.

Vanhi, the Indian American teen who can hold her own among the almost men.

The main characters here are Charlie and Peter.  Peter being the leader of the group, simply because he has all the money and easy access to popularity and other things.  Our main man is Charlie, the true heart and soul leader.  The one we usually leave by the wayside to follow the loud and obnoxious one.  Ahem, Peter.

Everything is ok with the group until Peter and Charlie visit the Dark Web.  In the Dark Web, there’s a buzz over a virtual reality game titled G.O.D Game.  The rumor doesn’t mention the omnipotent A.I. that runs the game, so the kids get curious.

COme inside and play with G.O.D.

But remember the rules.  Win and ALL YOUR DREAMS COME TRUE.  Lose, you die!

Every game has some positives and negatives to it, so the group jumps in.  At first things are great.  They earn “Goldz” for completing certain tasks.  “Goldz” can be used to purchase needed items to be used in a virtual reality store.  The “Aziteks” stand out as virtual reality glasses, that once purchased, let the wearer see a video game format of the real world they inhibit.  (Think DIABLO)  Red blips mean things to avoid, etc. etc.

However, “Goldz” aren’t the only thing you can earn.  You can also get “Blaxx” and once those start piling up you’re in for a real bad day.  No one in the group accumulates too many “Blaxx” early on and they all set upon doing their individually requested tasks via G.O.D.  The tasks start simple enough and slowly dip into the creepy.

What’s the big deal?  So this G.O.D. asks its followers to “Worship me.  Obey me.”  That’s not really that new.  When the tasks they’re asked to do get darker and lead to complicated results that mean more tasks , it all becomes too much.  One of them has to convince the others to leave the game.  This is the most action any of them have gotten though, so that’s not going to be easy.  Plus the tasks have accumulated and now form a ‘dark web’ of their own that keeps them stuck within the game.

In Danny Tobey’s sophomore effort after THE FACULTY CLUB, he crafts a quick compelling read that is centered on theology and morality. 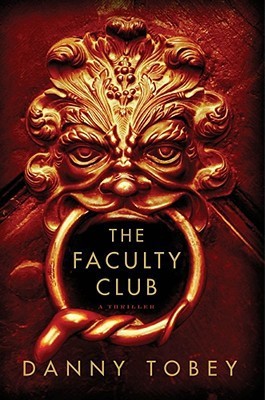 Something akin to THE LAWNMOWER MAN mixed with READY PLAYER ONE, to splice an entirely new theorlogical tale.  One that never lets up from page one, to its satisfying conclusion.  While it didn’t hit me like READY PLAYER ONE, which bombarded me with history I grew up in.  It’s still a very easy read that lives within its own borders.  Meaning, it dabbles continuously in that RPO world, while crafting its own tale of philosophy tinged horror.

While growing up, I read books a million times worse than this by age 12, (The first novel I bought with my own money was INVASION U.S.A.) there are adult themes and language throughout.  The blood is at a minimum.  Like a good Ketchum novel though, this thing doesn’t let up once its foot’s on the gas.

I had a great time with this one.  It gave me a bunch of individual characters to pay attention to and dealt with them honestly.  As the web gets stickier and stickier, I was impressed with how easily Danny wrote himself out of those situations.  The end result had me thinking of heavier themes than your standard fare set within the confines of a high school.  This is a heady book that has fun playing within its own rules.

“Someone knocked at his door.  He ignored it.  He was crying so hard his dad surely heard.  The knock was soft and tentative.  He saw his father’s shadow in the crack under the door.  He knocked quietly once more, knowing he wasn’t wanted, then walked away.” 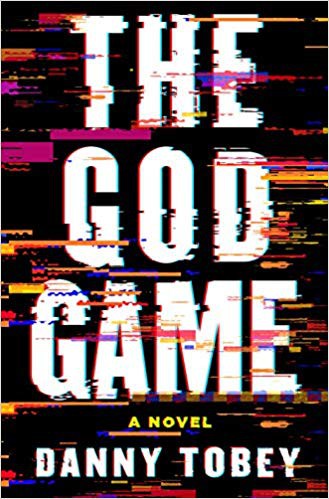