Review of an ambitious horror flick titled MERMAID DOWN

Ken with a review of an impressive low-budget horror flick titled MERMAID DOWN.

MERMAID DOWN is an incredibly ambitious original-concept movie filmed on a strict 85K budget.  I love small horror films that have unique ideas at play within them.  And this one is dripping in the uncommon.

So what is going on in this mermaid tale, that’s titled like a syfy Friday night special?
So much I won’t cover it all in my review.  Like I said it’s ambitious.

The main premise follows two old grimy fisherman discussing the lore of mermaids in a typical bar.  The older one propositions that he knows how to catch a mermaid and cut off her tail.  Cut to them on the open seas and miraculously catching a mermaid (Alexandra Bokova) on their first try.  They work at cutting off her tail and things don’t go quite as planned.

A random stranger intervenes but only after tail and mermaid have been separated.  The helpful stranger ends up being less than helpful and locks her away underdeck.  He’s a psychiatrist for a group of young women that are also disturbed mental patients.  So you’d assume Dr. Beyer (Burt Culver) is really interested in her beginnings and inner thoughts.  You’d be wrong.  It's more of an unexplainable infatuation than anything else i can think of.

The other disturbed girls are bonded but having a hard time connecting to the mermaid.  What do you talk about with a woman who thinks she’s a mermaid but has two weak legs underneath her?

Later, the girls swim in a pool together and the mermaid finally tries connecting by jumping in the water in a frenzy.

Is this akin to SPLASH and her tail appears in the infamous bathtub scene?  No, it’s a little disappointing for the audience and the mermaid when nothing happens.
Things dovetail from there into crazy territory.  There’s a ghost, a serial killer, and a big secret to reveal at the end.

Like I said, this film is ambitious and on a little-to-nothing budget.  The cinematography is unbelievable at that price.  Everything looks fantastic!  The script is bug nuts crazy but never gets too far ahead of itself.  The actors/actresses do a great job selling their roles and the mermaid is downright gorgeous.  I know it seems like I loved the film and I do, on the budget it was filmed.

I have one major complaint that i feel really holds the audience back from becoming fully absorbed.  The bad guy just isn’t believable.  He’s never fleshed out or his motives explained.  He’s clearly very complicated but when he starts doing crazier and crazier things by the movies end, it pulled me out of the film because I just didn’t believe in him. 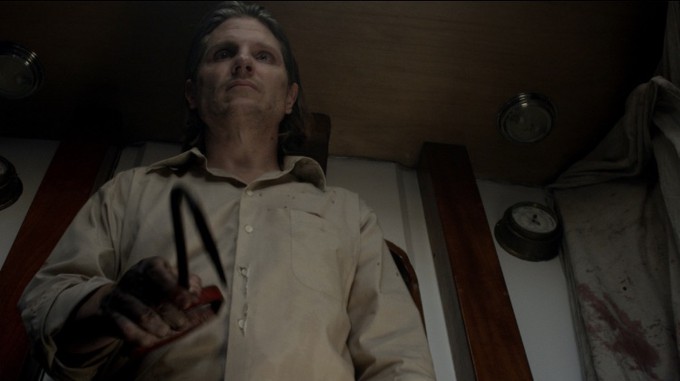 Burt Culver does a great job portraying the good doctor, he just needs a backstory or motivation.  Something to inform the audience why he’s doing outlandish things from act one on.

It’s my only quibble.

The creative camera work and angles is a must see!  There’s maybe a few too many scenes with the camera capturing a crawling fishgirl strategically angled to ignore her from the waist down.  That said, I can’t explain how impressed I am with the concept and execution.

Kelly Lauren Baker co-wrote MERMAID DOWN with Jeffrey Grellman.  Jeffrey also directed this one, his sophomore effort after WHISKEY BLUE (2010).

I can’t recommend this one to everyone but I sure recommend it to those that enjoy unique ideas executed with reckless abandon.  This feels like a movie made for over half a million.

It's exciting to think of what Jeffrey might do, on his next outing, with a much bigger budget!

MERMAID DOWN premiered at the Grove on Oct 14th.  Redbox released it yesterday on the 29th and Walmart releases the blu-ray in January.

Keep a look out for this one matey’s! 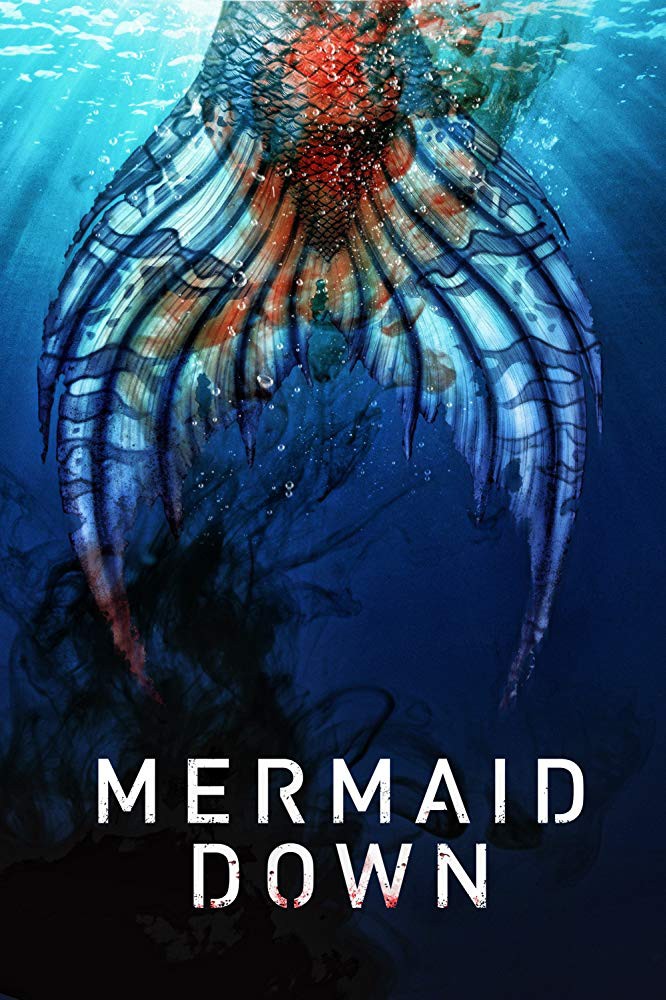