Raiders of the Long Box: SHURIKEN 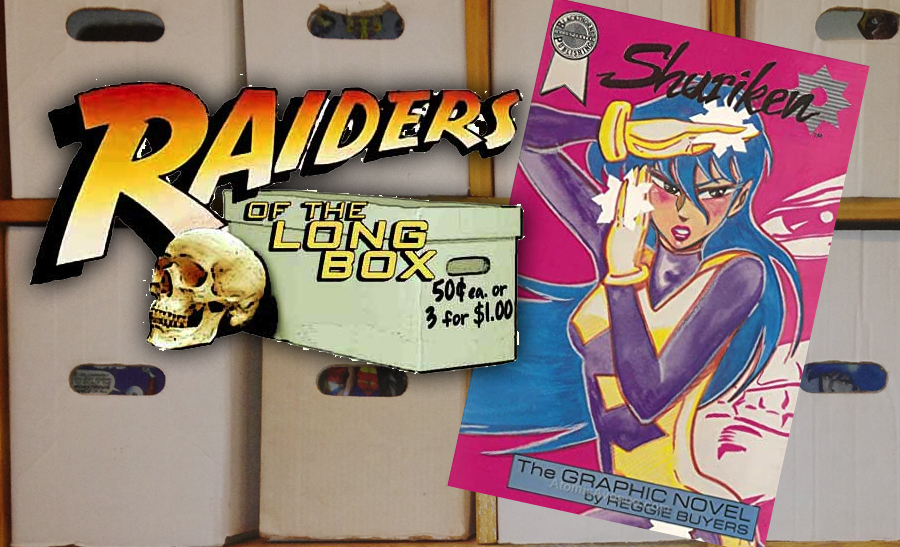 Hey gang, Masked Man here. Back when we had the time to cover weekly comicbooks, we often did a feature called Raiders of the Long Box! I thought I'd bring that back, in video form (of course). Starting off with my first real indy comicbook: SHURIKEN, from 1985 (created by Reggie Byers and Neil Vokes).

I was crazy for Anime back then. Watching ROBOTECH, CAPTAIN HARLOCK AND THE QUEEN OF THOUSAND YEARS... Heck, I even watched TALES OF LITTLE WOMEN (spoiler, Beth survives)! So when I saw an anime inspired cover art, well I had to pick it up. I would go on to buy basically any issue of Shuriken I could find. No matter how awful the comicbook became after Byers was bought out. So if you dare to jump into the sassy, cartoon, anime, kung fu world of Kyoko Shidara, aka SHURIKEN, press play! And get a look at just how insane the indy and comicbook industry in general can be. As SHURIKEN turned out to be a roller coaster to nowhere!