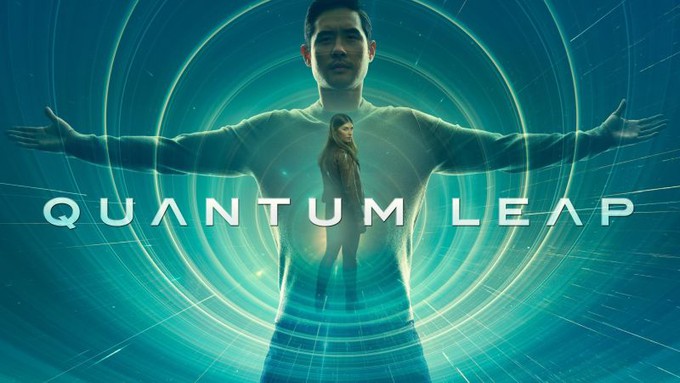 Hello fellow leapers and welcome to what has now become a weekly review of the continuation of the popular series Quantum Leap. Today we look at episode 3 of the new series and explore not only Ben’s leap but any side plots or references that go along with the episode. As usual here’s a massive spoiler barrier, if you read past this point and complain I spoiled it that’s more your problem now than mine. So, if you are sitting comfortably, I’ll begin…

SEASON ONE, EPISODE THREE “SOMEBODY UP THERE LIKES BEN”

This episode sees the team leap to 1977 Las Vegas where Ben has leapt into the body of heavyweight boxer Danny “Youngblood” Hill, the day before frankly the greatest fight of his life, a title matchup for the heavyweight championship of the world against current champ Roy Gordon.

Ben soon learns that this particular match isn’t just a fight for the title, it's a fight for his brother Daryl’s life. You see, like many other men that came home from the war in Vietnam, Daryl suffers from Post Traumatic Stress Disorder and is struggling with visions of the atrocities that he faced while fighting for his country. To add to this he’s in debt with the sharks and is likely to lose the family gym if Danny doesn’t win the upcoming bout. Addison realises that unfortunately, Daryl takes his own life due to his struggles and that it doesn’t matter whether or not Danny wins the fight, it doesn’t change Daryl’s issues. Ben then makes it his mission to not only win the fight but keep Daryl alive and show him that there’s not only love for him but a bright future if he wants it.

The leap touches on many subjects, but the most prominent one for me was one of self-care. Not only is PTSD a subject close to my heart, but having struggled with it in my own past, I know exactly how difficult and horrible it can be. I felt that this was not only portrayed well but handled well. There wasn’t a quick fix as most shows will go for, instead Ben made Daryl promise to not only go to a doctor for help but to keep going to that doctor, to be a fighter like his kid brother. Take it from me, PTSD is not only the fight of your life but a fight for your life. The theme of self-care stretched to Addison too, who has been pushing herself far too hard trying to get Ben home. Combined with not getting proper nutrition and dealing with the psychological stress of effectively losing her partner, this makes her pass out. This episode is the first to really show an emotional core. Where the opener and the second episode were fun, this one is the first one to go for your feels, and I think it does that tremendously. It hits all the right notes at the right time and left me cheering not only when Ben wins the fight but when his leap works out and you realise the effect it has had on both brothers.

There were some cool little QL references in the leap too. With Ziggy having slowed down it caused Addison to tap her handlink in exactly the way Al did in the original series, which just made me smile from ear to ear. I loved how writer Drew Lindo used the idea that they had all of the footage of the fight in the future so the team could use that in tandem with Ben’s Eidetic memory to help him train. Very smart writing indeed.

Meanwhile, back in 2022, Ziggy’s been a little slow and the team are struggling to find out why, so Magic does a little digging into Beth’s background to find out if there’s a connection to Janis. It turns out that the original QL project didn’t really do much in terms of inventory and they let Al take a bunch of tech home. Yikes! Janis ends the episode with the stinger that she is making her own imaging chamber and she is likely to try to contact Ben. This had some really cool original series references not just from the original theme tune beats in the soundtrack but seeing Al’s original handlink. It was the first time the series made me go “whaaaaat?” And I loved it. I think it's a great idea to introduce what may well be a series villain. What are Janis’ motivations? What is her connection to Ben? What is the fixed point in time that they are both trying to reach? Is that where Sam is? I loved that this episode asked even more questions and not only ramped up the stakes a little but introduced an element that Sam and Al’s adventures never had (I don’t count The Evil Leaper)

Next week's episode is called “A Decent Proposal” and sees Ben leap into the body of Eva Sandoval, a no-nonsense Bounty Hunter in 1980s Los Angeles and airs on Monday nights at 10/9c on NBC. Please let me know what you thought of the episode in the talkbacks. Stay safe, but above all, stay cool...