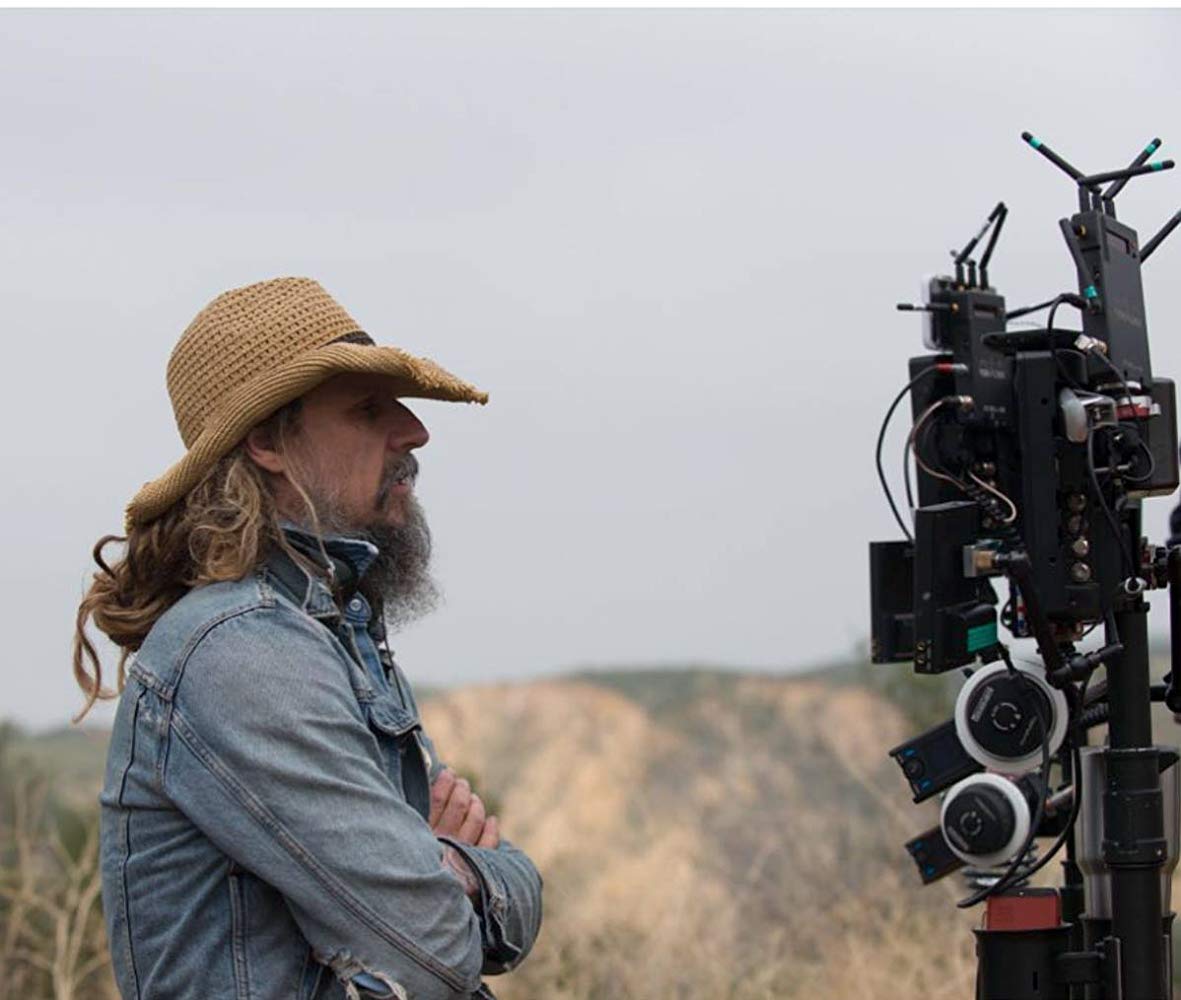 I recently had the chance to chat with the man himself, Rob Zombie! We spoke about “3 FROM HELL”, his on-set relationship with wife, Sheri Moon Zombie, returning to the Firefly Clan after so long, ice cream, Jason Voorhees, plus more! Check out our conversation below! 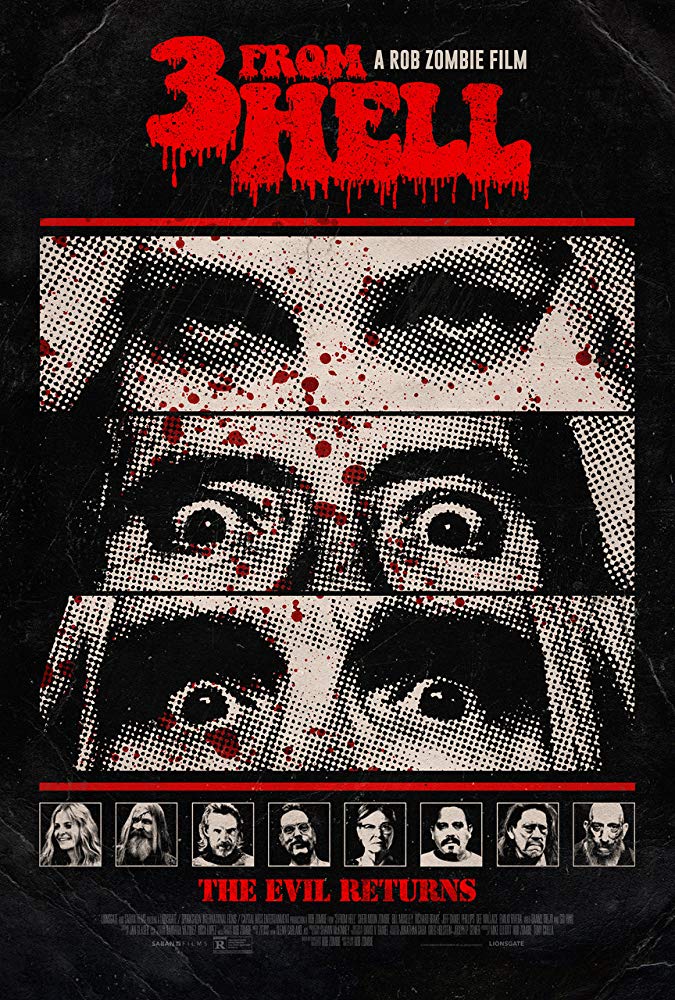 JS: Awesome to talk to you, huge fan Rob!

RZ: Thank you man, thank you.

JS: What can you tell me without spoiling the film?

RZ: (Laughing) That’s a good one! I’ve been trying to figure it out for a while. Not much! Everything I say seems to spoil it! What I can say, is that what I was trying to do with this movie is not just make a sequel where it was the same thing we are retreading. I was trying to take pieces of (House of 1000)Corpses, pieces of (Devil’s)Rejects and create something new. So there are moments where you go, oh that feels like “Corpse’s”, oh, that kind of feels like “Rejects”, but the whole thing should feel like something totally different. What I like about sequels is that that you don’t have to re-explain the characters. You can just assume most of the fans are like “ok, we know who these people are, let’s get into it.” You can just dig a little deeper into what you’re going to do with the characters.

JS: Absolutely. I’m a huge fan of “House of a Thousand Corpses” and “The Devil's Rejects”. They’re two of my favorite movies.

JS: And I think that definitely worked. What was it like coming back to the Firefly family after so many years?

RZ: It was cool man, it was really shocking because Sheri was the one who was most, “I don’t know if we should do this.” She goes “the last movie was great, it ended cool, why do we want to ruin it?” (Laughing) Or “why do we want to potentially ruin it” is what she said. She was like, “but once you write the script, I’m going to read the script, if I think it works, I’ll do it.” And I understand that. And she read it and she was like “oh, this is cool let’s do this.” The stuff we shot on the first day was with Otis and Baby going in and out of court. Once Bill had his wig on, and Sheri’s hair was styled like Baby’s hair and they’re in their costumes and everything, it felt like we never left these guys. It was just the weirdest feeling. It was like getting in a time machine. My biggest fear was thinking like, oh man, they don’t seem like the characters anymore, they seem different. But they snapped right back into it. It was really weird.

RZ: Yeah, it’s really a testament to those guys because they really just fell right into it. There was a tricky situation that happened where I incorporated Richard Brake into the movie, and he fell right into it. He had no prep time. He came from another movie, came right in. And ya know, it’s kind of tough. Sheri and Bill have established those characters. We shot the first movie almost twenty years ago. And for him (Richard Brake) to come in and (it’s like) where do I fit in? It worked out very well.

JS: I think he was great! Richard Brake did an amazing job. By the end of the movie, he definitely earned his place.

RZ: As it evolved, we created this storyline that he’s always trying to show off in front of Otis, what a badass he is.

JS: I loved their dynamic.

RZ: Right to the end where he thinks their fucked, Baby is like “no way!” He doesn’t get their mentality yet… but he starts to get it.

JS: You and Sheri are married, obviously, what’s that like working together, what’s the dynamic?

RZ: The dynamic’s great! We’ve been doing this now for a long time. (House of 1000)Corpse’s, we shot that almost twenty years ago. This is the eighth film we’ve made together. It’s awesome. I never worry about her. If anybody, she’s the most prepared person on set every time. She takes it very seriously; I never worry about her. We have a great time! I mean, I feel bad for her sometimes. Being around the director 24/7 is exhausting because most actors they come in, work for a couple of weeks, but she has to hear about the movie for years and years. So, I feel bad for her because she hears all the buildup, she’s there for the shooting, for all the editing, the release. By this point, she’s sick of hearing me talk about it. (Laughing) 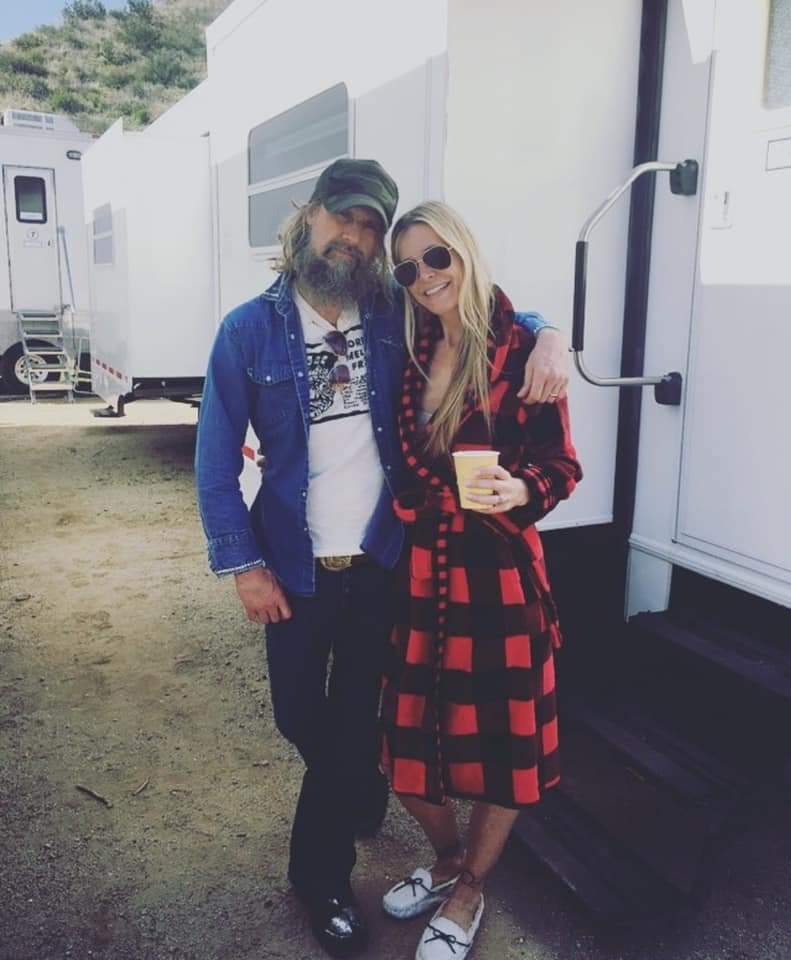 JS: She does a great job, and that laugh as Baby… gets me every time.

RZ: We had decided since she had been in a women’s prison, she had been isolated from them, that we were going to make her… she’s kind of cracked. So cracked, that even Otis was like, “she’s fucking nuts.”

RZ: She’s kind of making her own movie the entire time and that added a whole other layer that was fun to deal with.

JS: Would you ever consider doing anything aside from horror?

RZ: I’ve always tried, there have been many projects that were non-horror projects that I tried to get off the ground, but they just wouldn’t move. If I could, I would for sure. I mean, I like all types of movies, but really the movies that get made are the movies you can get funded (laughing). So, until one of the other non-horror projects gets funding… I mean it’s hard enough to get the horror projects funded, it’s not like that’s easy. Getting movies made is a fucking nightmare, it’s always difficult.

JS: Yeah, I can imagine. Now you’ve done movies, you’ve done music, both successfully. Which one would you say is your passion?

RZ: Really both, that’s why I never stopped doing either. I keep both going at full speed because I think each balances the other. Music for me is different because I am the product. I am out front; I have to be on stage in front of the people. But when I make movies, I’m behind the camera, behind the scenes in an editing room. I’m not the thing everybody has to look at. So, it helps balance out both sides of my personality.

JS: I didn’t know this, but you worked behind the scenes on Pee-Wees Playhouse?

RZ: Yeah, just for the first season. They shot the first season in New York City. The funny thing is my cinematographer, Dan Daniels worked on Pee-Wees Playhouse too! (Laughing)

RZ: The guy who shot all my movies, starting with Devil’s Rejects, also worked on Pee-Wees Playhouse.

JS: I do have one random question. My girlfriend needs to know what your favorite flavor of ice cream is.

RZ: Well, I don’t eat ice cream necessarily because I’m vegan so, that really limits your ice cream choices. But I will say, I’m walking to the refrigerator as I tell you this, Ben & Jerry’s started making non-dairy Cherry Garcia…

JS: It sounds pretty awesome! I was going to guess Tutti Fruitti, but… (Laughing)

RZ: Yeah, I don’t know if I’ve ever had Tutti Fruitti. It just sounds funny.

JS: "House of 1000 Corpses", "Devil Rejects", their staples for me. I feel like this new one is going to be a staple for people when they see it. I think you guys did a phenomenal job. It took guts coming back after fifteen years, I commend you for that.

JS: I can’t wait to go see it in theatre’s I will definitely have my tickets. What’s next for Rob Zombie?

RZ: So, I’m going to be putting out a record early next year and shooting a music video. There’s that. I mean I don’t know what the next movie is, but it’ll be something.

JS: Okay, so we can look forward to some new music! I know you were on tour with Marilyn Manson. How did that go?

RZ: That was fun. I think that’s the fifth time we’ve toured together, crazy enough. It was great! It was a really great tour. I got home maybe two weeks ago from that so I’m just chilling out for a while until I head out to LA for the premiere of the movie and all that stuff. So yeah, it never stops.

JS: What do you like to do when you’re not being Rob Zombie?

RZ: I don’t know, because that never happens anymore. My schedule is just coo-coo. I go from a tour to a movie, from a movie to a record, to a tour from a movie. I never stop. I need to take a break because I have not actually taken anything resembling a break now in maybe, four years. It’s been nonstop.

JS: The names (of the Firefly clan) are inspired by the Groucho Marx films. You’re a Groucho fan?

RZ: Oh yeah, big time. I’ve always loved the Marx brothers and Groucho Marx, ever since I was a little kid. When I wrote the script for House of 1000 Corpses, it was probably over twenty years ago, I don’t know why I thought “hey, I’m going to name all the characters after Marx brothers characters.” I was probably just obsessed with the Marx brothers at that moment, at that point. You know how you are with stuff sometimes; you love something, you forget about it for a while, then you get obsessed with it again. Maybe it’s a movie, maybe it’s a band. It could be anything. And I think during that time period, I was just super obsessed with Marx brothers again and I thought it’d be funny to do that.

JS: One last question would you ever consider doing anything with “Friday the 13th” and saving my favorite horror movie character, Jason Vorhees?

RZ: I might! I always thought that was a very cool looking character and something really awesome could be done with it.

JS: I’d love to see what you could do with that!

RZ: I’d definitely think about it! I’d think about it, but it probably will never happen so… I’d been offered some other things like that that I’ve said no to over the years.

JS: I really appreciate you taking the time! I’ll be looking out for all your future projects Rob. 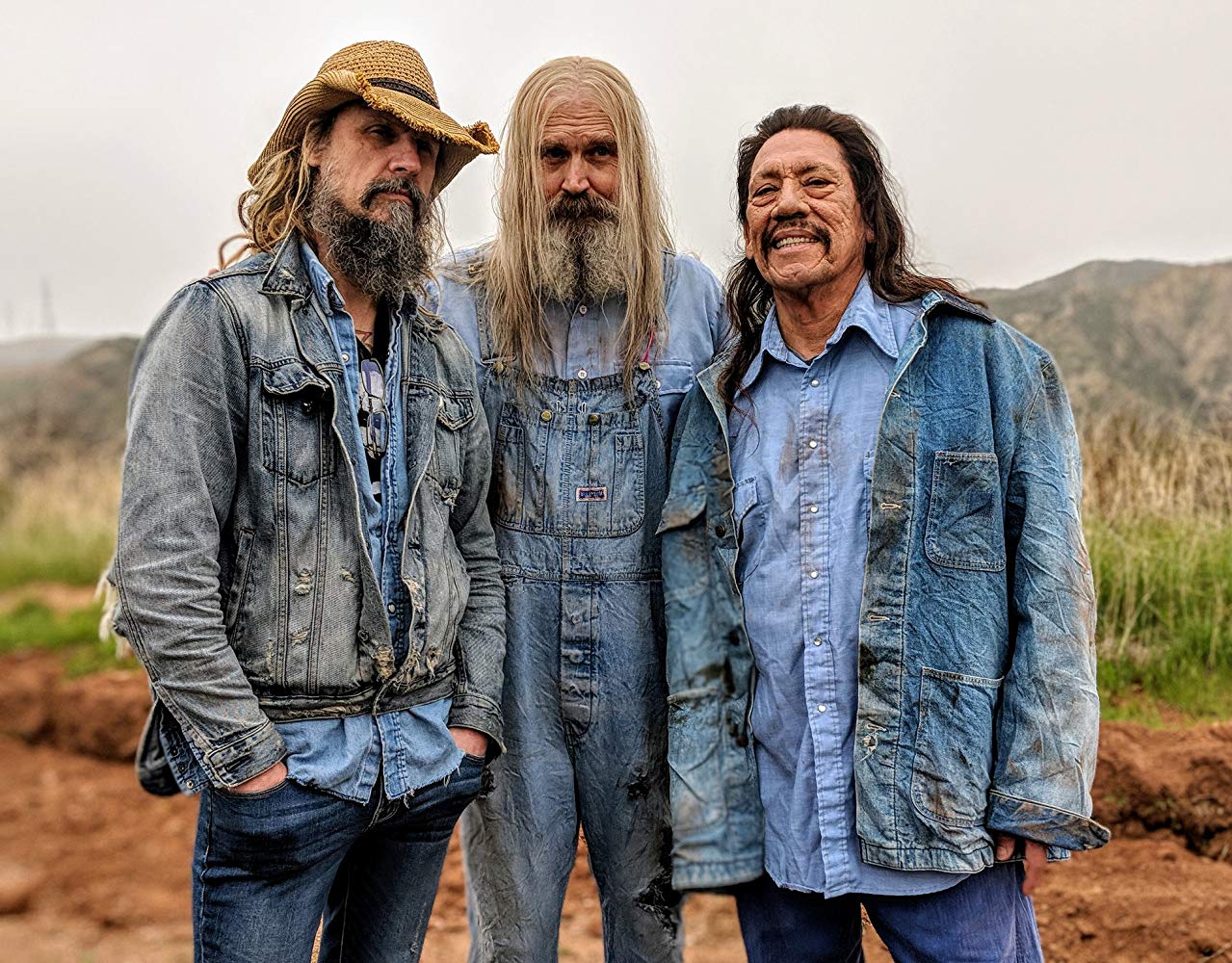 Rob was a pleasure to speak with! I’m keeping my fingers crossed for this “Friday the 13th” thing! (Kidding) Come on, Rob! Make it happen!

“3 FROM HELL” stars Bill Moseley as “Otis B. Driftwood”, Sheri Moon Zombie as “Baby Firefly”, Richard Brake as “Winslow Foxworth Coltrane” and Sid Haig as “Captain Spaulding!” Plus a ton of awesome cameos! Check out the full cast and crew here! “3 FROM HELL” comes out Sept. 16th, 17th and 18th in select theatres! A home release is expected in time for Halloween!

That’s all for now folks! Thanks for reading! Comment below and until next time, keep on geekin’ on, my friends!