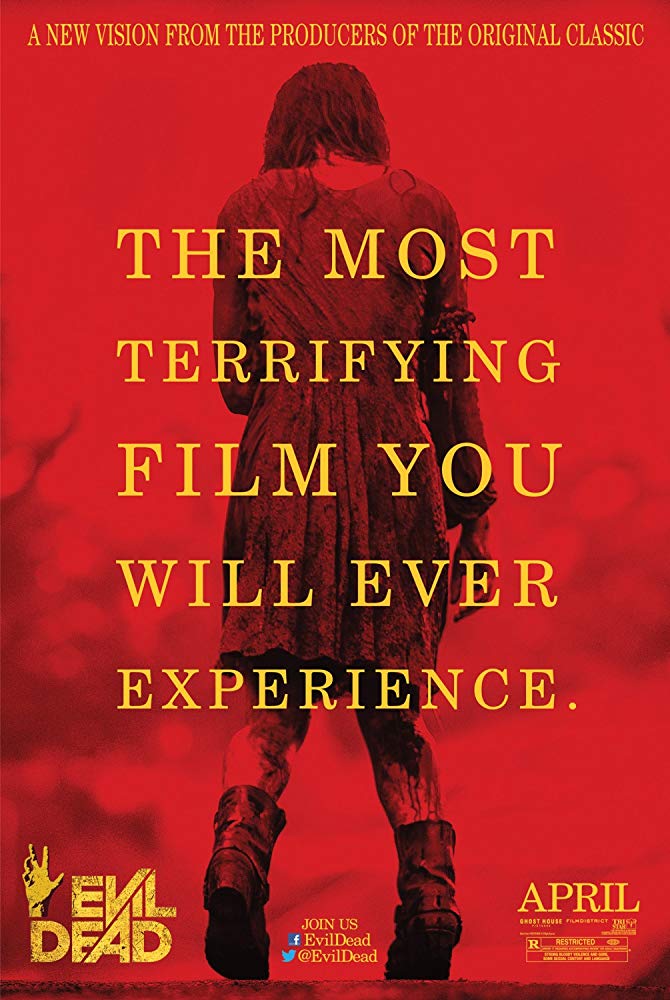 Hey there, fellow horror geeks and monsterphiles! Prometheus here to talk EVIL DEAD! I’ve been a huge fan of the series since I was a kid and to this day, it’s still one of my favorites! With all the talk of a new EVIL DEADfilm on the horizon, and Bruce Campbell blatantly claiming time and time again that he will not be in it, I started to think there might be another option, moving forward.

Back in 2013, before Fede Alverez’s EVIL DEAD reboot hit theatres, I was a bit skeptical. Like most Evil Dead fans, I love Bruce Campbell as Ashley Williams. The ultimate anti-hero, the man with no plan and a boomstick, Ash will forever be the face of EVIL DEAD to us.

I’m also not a huge fan of remakes and or reboots. While if done right, a remake can bring a beloved story to a new generation, it can also just as easily tarnish it. (Here’s looking at you A Nightmare on Elm St, 2010…)

I was concerned that the reboot (not a remake) would fail to capture the spirit of the original or try too hard to create another Ash Williams and land in Cheese Town, you know, just outside of Camp City. Of course, my butt was still planted in a seat in the theatre the day it came out. I’m a horror geek, always have been.

I’ve said this many times since that day onward. The EVIL DEAD 2013 is quite possibly the best horror film I’ve seen in the last decade. A bold statement, I know.

Evil Dead 2013 wasn’t afraid to do what the original film did back in 1981. Scare the hell out of people by pushing the limits. It pulled absolutely no punches when it came to brutality, gore, and scenes that just downright make you uncomfortable. By doing that, the film managed to capture the essence of the Evil Dead, without copying it entirely. You see, what made the EVIL DEAD scary, and disturbing was never the Deadites. It was the thought of having to kill and mutilate your Deadite-infested friends.

As a reboot, the film tells a brand-new story. This isn’t Ash all over again, played by a new actor. (Thankfully.) Instead, the backbone of the EVIL DEAD 2013 is an absolute powerhouse performance by Jane Levy as Mia. A young woman trying to escape the throes of drug addiction.

She’s brought to a cabin in the woods (the same cabin from the original film universe) by her brother and friends to help her kick the habit. Things, of course, go south when Mia tries to escape and is, in turn, possessed. She returns acting strange and obviously, her friends think she is going through withdrawals. This is a genius inclusion to the story and one that many people can relate to.

Mia’s slow transformation into a manic demon is completely terrifying. If you haven’t seen it, or if it’s been a while since your last viewing, check it out! Jane Levy completely nails it! I was watching the film, enthralled by her performance thinking, damn, they’re going to kill her off and Shiloh Fernandez (Mia’s brother David) is going to be our new Ash. Do I need a spoiler alert for a seven-year-old movie? Because spoiler alert, that doesn’t happen!

No, Mia is the anti-hero here. She’s the one to fight the Other and she even gets her own chainsaw arm to do it! (After brutally tearing her own arm off to escape from under a car… Can someone say, total badass?)

Don’t get me wrong, Shiloh Fernandez did a fine job. I just couldn’t see him carrying the franchise on his back. One thing became clear to me by the end of the movie, though. Jane Levy absolutely could. 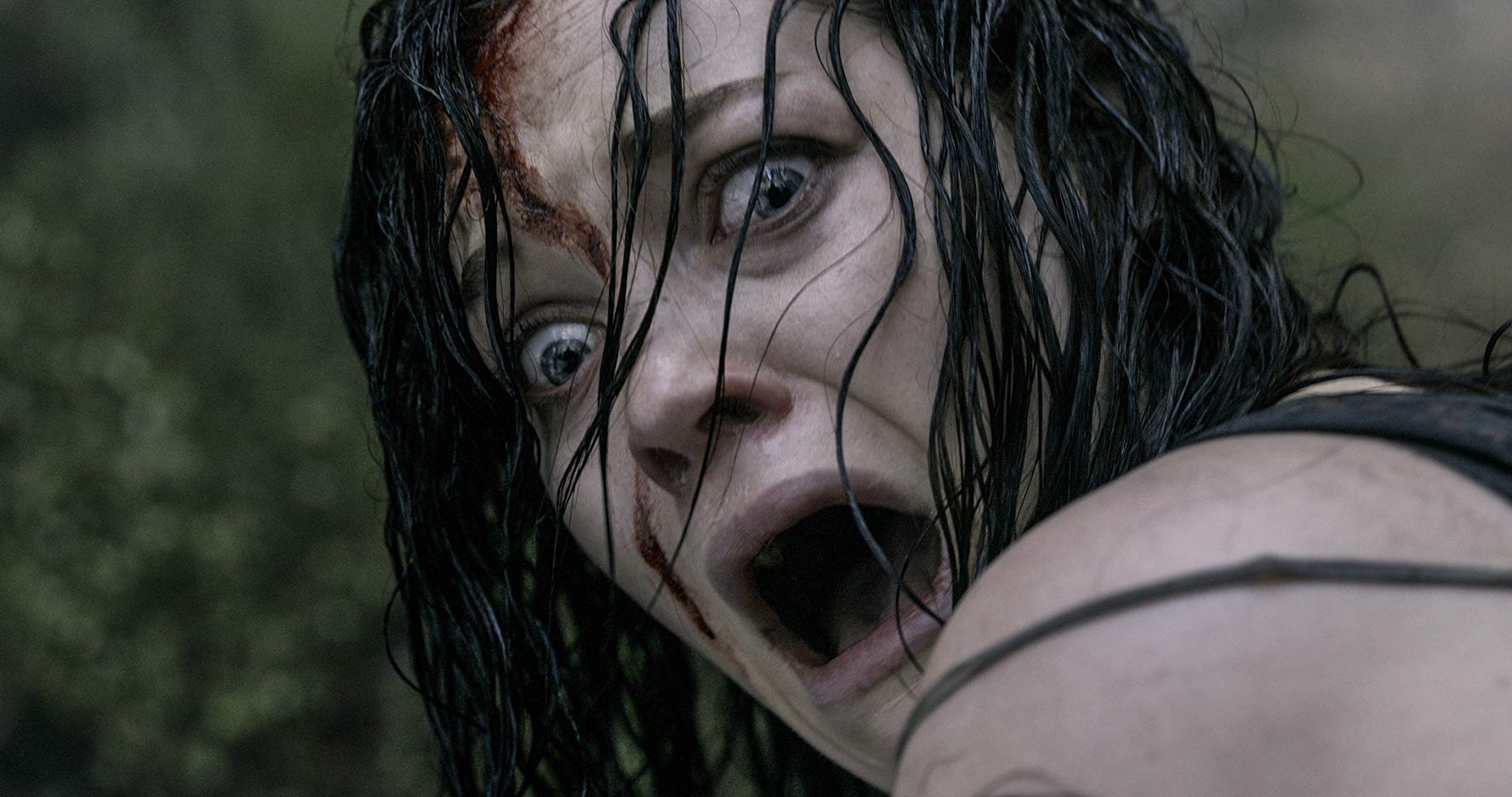 The film left plenty of room at the end for a sequel, and after her performance, plus the confirmation of a new EVIL DEAD on the way I ask, who better to pass the torch to? As much as I want to see Bruce return, he’s openly said he’s done playing Ash but will be a producer in the next film. The original plan was to tie the original and the reboot together with a new film, hence Ash’s cameo in the end credit scene. So, why not do it now?

I say if Bruce is done, let Jane Levy’s Mia be our “new Ash!” Mia’s story isn’t over! Allow her to be the badass she’s destined to be! One can only hope, but for now, all that’s been confirmed is that a new Evil EVIL DEAD is happening, Bruce will be producing along with Sam Raimi, with an unannounced director, but will not be in the film. I’ll be watching out for any further news! 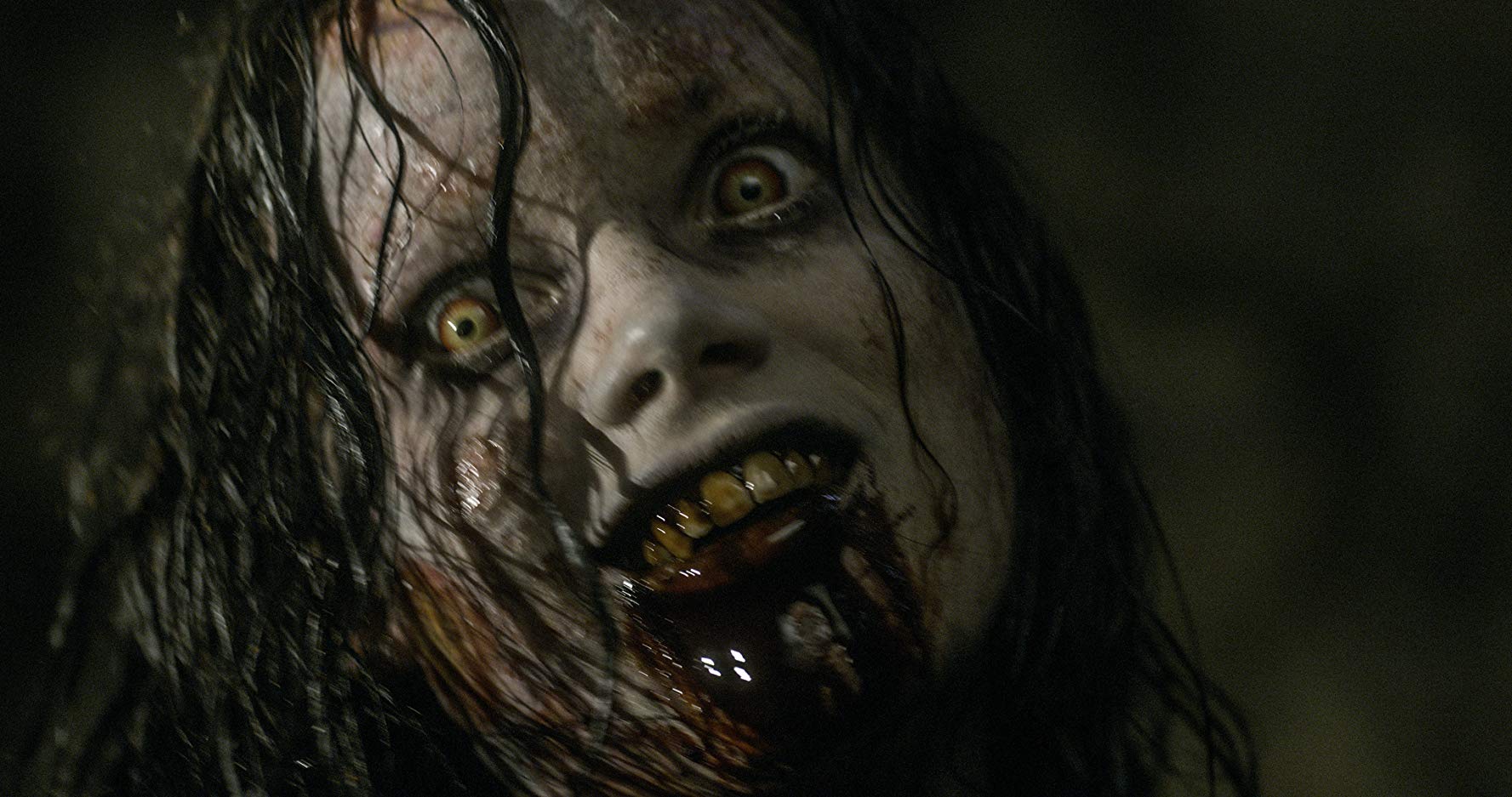 What do you think out there, fellow horror geeks? Does Evil Dead 2013 deserve a sequel and did Jane Levy kill it, or what? Who you would like to see cast in the new film? Talk to me in the comments as always. Until next time, keep on geekin’ on, my friends!