KATIE STEVENS Chats With Prometheus About HAUNT!!! (Out Now in Select Theaters!) 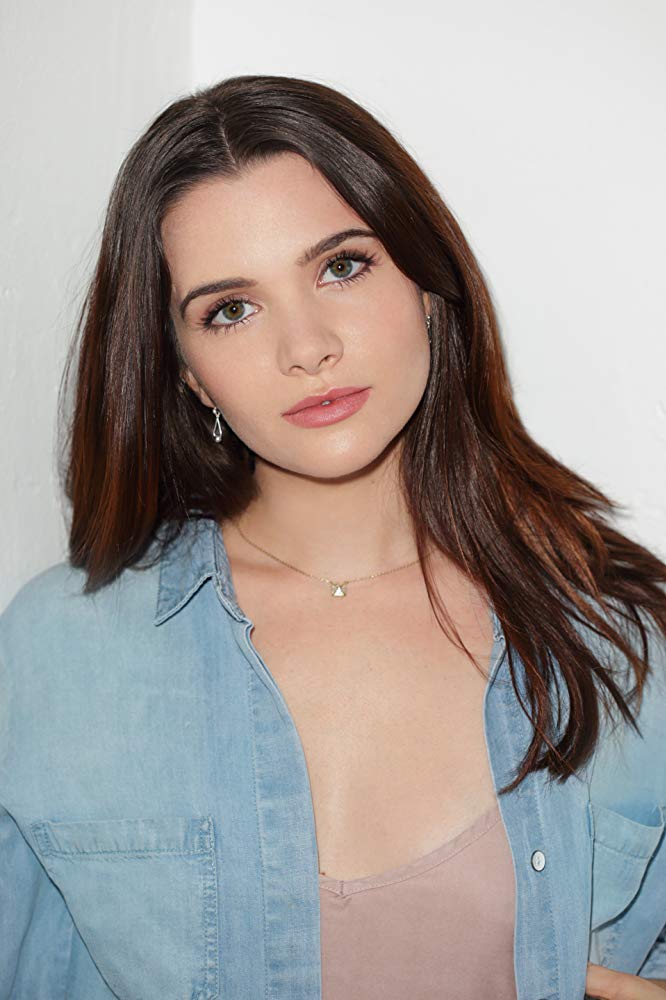 “HAUNT” is a new horror film that was written and directed by Scott Beck and Bryan Woods (“A Quiet Place”). It’s out now and stars Katie Stevens, Will Brittain, and Lauryn Alisa McClain. See the full cast and crew here!

I enjoyed this film. It was a fun, “snuggle up and turn the lights off” type of movie! If you enjoy horror, be sure to check it out! Don’t expect to be blown away, but definitely expect to be entertained! See the synopsis and official trailer below! 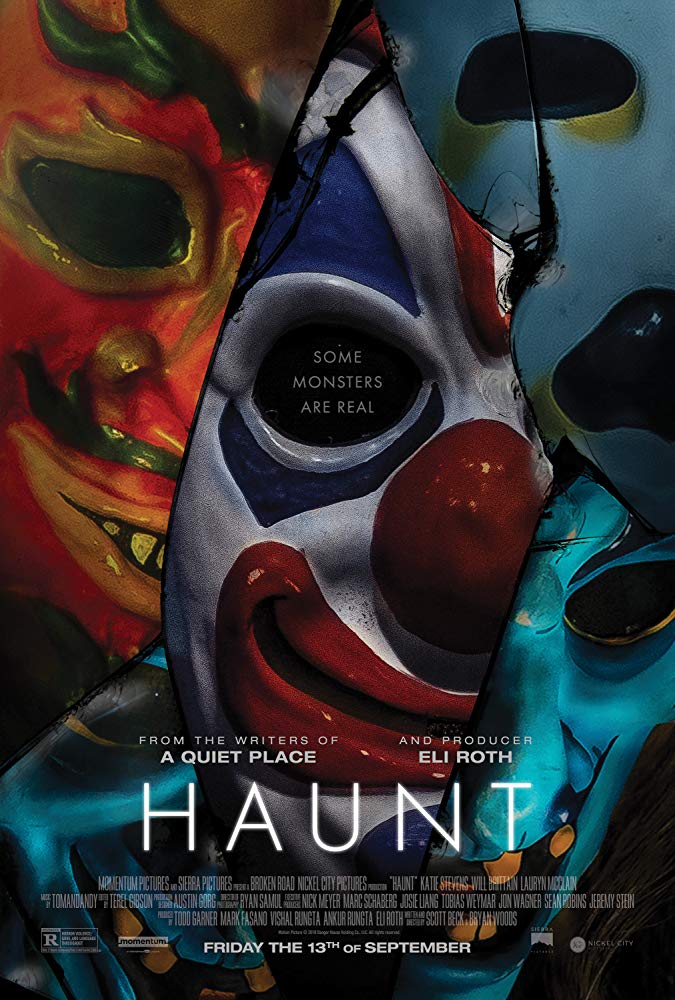 “On Halloween, a group of friends encounter an "extreme" haunted house that promises to feed on their darkest fears. The night turns deadly as they come to the horrifying realization that some nightmares are real.”

Katie Stevens (The Bold Type, Faking It) does an awesome job as “Harper”. I was curious to see how she would handle a role like this, and she was great! The film really shows off her diversity as an actress! I had a chance to chat with Katie recently! We discussed “HAUNT”, her love of music and how it relates to film, plus so much more! Check out our spoiler-free conversation below! 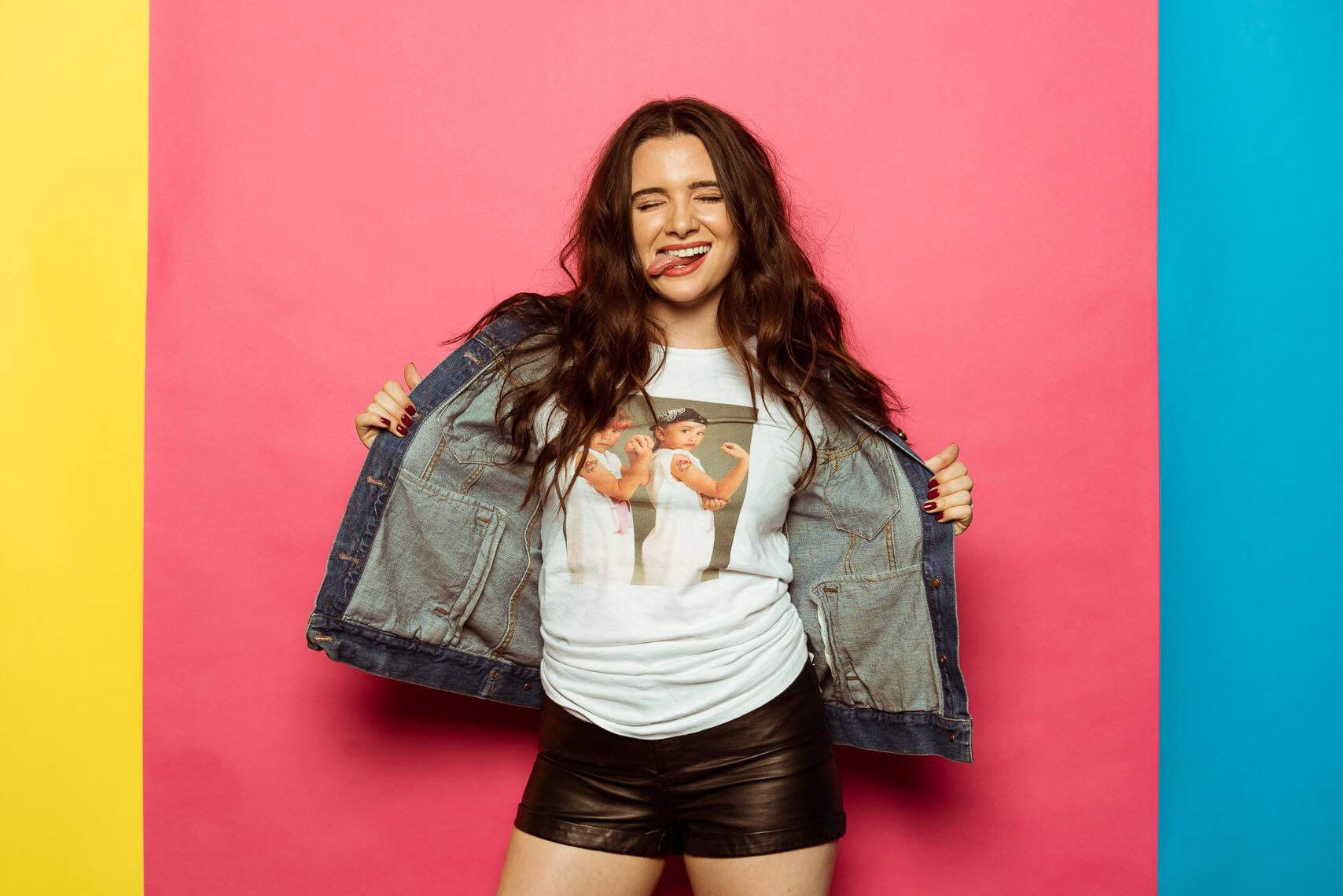 JS: Hi Katie! How are you doing?

JS: It’s awesome to get a chance to talk to you.

JS: You have a movie “HAUNT” that’s out now?

JS: It was written by Scott Beck and Bryan Woods?

JS: You did a great job. It’s very different from your last few roles. How did you prepare for it?

KS: Scott and Bryan were really great in terms of giving me material to watch and look and kind of gave me the freedom to make Harper the way I envisioned her. They were very collaborative in that process. I think that as an actor you always want to play roles that are different from who you are and different from what you’ve done and I feel like I’ve tackled the girl next door, I’ve tackled the bitchy high school girl, I’ve tackled the neurotic businesswoman, so it was nice to play somebody so polar opposite from all of those. Some more secluded, introverted outcast who doesn’t really fit in and it's cool because I think I even typecast myself sometimes, like “oh, I could never do that.” It was really nice to be given this challenge and to have people say that they believe that I could do it and supported me through that whole process. It was really awesome. I’m really thrilled that I got that opportunity.

JS: You’re welcome. What can you tell me about the film, without spoiling too much?

KS: Everybody has seen “A Quiet Place.” We actually filmed this before “A Quiet Place” even came out but there was so much hype just about that script and John Krasinski (A Quiet Place) being a part of it. So, I was very excited my reps were like “these guys that are doing this movie (HAUNT) are doing this movie “A Quiet Place” that’s coming out and it’s supposed to be incredible.” Then when I met Scott (Beck) and Bryan (Woods) just their love for the horror genre and how to make it different and unique and create new ideas was so infectious. I really loved that in the script they didn’t do the typical, you know, a lot of horror films fall into the trope of a lot of gore and not a lot of story. I think that they kind of melded the two and made you care about these characters. That’s something that I really loved about the Harper character is you see into her past and you see into where she is in her present, and that’s kind of what creates her future for her and makes her make a decision of “Am I gonna stay a victim in my life or am I gonna fight for myself and be stronger and come out of this alive.”

JS:  Are you a personal fan of the horror genre?

KS: If I’m being honest, I’m a scaredey cat.

KS: I would watch horror movies but I wasn’t thoroughly enjoying myself. Like, I would leave, and I would be like “Ooh, it was fun. I didn’t enjoy it while it was happening but that was fun!”

KS: Now, having done two horror films and seeing everything that goes behind it, I’m more so fascinated by horror and the makeup and the artistry, cause there is so much that goes into a horror movie that you don’t really realize. I think that you’re just so focused on the scares and what’s going to pop out at me and all of that. But it’s also fascinating to be a person who filmed it and then when you watch it back you realize how much the music effects it and how much the editing effects it and being a person that has to also show my fear so that I’m feeding into the audience's fear was a really interesting process.

JS: You get to see the other dimensions of it.

JS: So, you do a lot more than act. You sing, you’re a song writer, you play the piano and the cello?

JS: I mean, that’s pretty cool. I can’t play any of those things! (laughing)

KS: I’m definitely musical! I haven’t played the cello since I was probably 14, so it’s been a while. I don’t know that I could just pick it up and play a song for you. My fiancé is the lead guitar player of a band called “Boys Like Girls”. He’s also an incredible songwriter and producer so music is a massive part of my life. Hopefully one day, I’ll get to tackle something different like a movie that has musical elements or Broadway. I love music. I think the fact that I'm musical has helped me in navigating the acting world and navigating a film and even watching a film and hopefully, one day getting into directing and producing - I think it’s important to see how music effects acting and effects a film in its final stages. I think it’s nice to have that meld of the two worlds.

JS: One thing I wanted to make sure I got to ask you about is the Gagnon Memorial Scholarship Fund. Can you tell me about that?

KS: That was something I did in high school. When I was in high school my Spanish teacher was actually a really good family friend and tragically her two-year-old son passed away. So, in honor of her son I created a scholarship fund that raised like eighty thousand dollars and gave money to kids who emulated goodness, kindness and warmth and kids who needed help that came out of my high school. It gave them the opportunity to have some sort of a scholarship leading into college. They actually gave away their last scholarship last year so, now that scholarship is done with, but it was really awesome. I did that before I was anybody. I do really enjoy helping people and getting involved with different organizations. I’m involved with the Alzheimer’s association now because my grandmother passed away from Alzheimer’s. I think it’s our job as humans to do good in the world, but I think that also when you have a platform it’s even more important to use your voice for good. So, that’s what I try to do.

JS: That’s awesome. As you said, you didn’t have a platform yet. To me, it speaks to who you are as a person. That’s really cool that you did that.

KS: Thank you, I appreciate that.

JS: I do have one final question for you, Katie. If you could sum up Haunt in one sentence, what would it be?

KS: Haunt is your worst nightmare going into a haunted house, come true!

JS: Perfect. I love it! Katie, it was a pleasure. Thank you so much for your time, I appreciate it!

KS: Thank you so much. Have a great day!

“HAUNT” is out now on VOD, most streaming services, and in select theatres! 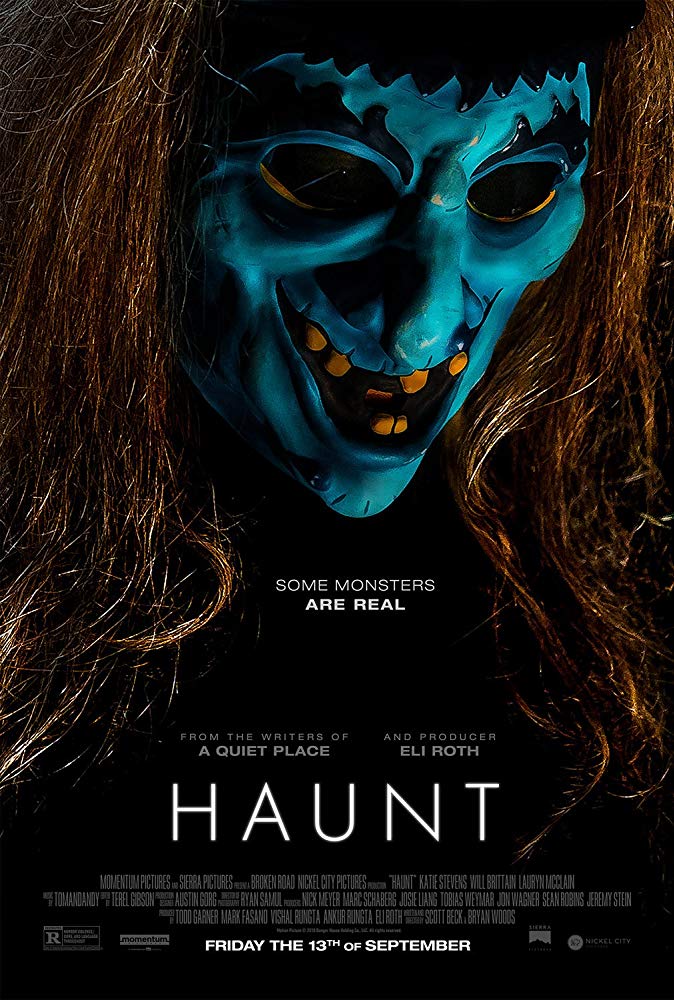 Katie was super cool, and she did an awesome job in the film! It’s worth a watch for her performance alone, but that’s not the only reason! It’s fun, quickly-paced and has no problem getting your adrenaline going! Perfect popcorn fare! That’s it for now! Comment below and if you’ve seen “HAUNT”, let me know your thoughts! Until next time, keep on geekin’ on, my friends!