Hey guys, Prometheus here! Do you remember Witchblade, the TV movie from back in 2000? Or the subsequent series it spawned from 2001-2002? 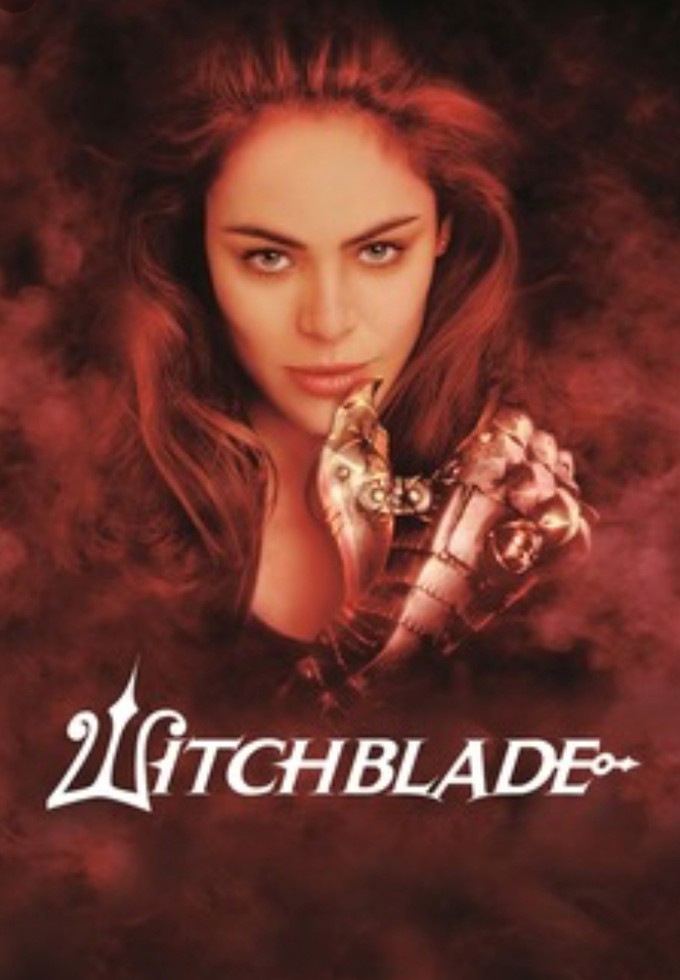 Well, recently I had the pleasure of chatting with two of the former stars, Yancy Butler and David Chokachi. They have a new film coming out together, EMERALD RUN! Check out the full cast and crew here! The official synopsis, trailer, along with our awesome convo can be found below! 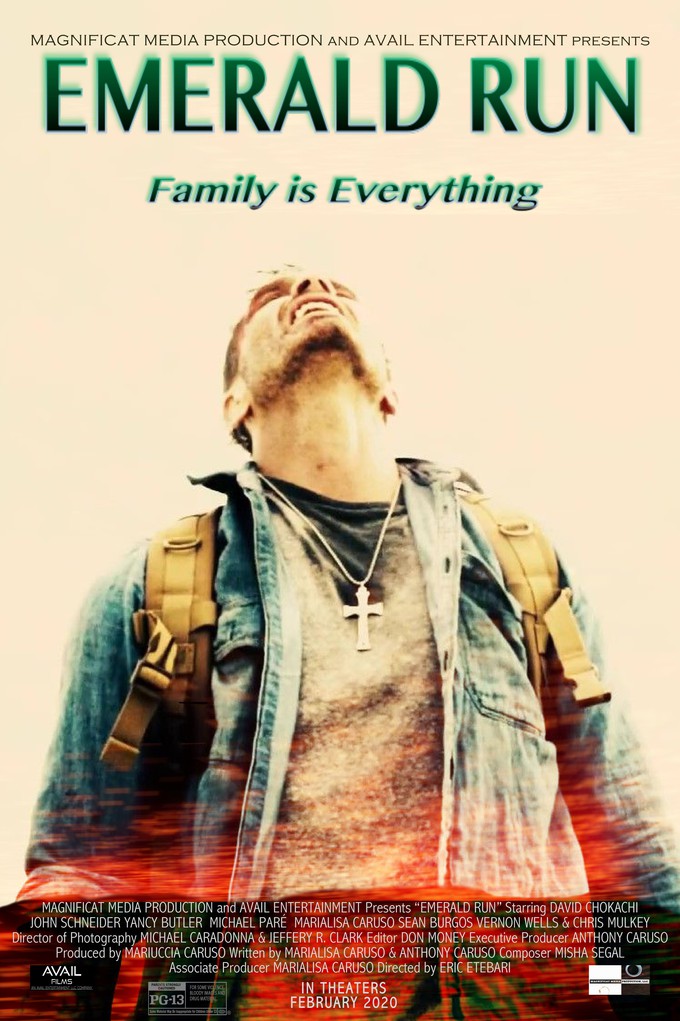 “A Desperate man gets involved in a risky plan to smuggle emeralds across the Mexican border in order to save his daughter's life. When the deal goes awry and he is left for dead.”

JS: Hi guys! Thanks for the call! I wanted to talk to you guys about your movie coming out, EMERALD RUN. It’s being released on over a hundred screens February 21st. Are you guys excited?

DC: Yeah! I think Yancy can attest to this too, to get a movie to theatres these days is like climbing (Mt.) Everest with one leg.

YB: Yeah, I’m personally surprised. I didn’t know that it was going to be released in the theatres and it’s very exciting. David is amazing in it! I actually saw a copy of it just last night and I’m blown away! I’m really impressed with your performance honey.

YB: You’re welcome! I really was. You did amazing.

DC: It’s cool, I think all of us pulled off kind of a… I don’t know if you know the story of how this thing started, Josh, do you?

JS: I heard there’s a story, I was going to ask for some background. What can you tell me?

DC: Basically independent film making on steroids, is what happened. (Laughing.) We started this movie in December 2016. It was one of the things where we shot a little more than half the movie out in the desert and then due to some… crazy crew members the movie was shut down for about a year. I basically lobbied the investor, Anthony Caruso. I was like man, we have half the film why don’t we finish it? He was like alright, go for it! Let’s do it! I hired my good friend Eric Etebari. Yancy, Eric and I were all on Witchblade together back in the day, so we go back like 20 years. We finally gorilla film made the second half of the movie and pieced it together. Eric and I called in Yancy as a favor, and Eric had a relationship with Chris Mulkey and Michael Paré. It was just a bunch of people that all came on board based on a meeting and dinner one night. Vernon Wells was another one. Steven Williams. It’s quite the eclectic cast, for sure.

JS: I wanted to ask… it’s been what? Twenty years since you guys did Witchblade?

YB: Let me find out, that it’s been twenty years since we did Witchblade, David…

JS: (Laughing) You guys have remained friends. What started the friendship? Was it Witchblade?

DC: Yeah! We all bonded over that show immensely. We were on location in Toronto, so you had no one else to really hang out with except your castmates. We bonded and had a great time making that thing!

YB: Yeah, we became like a little family unto itself.

JS: What made you guys decide to do EMERALD RUN? Was there anything specific that had you like, yeah, I want to do this film?

DC: For me, I saw the breakdown and it was basically a single father who works construction and liked to go surfing.

DC: Aside from the single parent, that was me. Although, I basically raised my daughter myself because my wife worked so much. (Laughing.) I have a construction background; I still have all kinds of tools and I surf. The story was cool. It’s a guy, his life has completely turned on him and feels cornered and he has zero faith in the beginning.

JS: Yancy, what brought you in?

YB: Well, besides David and Eric who I love with all my heart, here was a story about a man and he has this internal journey about faith and his family. I really liked the arc of the story in terms of what this man was willing to do for his family and this internal questioning of his faith. I think that we’ve all felt that at certain points in our lives, what we’re willing to do and what lines we’re willing to cross moralistically for the people we love. If we’re lucky we’ll get to explore that in our own lives. So besides David and Eric, I dug that the main character has this journey to go on.

JS: You mentioned Eric Etebari. He directed the film…

YB: Yeah, he did a phenomenal job.

JS: Now you guys are all friends too, right? Ever since the three of you worked on Witchblade?

DC: Yeah, he lives less than a mile away from me, so I see him all the time.

DC: Yeah, and he did a great job. He was basically given like, three days to shoot fifty percent of the movie. Eric is the only dude in this town that I know, besides probably Spielberg, that could pull that off.

JS: OK, so three friends working on the same film… there’s got to be some funny stories.

DC: (Laughing) You know, unfortunately, we had so much to do that the pressure was kind of on. It wasn’t like your typical movie. Even if it was fourteen days to shoot the second half of the movie, we would have more time to be a bit more leisurely about stuff and have a little more fun. It was more like let’s keep cranking and stay focused, and everybody did. Everybody was super professional.

YB: My car was in the shop and David had to give me a lift home, other than that I can’t really tell of any stories. I agree with David.

JS: David I see you’re from Plymouth, MA. I’m from MA as well. Do you ever come back out here?

DC: Oh yeah, a bunch. My mom still lives down in Plymouth and my sister and her kids are down there, so yeah! Where are you in MA?

JS: So, I’m from Waltham but I live in Lowell now.

DC: OK, I thought I detected the Massachusetts dialect there…. (Laughing.)

JS: (Laughing.) Yeah. Now, Yancy, I’ve been dying to ask you something. You worked with John Woo, Hard Target; what was that like?

YB: Oh my gosh, that was amazing. It was his first American film. I call him an amazing choreographer because he had six cameras rolling at once. He’s a visual genius, that guy. It was really fun. When he didn’t want to do something that the studio was trying to tell him to do, he would just pretend that he didn’t understand English. It was great. Wonderful man.

JS: Now, I have to circle back here… David you mentioned the film (EMERALD RUN) paused because of crazy crew?

DC: Well, a crazy director. Let’s put it that way.

JS: Can you elaborate?

DC: I mean, the guy was a complete fraud. He was a horrible person, horrible director, and he basically ran off with the hard drives for about a year.

DC: And disappeared into the mountains where he lives. It was awful, we’ll put it that way.

JS: Well hey, it got made! Is there anything else that you guys want to say about the film?

YB: Yeah, it’s fantastic and everybody should see it!

JS: Of course. I really appreciate the call guys. Thanks so much for taking the time, it’s been a pleasure.

DC: Right on man, right on.

YB: Josh, thank you very much. 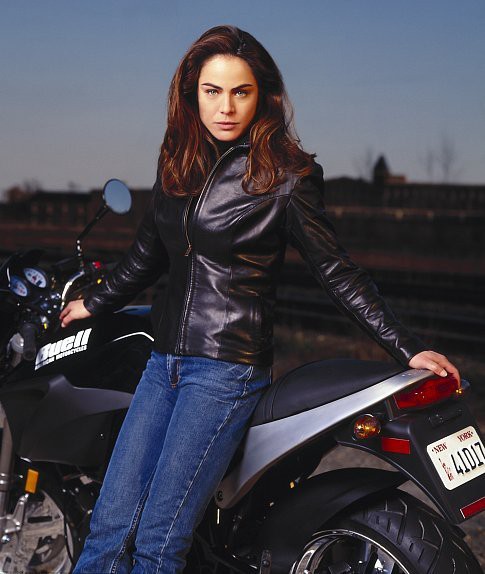 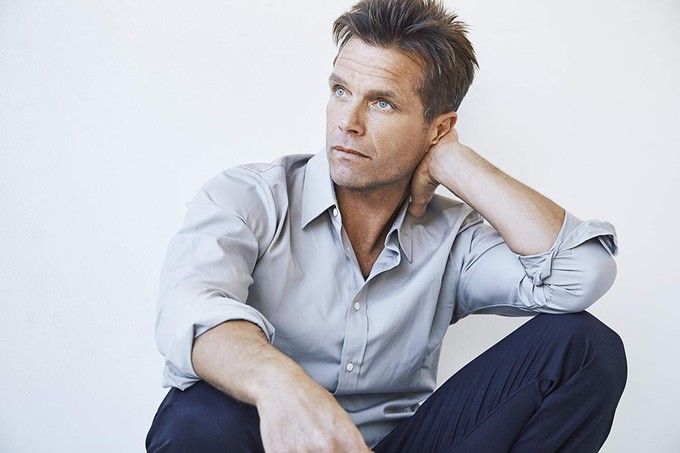 Be on the lookout for EMERALD RUN! It hits theatres February 21st! That’s all for now folks! Until next time, keep on geekin’ on, my friends!