Check Out The New Poster and Clip From Adventure/Fantasy IKÉ BOYS! 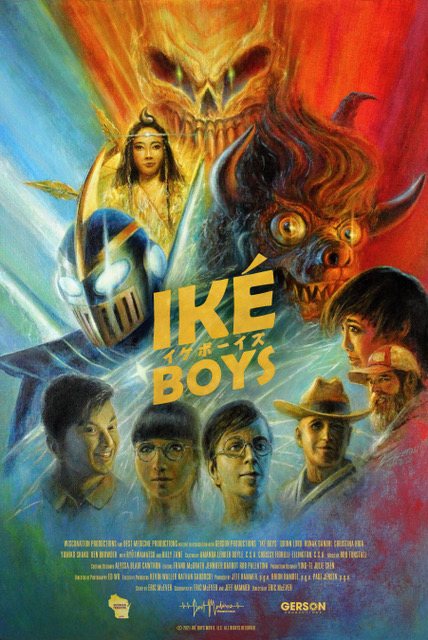 You guys, this looks like a fun one! Director Erik McEvers makes his feature directorial debut with the fantasy/adventure IKÉ BOYS, a coming of age film by way of a kaiju/mecha battle saga. Yes, you read that right. McEver co-wrote the love letter to anime and Oklahoma with fellow scribe Jeff Hammer.

In IKE BOYS, “best friends Shawn Gunderson and Vikram 'Vik' Kapoor escape from the drudgery of high school life in Oklahoma through their obsession with all things Japanese. When a mysterious anime film transforms them into its superhuman characters, they at first think that their wildest fantasies have come true. But when ancient monsters threaten to unleash the apocalypse on New Year’s Eve of 1999, Shawn and Vik must look to each other to become the heroes they were always meant to be. Joining their adventure is Miki, a Japanese exchange student whose determination to go on a Native American vision quest puts her on a collision course with both Shawn and Vik and their foes...and whose destiny may determine the fate of the world.”

Check out the latest clip from IKE BOYS!

IKE BOYS will celebrate its U.S. Premiere on Sunday, September 26 at Fantastic Fest.