PLANE Takes Barbarella on an Occasionally Bumpy but Fun Adventure

Hey friends. Barbarella here. When a plane crashes on a separatist-run island in the Philippines, captain Brodie Torrance (Gerard Butler) tries to ensure the safety of its crew and passengers, including a man being extradited for murder (Mike Colter). This is the premise of Plane, which flies into theaters January 13, 2023. The title feels a bit like a misnomer, as the film isn’t really about the plane. It’s like calling Jaws “Amity Island.” Sure, it’s involved quite a lot in the film, but it’s certainly not the story’s focal point.

Plane offers way more fun and excitement than a movie with that title has a right to. Is it a perfect film? No, but who really cares that the pilot and copilot only put on their seatbelts when they encounter turbulence? Does it really matter that you could find flaws throughout if you really wanted to? No, it doesn’t because we get Gerard Butler and Mike Colter together in an action movie, and that’s worth the price of admission right there. That’s not the only thing it has going for it. I enjoy so much about this flick, from some hilariously potent firepower to the comedically clever Scarsdale, played optimally by Tony Goldwyn. Let me break down some of what I love here. 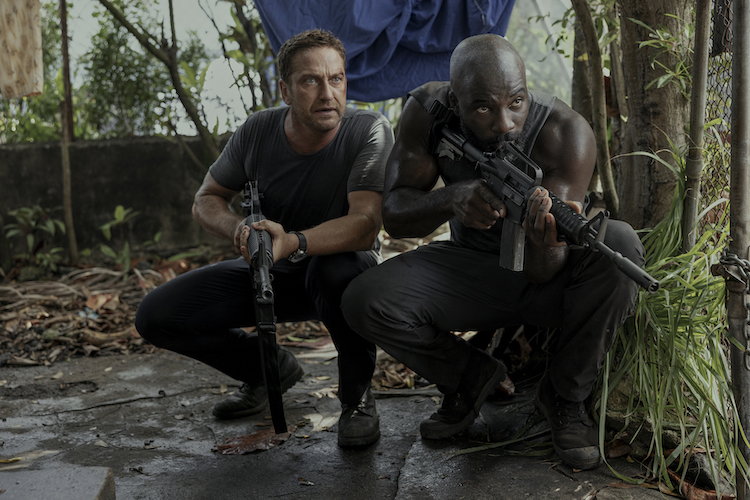 For starters, the set-up moves quickly. We get introduced to Torrence in a fast-paced manner as he multitasks on his way to the plane. We soon meet his copilot (Yosan An) and get the low down on both the captain and his cohort’s family situation without spending a ton of time on it. While I appreciate the efficiency of this, I also wish movies would start showing a person’s value to the world through relationships outside of family. Love comes in a variety of forms, like close friendships, mentor/mentee relationships, sports teams, fan bases, and community groups. Why can’t someone other than a child or spouse be utilized to demonstrate how loved and valuable a person is? With all the talk about representation in cinema, there’s a huge lack of single, childless people whose lives are depicted as irreplaceable. That said, one current film, A Man Called Otto, beautifully demonstrates the impact we all could have just through our interactions with others. (Bring a box of tissue if you see it in a theater.) Right. Back to the topic at hand. 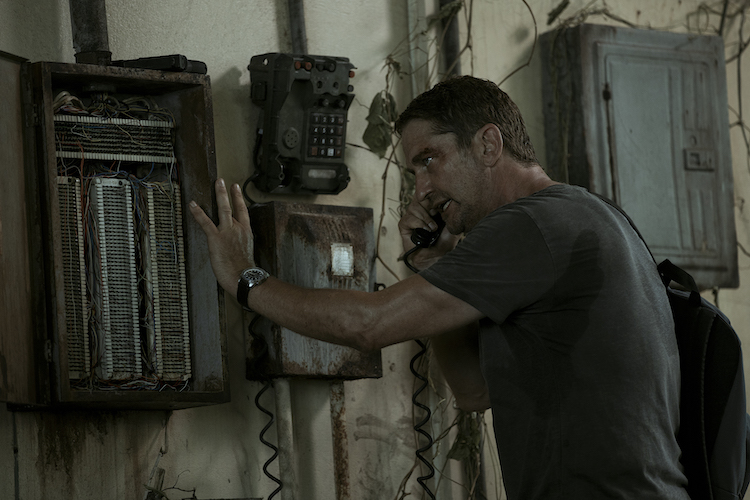 Another aspect of Plane I appreciate deals with how the humor entwines throughout the film. Often comic relief in action movies emerges through silly or witty comments that characters make during precarious situations. I find this frequently incredulous, because while different people handle stress differently, I believe a vast majority of people in similar predicaments would be too terrified, stressed, or overwhelmed to utter anything, much less something witty and hilarious. While I don’t hate these moments – they often do make me laugh –they’re done too frequently, and I just don’t buy that people would say those things in those situations. Writers Charles Cumming and J.P. Davis insert humor into Plane more logically. No-nonsense Scarsdale provides one of the best comedic moments in a scene that proves legitimately believable, which makes him a favorite among the mostly likable characters.

Speaking of likable characters, Gerard Butler heads the cast as pilot Brodie, and I just genuinely like him and his movies. He seems to always be in something fun and entertaining, albeit sometimes underrated films like Hunter Killer, which found its way into my top five submarine films because the in-the-sub footage looked amazing, plus it was a fun film. (Comedy Down Periscope is another often overlooked and underappreciated submarine movie that I love.)

As if Gerard Butler weren’t enough, Mike Colter tackles a role that intrigues me. Through his character, I feel like the movie makes a statement about how people’s nature informs their choices, and I relish his character’s course. In fact, I appreciate many aspects of many characters. While I expect certain actions from certain individuals, things don't always play out as I had anticipated, heightening my appreciation of the film. 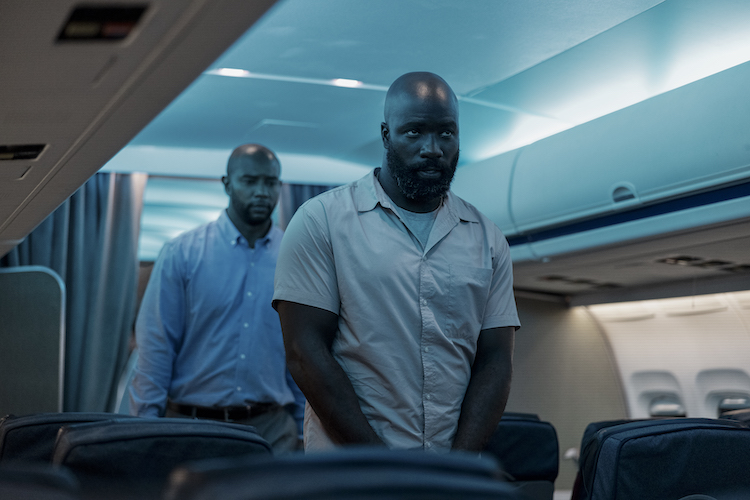 While I love these things, Plane has its flaws, and if you’re a person who loves to tear things down, you’ll find some opportunities here, mostly on board the plane. I question minor elements and airline procedures presented, but not enough to lessen my enjoyment. In fact, I leave the theater satiated and with a smile on my face. All in all, Plane takes viewers on a fun, occasionally bumpy, adventure. Plane lands in theaters this Friday.