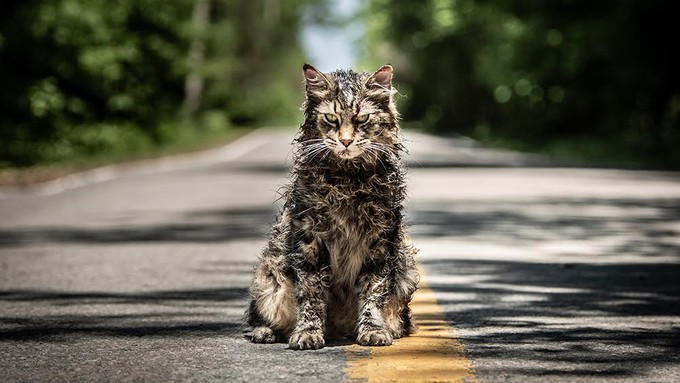 Not even two months had passed after Andy Muschietti’s IT opened to gargantuan business that Paramount Pictures announced it had just greenlit a new iteration of Pet Sematary, one of the greatest, most iconic works from the newly rediscovered master Stephen King. My reaction was one of unabashed optimism: if any lesson was to be learned from Pennywise’s astonishing and definitive arrival to our collective pop culture-savvy consciousness, it seemed obvious to me, was the simple fact that a respectful adherence to the source material equaled money in the bank. Now, writing these lines approximately one year and a half and after finally having watched screenwriters Matt Greenberg, Jeff Buhler and directors Kevin Kolsch and Dennis Widmyer’s horrendous adaptation, I can´t but wonder: was any lesson whatsoever learned? 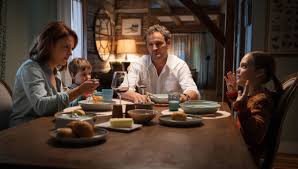 And, did it really take two directors to offer this?

Granted, if taken wholly out of context, as a horror story to be seen for the very first time by a young generation of moviegoers (and non-readers), the movie doesn´t do (or stop doing) anything that a myriad other quite satisfying scary movies don´t do themselves either. It is peppered throughout with a steady bombardment of jumpscares. The film drowns as many scenes as possible not only in “blue” darkness but also in some of the worst smoke-machine-generated “fog” I remember ever seeing in genre cinema (so much so that for one delusional instant I wondered if it was, indeed, a callback to Mary Lambert’s own sequel and its b-movie horror queen’s oeuvre) and it relies heavily on by now standard evil little girl imagery. I confess that if I were amongst that younger demographic quadrant, blissfully ignorant of King’s masterpiece- and, even, his and Lambert’s way more efficient original version- I would have probably exhibited a way more lenient attitude towards it but, alas. 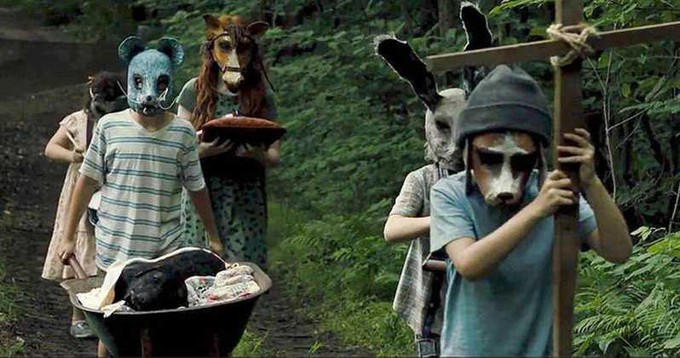 Pet Sematary 2019 doesn´t understand- or, worse, care about- what made the original story- in either of its incarnations- not only scary but, in effect, definitive. Beyond its surface-level story of cursed ancient grounds and possessed corpses returned from the grave the real horror stems from something as simple as the loss of our loved ones, amplified to literally insane levels when that someone is a child, our child. Such notion of utter despair- such a feeling- is barely touched upon by Kolsh/Widmyer. Left by the wayside to focus instead on the over-the-top aftermath and on a misguided effort to build up dread by pulling the atmosphere further away from quotidian randomness. The film shoves down our collective eyeballs the most nonsensically hyperbolized spooky imagery- i.e. creepy kids who wandered off The Wicker Man’s set and ended up here, wearing animal masks during a funeral procession in honor of one of their pets while offering a hypnotic dirge with worn out drums.

It is brazenly stupid.

The casting of Jason Clarke as grieving father Louis Creed could very easily be blamed for this most basic disconnect, but his gently nuanced turn in Dawn of the Planet of the Apes already proved he can play outside the “intense villain” wheelhouse within which he seems to be perennially confined. The rest of the cast does their best, as well, at least with the material they are given; the issue stems in reality from the lack of interest both the screenplay and the direction bestow on placing the appropriate value on the characters they perform. Amy Seimetz’s Rachel comes off as little more than a traumatized plot device to account for hallucinatory scares, her potential for exacerbating and delineating the central theme of death and its sometimes resultant phobia totally squandered, and Obssa Ahmed’s Victor Pascow barely tries to shed some light- oblique as it might have been- on the supernatural occurrences, contenting himself with becoming simply clichéd spooky imagery. 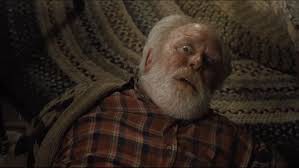 Most aggravatingly, John Lithgow’s Jud Crandall is nothing but a plot point, at once catalyst for and foreshadowing of the oncoming doom- indeed, integral for the part but hardly its entire purpose. His relationship with Louis (“...although he called this man a friend, as a grown man must do when he finds the man who should have been his father relatively late in life”) is absent and, with it, any hope for pathos.

Bearing the brunt of this failure- sadly and unfairly- is young Jeté Laurence as Ellie Creed who, in this version, is the kid who dies and eventually comes back.  Adapting something means, occasionally, changing it as well (The Shawshank Redemption and L.A. Confidential being the first two examples to come to mind that resulted in film adaptations immensely superior to their respective source materials) but changing for the sake of change alone- or, worse, for thoroughly misguided reasons- is, plain and simple, a mistake. I myself can´t think of any valid rationale that would validate this instance other than the obvious “upgrade” in the fear factor resulting in switching from a menacing evil toddler to his evil older sister. Richard Newby, writing for The Hollywood Reporter (and, apparently, mouthing most of the twist’s defenders’ point of view), opined that “…Ellie’s loss doesn’t just hurt because it’s innocence lost, but because she was a fully developed character in a way that Gage could never be” and “…thus can manipulate those facets against Louis”. This would be a completely reasonable contribution if Ellie had, in fact, been a fully developed character. Being as it is, the choice actually backfires and turns a Child’s Play-like threat- admittedly prone to being lampooned if mishandled- into outright ridicule, sunk by a brave performance by Laurence that nonetheless is sabotaged by her directors into quasi-Friedberg/Seltzer territory. The decision to top it all off with an undead droopy-eyed look doesn´t help, either.

Is it scary, though?

I suppose that will depend on how much you end up caring about these characters. I didn´t care- at all- so I think I´ll be sticking with Miko Hughes instead.