Check Out an Exclusive Clip With Emma Roberts in PARADISE HILLS! 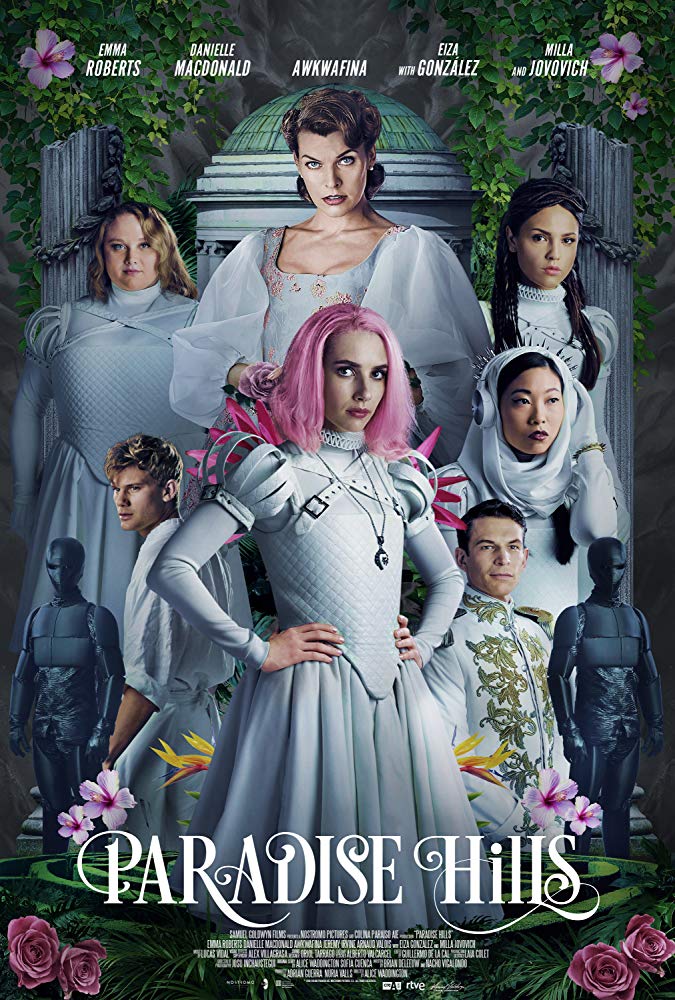 Samuel Goldwyn Films will be releasing the fantasy thriller PARADISE HILLS coming up later this month. Written by Nacho Vigalondo (TIME CRIMES, COLOSSAL) and Brian DeLeeuw (SOME KIND OF HATE, DANIEL ISN'T REAL), the film marks the directorial debut for Spanish fashion creative and photographer Alice Waddington. Here is the off-the-wall synopsis for the film:

On an isolated island, Uma (Emma Roberts) wakes up to find herself at Paradise Hills, a facility where high-class families send their daughters to become perfect versions of themselves. The facility is run by the mysterious Duchess (Milla Jovovich) where calibrated treatments including etiquette classes, vocal lessons, beauty treatments, gymnastics and restricted diets, revolve all physical and emotional shortcomings within two months. The outspoken Uma finds solace and friendship in other Paradise Hills residents -- Chloe (Danielle McDonald), Yu (Awkwafina) and Mexican popstar Amarna (Eiza Gonzalez). Uma soon realizes that lurking behind all this beauty is a sinister secret. It's a race against the clock as Uma and her friends try to escape Paradise Hills before it consumes them all.
Check out an exclusive clip from the film featuring Emma Roberts here!
I've been pretty curious about this one ever since its buzzy world premiere at Sundance back in January. You can also check out the official trailer below.
Staye tuned for my interview with some of the talent behind the film. PARADISE HILLS hits theaters on 10/25 with a digital and On Demand release to follow on 11/1.
Rebecca Elliott
aka Annette Kellerman