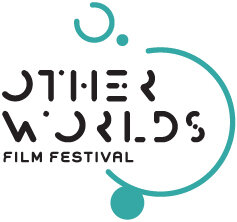 One of the things I love about film festivals is getting the opportunity to see projects on a big screen that otherwise might likely never be seen large and in charge. Few feature length movies these days ever see proper projection, much less little-known short films, so I always appreciate the Shorts Programs most festivals include. Thankfully at this year’s Other Worlds Films Festival right here in Austin, TX, I was able to catch one of their four short Programs titled Crossing Over To The Future with seven shorts all that feature futuristic or time travel themes. Here are my thoughts on each one!

SEE YOU ON THE OTHER SIDE 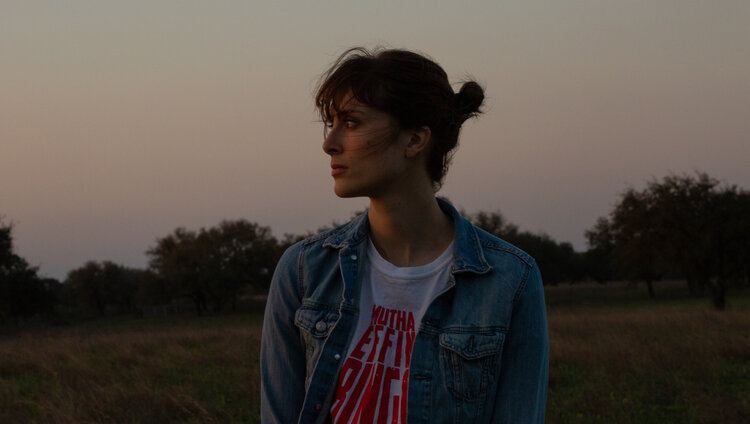 As alumni of Other Worlds Film Festival, the Summers Brothers have returned with another round of genre goodness with their short film SEE YOU ON THE OTHER SIDE. The story follows a woman who begins to question her place in time and space when she begins to experience inexplicable bizarre dreams and visions. A surprise visit by agents from a mysterious government department stokes her curiosity and confusion even more as she searches for answers.

The Summer Brothers pack a lot into the 11 minute running time. Mesmerizing imagery and an undulating electronic score help accentuate the overall ominous vibe of the high concept narrative. As with most films that challenge our concepts of linear time, SEE YOU ON THE OTHER SIDE is definitely a project that begs for multiple viewings. I love movies that make my brain hurt (in a good way), and the Summer Brothers certainly deliver with this latest mind bending effort. 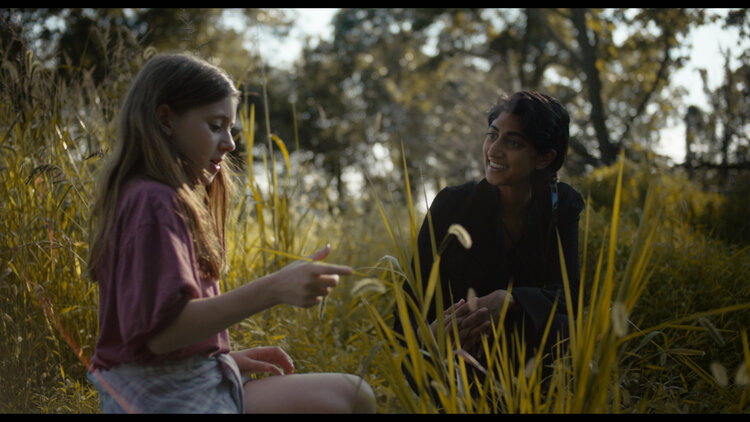 I adore films that create big, futuristic context with only a simple concept. In REGULATION, a social worker named Mia (GLOW’s Sunita Mani) calls on a family living the simple, rural life in a futuristic world where technology like self-driving cars and emotion-regulating transdermal patches are the norm. Though the family is resistant, Mia is there to ensure that Kaleigh, the young girl living in the home, applies her “happy patch” as recommended. The medical technology- now considered an inalienable right for all citizens- has eliminated depression and other psychological conditions by monitoring and modifying a person’s emotional state. As Mia tries to convince Kaleigh of the virtues of the patch, she is also questions the ethics of the program.

Director Ryan Patch does a great job juxtaposing high tech elements with the bucolic setting of the rural countryside. The combination is simple but wholly effective as the audience questions whether Mia’s intentions are genuine, simply complacent, or perhaps more sinister. Though I’m not entirely comfortable with a possible subliminal comparison to the anti-vaxxer movement (get your kids vaccinated for chrissakes!), I think that the debate for educated choice and free will is always a valuable one.  I’m still thinking about this one weeks later.
Check out REGULATION for yourself right here!

In today’s world where people already obsess over their “brand”, social media status, and the number of like, shares, subscribers they get, it isn’t too difficult to imagine a future where our livelihoods are defined by our online presence. In Taryn O’Neill’s LIVE a woman awakes battered and bruised. Though most viewers will likely jump to the most obvious initial conclusion, it is soon revealed that she has an online persona as an underground fight club brawler. As she goes about her morning routine tending to her sore body, she intermittently engages with her followers with commands like “screen”, “live”, and “cut” that activate the virtual computer interface that is embedded around her apartment. As she quickly transitions back and forth from her real demeanor to that of her alter ego, we learn that online entertainers feel pressure to up the ante in order to earn enough views to make a living.

O’Neill, who also stars, tells a clever tale of the lengths people will go to in order to stay relevant to people they don’t even know. LIVE was my favorite of the bunch. See for yourself right here! 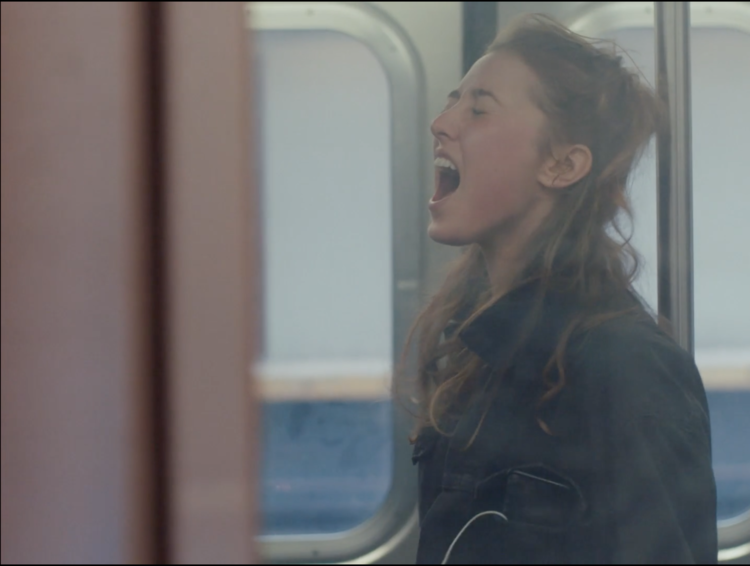 There’s nothing quite like the mix of sci fi and conspiracy theories, am I right? (Cue X Files theme...) In the short film BRAIN JAIL, director Carlton Ranney tells the story of a young woman, Diane, who has a brief flirtatious encounter on the train with a handsome stranger. They eventually find one another again through a Craigslist missed connection ad and meet up at a city park to see what happens. As they transition from small talk into more serious big world topics, an abrupt change of events has Diane questioning her very existence.

Though the premise and actual scenes unfolding onscreen are simple, Ranney’s hints at Diane’s existential crisis make for a completely unsettling and thought provoking experience. Subtle timeline references also nod at real-time implications for astute audiences as well. Such good stuff here- check it out! 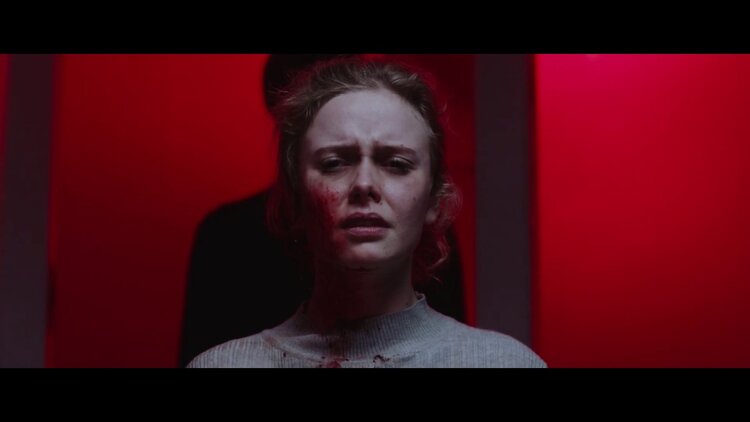 A mind control pathogen is being transmitted through the water supply and Joyce is obsessed with protecting herself and her loved ones from being infected with the virus. Before long though, her protective measure and self prescribed semi-quarantine has side effects she never anticipated.

Director Ludovica Musumeci has created a beautiful little mind fuck of a movie where the boundaries of reality become blurred beyond recognition. Additionally, the short film features some pretty fun gore that accentuates the overall foreboding feeling is the project.

AVA IN THE END

Another short film that begins with a woman waking up confused, AVA IN THE END finds the titular character in a sort of digital purgatory. When a person dies in Ava’s universe, their consciousness is uploaded to the virtual cloud instead of heaven’s fluffy clouds and pearly gates. In this cyber afterlife, a Siri/Alexa-like AI gives you the choice to pass on for good or choose a new body in which to live on back in the real world. In Ava’s case, however, there seems to be a glitch.
Director Ursula Ellis has created a super witty and visually brilliant 10 minutes where even computers don’t take lip from bratty, entitled 20-somethings. Even amid the shrewd bitchy back and forth between Ava and her digital companion, Ellis and writer Addison Herman manage to also pull off a touching and thought-provoking conclusion.
DISPEL

Perhaps the most ambitious of the group, DISPEL tells the story of a young girl, Lizzie, whose adoration of her sci fi hero Celeste Skygoode is her only escape from the harsh reality of life with an addict mother. When the real life collides with her fantasy world, Lizzie seizes a unique- and perhaps the last- opportunity to deliver her mom from the insipid grip of substance abuse.
Writer/director Kylie Eaton juxtaposes Lizzie’s bleak real-time life with elaborate sequences (including terrific costume design and a blockbuster worthy sweeping score) from Skygoode’s adventures culminating in a fanciful feel good 14 minutes. Follow the link below to check out Dispel!
https://youtu.be/ApI1xmxfZpE
Rebecca Elliott
aka Annette Kellerman